The high cost of gentrification

If you rent in Minneapolis, times are bad and getting worse.
Since the light rail and the phase 2 of the Greenway were completed in 2004, a lot of market rate (read gentrification) apartment buildings have been built along both corridors. Three examples:
The Station 38 apartment building stands near the light rail stop at 38th Street and Hiawatha Avenue. Rent is $1460/month for an 863 square foot one-bedroom; and $1700/month for a 1700 square foot two-bedroom.
Another example lies at Hiawatha and Lake on the Blue Line, prime real estate. Four years ago, developers began to push to “develop” at Hiawatha and Lake Street. After much public input insisting on including affordable housing, the developers were allowed to go ahead and build. “The Southsider” now stands across from the YWCA. Apartments rent from $1100 – $1700 per month for units from about 438 square feet to 1014 square feet.
The high-end apartments at SOPHI (south of Phillips) rise above the Greenway at Chicago and Lake Street. When you go to the first page of their website, you will see available apartments of 463 square feet for $1450.
Clearly, most of these units are not sized for families. But are they affordable for the poor and working-class people who live in the area? I have several friends who work in food service in the Minneapolis Public Schools. Their average hourly wage is $15 an hour.
“Cost-burdened” is considered having to spend any more than 30 percent of your income on housing. To pay $1400 per month to rent an average Southsider apartment, my friends would have to pay more than half their salary on housing. To rent a one-bedroom apartment at Station 38, they would have to spend more than 60 percent of their salary for housing.
Consider that the Average Median Income (AMI) in Minneapolis is $50,767. Fifty percent of AMI households would pay 80 percent of their income for the $1700/month units. Even 80 percent of AMI households will pay over half of their income for a $1700/month apartment. All of these households would be “cost-burdened.” Even with the average Minneapolis income of $50,767, half of the apartments mentioned above would leave you “cost-burdened.” The unaffordability is shocking.
This just seems like the wrong kind of development. There is no sense in having this expensive class of housing built here in this part of Minneapolis. Unless developers, investors and planners want a different class of people here in our neighborhoods.
It gets worse. These upscale developments create what is called a “rent gap.” When enough individual buildings are brought up to their highest potential rents, the rest of the properties in the neighborhood manifest a rent gap. Other landlords may then try to close that gap, to also rent their apartments for that high rent. Landlords do this through evictions, demolition and emptying their buildings by letting properties go unrepaired. 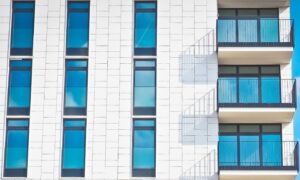 How did this happen? These new upscale developments did not happen by accident. Development is always planned. And how it happens is either with help from or lack of action by City Hall.
In November, the Minneapolis City Council did take action with an “inclusionary zoning” policy for new housing projects of 20 or more units. The policy requires a certain percent of newly constructed apartments to be affordable. Percentages required range from 8 percent to 20 percent affordable for incomes from 60 percent to 30 percent of the average median income.
In response to the chilling statistics above, why not require 30 percent or even 50 percent of new housing built to be affordable? When I asked city staff this, they said they worry that developers will take their money to other cities if we require too high of a percentage of affordable housing.
But here’s the rub. Our City Hall is presented with two options by big real estate: gentrification or disinvestment. This threat leads city planners to set low percentages of affordable housing for new construction, fearing capital flight. Developers and real estate influence our city planners always in one direction. To make land and property more expensive. Toward higher rents, and greater profit.
The city is already unaffordable. A household income of $50,000 can afford only 14 percent of the apartments on the market. A family of four with a $30,000 household income will find nothing available to rent on the market.
So when City Hall says they must set low levels of affordable housing, our response should be to demand bold thinking that isn’t hampered by the usual cozy relationship the city has with big developers and profiteers.
We need to take control away from the partnership of city planners and big real estate developers and imagine a different world.