A complaint, a dreamboat and a nightmare

On April 29, the Minneapolis City Council agreed to begin paying out more than a million dollars to stop the civil trial of Officer Lucas Peterson, charged with the wrongful death of Terrance Franklin. I couldn’t resist writing to the Council:
“Your refusal to hold Lucas Peterson accountable for his actions in the murder of Terrance Franklin continues to legitimize the racist murders of young black men by our Minneapolis Police Department. Lucas Peterson’s obvious lies were impossible to believe, and the city will pay out $975,000 to Franklin’s father and another $250,000 to the law firm hired by the city to cover up this disgrace and you still refuse to hold him or the other officers involved in this tragedy accountable.
“Peterson was charged for the Wrongful Death of Terrance Franklin, but he probably wasn’t the one who killed him. Franklin was probably killed by Durand’s MP5. Franklin was pulled from under the stairway and thrown across the room. Durand probably opened fire, killing Franklin and wounding two fellow officers. Peterson then probably offered to take responsibility for killing Franklin, and they made up the story about Franklin seizing the gun and shooting the other officers. After Franklin was dead and lying on the floor of the basement, Peterson probably picked up his head and shot him seven times in the temple.
“The court documents refute the story dreamed up by Peterson and Durand. Their fantasy version is that Franklin somehow overpowered Durand and took his MP5 and shot the two police officers, and Peterson charged Franklin, pressed up against him to block the fire of the MP5 with his bulletproof vest and shot Franklin in the temple. There are at least a couple of things wrong with that picture. First, if Durand was wearing his MP5 in regulation in a sling across his chest, it would have been almost impossible for Franklin to have taken it from him and turned around and shot the two officers and confronted Peterson. Second, Peterson says he was face to face with Franklin and shot him in the temple. Assuming Peterson is right-handed, and since the medical examiner says the bullets entered Franklin through his right temple, then Peterson would have had an impossible contortion to shoot Franklin in the right temple. Further, in the court documents <https://www.govinfo.gov/content/pkg/USCOURTS-mnd-0_14-cv-01467/pdf/USCOURTS-mnd-0_14-cv-01467-0.pdf> the plaintiffs pointed out there was no blood on the MP5, which would be impossible if Franklin were wedged between Peterson and Durand, and further, there is a critical 70-second gap between the first shots from the MP5 and the rounds from Peterson’s handgun—too much time for Franklin to still remain a threat, but just enough time for Peterson to come up with a story to save Durand from having to admit he shot two fellow officers.
“The people of Minneapolis have a right to know what happened to Terrance Franklin.
“And they have the right to expect that officers who abuse their authority and lie in their reports will be disciplined and fired.”
This, of course, got no response from the mayor or City Council.
I was feeling depressed and cynical about city government, and then, I tuned in Mayor Jacob Frey’s State of the City speech.
He is so gorgeous, so bright, so optimistic. You get lost in his deep blue eyes as he talks about the heroism of our everyday workers and how the city will endure. The State of the City, he says, is Unbound. Then he proceeded to detail how the city is
bound because it’s losing $100 to $200 million in revenue because of COVID-19, and how there are too many homeless, and how they set aside $3 million for rental subsidies and they need five times that amount. But he’s so cute, and they’re going to have a baby in September, and you get lost in those big blue eyes, and that earnest look, that look that says he’s really trying, really, really trying. 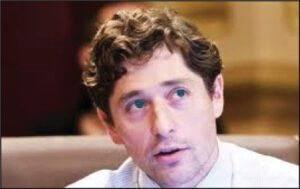 And you get lost in those big blue eyes, and you forget about the world and the present nightmare: a pandemic and an incompetent and malignant narcissist in charge of the federal government.
And you remember Minnesota author Sinclair Lewis’s great novel “It Can’t Happen Here,” about how fascism comes to America.
And you wonder if Donald Trump and Tom Cotton cooked up this whole COVID-19 thing.
There were Chinese reports that two U.S. military men were seen in the Fresh Market in Wuhan on the day of the outbreak. We know Donald Trump authorized $700,000 for research into the coronavirus at the Wuhan Institute of Virology in China. But it is quite a leap to go from that to a covert operation releasing a toxic virus.
Yes, we know Tom Cotton talked Trump into decertifying the Iran Nuclear Pact. And Trump wanted Cotton to head the CIA when he moved Pompeo to State. But then, when they saw the backlash to Trump that had already begun when a Democrat replaced Sessions in Alabama, they probably decided to let Gina handle the front office and Tom and Donald would plan secret operations in the back room. Mehdi Hasan, in The Intercept, calls Cotton a “Trump whisperer.”
Trump is a great reader of polls. He knows he’s tanking. Nothing he does seems to get him over 43% approval rating. But his hard core is very hard core. They want to Make America Great Again. They want America to go back to when you didn’t have to apologize for being racist and sexist and everyone wasn’t so “politically correct.”
The FBI warned in 2006 that white nationalists were taking over police departments. City Heat is a nationwide motorcycle gang made up of cops. They fly Confederate flags and wear Nazi medals. They’re very big in Minneapolis and Chicago, cities where white officers have a high incidence of killing young black men. Bob Kroll,
the head of the Minneapolis Police Federation, rides with them.
I have this recurring nightmare of Trump canceling the elections to protect us from the coronavirus, and, to enforce the order of protection, Bob Kroll leads City Heat in a ride across the Lake Street Bridge just like Caesar crossed the Rubicon, and, like Rome, we’ll lose our republic to an emperor. It was the police who enabled Hitler and the Final Solution. It was the police who collaborated with the military and the CIA to overthrow the democratically elected government of Bolivia last November.
Racist and fascist elements in the Minneapolis Police Department are a threat to all of us, especially right now. The mayor and City Council must find the courage and the intestinal fortitude to take control of the MPD before the MPD begins to take control of us.