If you read (and, you’re reading this) you probably spend a lot of time on the internet these days. There’s a lot of wonderful stuff out there.
Here are some things I found recently …
But first, what is it you miss most about social isolation? Isn’t it a hot, sweaty bar playing loud rock and roll and bodies dancing to a passionate beat? One of my favorite evocations of that ecstasy is Cadillac Kolstad playing boogie-woogie piano at Palmer’s 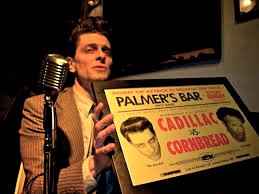 It will be a while before we can return to that kind of hot and funky rock and roll, but Stephen McClellan, who for 30 years was the man who booked the music at First Avenue, is doing his best to keep the fire alive. He’ll be starting an internet online music showcase featuring performances and interviews with local musicians.
He says, “So, on May 22, there will be a pilot program on the internet called ‘Yellin’ At McClellan,’ or more accurately, ‘Stories & History’ from the thousands of local musicians that have gone underground during this coronavirus. This first program will examine a group called Sargasso, or more specifically, the artists Bob Nordquist and Leo Whitebird, and discuss the impact and interaction that make their music one of the hidden treasures that lie beneath the mainstream and part of the vitality and diversity that is our Twin Cities music scene.”
We’ll be keeping a close eye on Steve and his gang, and we’ll post a link to his new show as soon as we get it.
Did you catch the Dorothy Day biography on Channel 2: “Revolution of the Heart: The Dorothy Day Story”?
https://www.pbs.org/video/revolution-of-the-heart-the-dorothy-day-story-lwz697/
When I read a Catholic Worker that someone had left at St. Helena’s Church when I was still going there many years ago, I thought that was the way Jesus meant for us to live. Dorothy Day was a wild Greenwich Village radical in the 1920s, a girlfriend to Eugene O’Neill and a hard drinker. Then she had a religious conversion to Roman Catholicism and started the Catholic Worker, the Catholic Worker Homes as shelters for the homeless, and she began her lifelong protest against war.
She’s on the way to being canonized as a saint. She reminds me more than anything of our McDonald sisters: four nuns who are 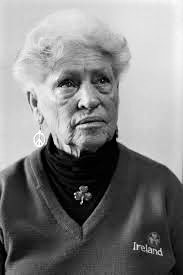 actually sisters and anti-war activists and advocates for the poor. Nuns were criticized by the last Pope (Benedict) for being too socially involved. Sister Brigid McDonald told a writer for MinnPost that the Pope didn’t know what he was talking about: “You can’t just forget the common good and the people who are suffering right now. The more you are with those in pain, the more radical you become to overcome that pain. I don’t think it is possible to go backwards. I really feel that Jesus would want us to go forward and to be out there where the people are in pain. I believe that about Jesus. I always say, Jesus never said worship me, he said follow me, so that is what I am trying to do.”
When I was growing up in South Minneapolis, we would wait for new motion pictures to play the downtown theaters, then they would play (at reduced rates) in the local movie theaters; first the Riverview, then the Nile on 38th Street and 23rd Avenue, and then the Leola on 50th and 34th Ave. The Riverview is all that remains of that golden era of movie palaces in South Minneapolis. During the pandemic they’re running a virtual film festival.
One of their offerings is a documentary based on Thomas Piketty’s international bestseller, “Capital in the Twenty-First Century.” And, if you think a documentary about an economics text would be boring beyond belief, then you are in for a pleasant surprise. The film shows how capital, the accumulation of wealth, has stayed in the hands of the 1 percent for more than 300 years. There are repeated clips of Reagan saying, “Make America Great Again,” encouraging nostalgia for post-World War II prosperity without acknowledging that the prosperity was based on a progressive tax rate that taxed incomes over $200,000 at 91 percent.
Go to http://www.riverviewtheater.com/show/show/2791
It’s worth watching.