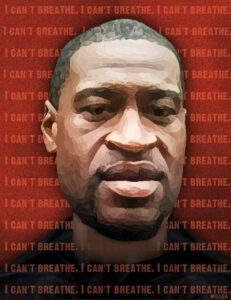 Black Lives Matter has always been about more than the murder of unarmed black people at the hands of the police. It also tackles structural racism that can be seen in everything from our educational system to the fact that our justice system does not uphold the law when it comes to police perpetrators.
This structural racism has been in full effect in the wake of the coronavirus pandemic. People of color are dying at disproportionate rates; financial and housing insecurity has increased disproportionately for people of color; people of color are also a large proportion of the work force that is told to go back to work and risk their lives for the economy, referred to in some cases as “human capital.”
On the other hand, we see images of white privilege across all forms of media on a daily basis. People who found Colin Kaepernick taking a knee to be unseemly and offensive now protest not being able to get a haircut and having to wear a facemask in public. These white protesters are seen walking around with semi-automatic weapons, taking them into businesses, shutting down the Michigan state Capitol. As a white woman I am enraged by these images and the lack of consequences for these perpetrators. I can only imagine what these images must feel like to people of color.
The pandemic has knocked all of us off our feet to one degree or another, but the impact is most potent on people of color who were in many cases already struggling in our “booming” economy. In the wake of coronavirus, the economic uncertainty of large portions of our population has been amplified exponentially. People can’t afford food; it is a matter of when, not if, they get evicted; many don’t have access to health care; and often they or their family members are “essential” and must expose themselves to deadly threat on a daily basis.
Into this festering swell of uncertainty and terror a video emerged. In truth I haven’t watched it. I can’t watch these videos, and I don’t need evidence to believe black people. In it, George Floyd is murdered by the police in cold blood. From what I hear, it is horrific on a scale that surpasses videos that have come before. Part of what makes the video so horrific is the nonchalance of the officers involved. They don’t care that people see them, they don’t care that they are being filmed. They clearly expect to keep their jobs, they expect no consequences.
But there were consequences. The police officers involved were fired swiftly. This IS an unprecedented move, but in light of the horror of the events it was obviously not enough. People demanded charges be filed. They organized peaceful protests. Normally in these cases the police allow people to march and blow off steam with minimal antagonism because people will express themselves, get it out of their system, and be forced to return to the daily grind eventually. This time was different. This time the police were mad. How dare these protesters demand more than the firing of these officers, which in the eyes of the police was already too much. How dare these protesters, who pay the police officers’ salaries, insist that the police are not above the law?
The police responded to the protests with hundreds of tear gas canisters and rubber bullets (not as cuddly as they sound). They wanted the protesters to pay for the fact that police officers faced ANY consequences to their actions. Then buildings started to burn.
There are many questions surrounding the first fire in the AutoZone on Lake and Minnehaha: images of protesters attempting to stop the individual believed to be the arsonist; a striking resemblance between him and a St. Paul police officer; and his rumored retreat to the back door of the 3rd Precinct have questions swirling. But even if the first fire was not set by an agent provocateur, the police antagonism of the protesters is, in my mind, the clear cause of the protest’s transition to riot. When buildings caught on fire, it took a shockingly long time for firefighters to get to the scene. Later, on Thursday night, firefighters never appeared, instead, letting the city burn.
The Minneapolis Police motto is “To Protect with Courage, To Serve with Compassion.” Events of the last week have demonstrated that they are capable of neither. Most of the Minneapolis police force live outside of the city. For example, the officer who murdered George Floyd lives in Oakdale. The police would rather see the city burn than see consequences for fellow officers.
I have always been skeptical of calls to abolish the police, but events of the past week demonstrate to me that there is no other path forward. If the problem was truly a few bad apples, the police department would not have reacted the way it did. Their actions demonstrate that each and every one of them has a guilty conscience. They are violently opposed to consequences for fellow officers because they fear the consequences they may face some day. The whole damn system is guilty as hell.