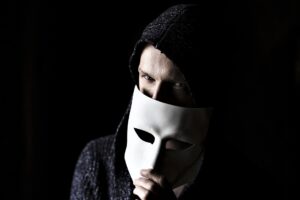 Most elections only involve Republican and Democratic party candidates (in Minnesota, the Democratic-Farmer-Labor Party, or DFL). If other parties’ candidates appear on the ballot, it’s by submitting nominating petitions signed by thousands of voters. A tough assignment!
However, if any statewide candidate gets over 5 percent of the total vote, his or her party is then recognized as a Major Political Party equal to the DFL and Republicans, earning automatic ballot access in the next election.
Anyone who signs an affidavit and pays a small filing fee will be listed on the ballot for the party. The affidavit declares you’re a supporter of the party you sign up for. But it’s toothless, with no penalty for lying.
So, when the Grassroots – Legalize Cannabis Party, and the Legal Marijuana Now Party, both received over 5 percent of the votes in 2018, their rather vestigial party organizations were elevated to major party status and thereby left vulnerable to any mischief-maker with a filing fee and false affidavit.
That’s exactly what’s happened in 2020, as Republican party hacks encouraged counterfeit candidates to dishonestly file for office on the two new major party tickets. Two out of 13 Grassroots candidates are bogus, and five or more of the LMN’s 16 candidates are Republican imposters. The phonies have Republican backgrounds and have never been cannabis advocates or activists.
These Trump trolls’ tactics are aimed at blocking chances for cannabis legalization in Minnesota, by deceiving voters and discrediting the anti-prohibition political parties.
Their goal is to “siphon” votes to their imposter candidates in certain swing districts, hoping most of all to keep the DFL from winning a State Senate majority. The Republican-controlled Senate is all that is blocking legal weed, since the DFL governor and lower legislative House both are willing to legalize.
Since Minnesota doesn’t use the Initiative-petition direct lawmaking procedure, cannabis freedom fighters created the Grassroots party idea as an indirect electoral surrogate for the cause. Republicans might get away with their dishonest dirty trick of filing fake candidates, or maybe they’ll discover that “whosoever diggeth a pit, will fall in it.”