Around 5 p.m. Sunday, Aug. 23, Kenosha police officers responded to a reported domestic when a woman called saying her boyfriend was present and was court-ordered not to be on the premises. Officer Rusten Sheskey and his partner tried to detain Jacob Blake. He resisted arrest. They tasered him. It didn’t slow him down. He went to his car, opened the driver’s side door and leaned in. A knife was found on the floor of the driver’s side front seat. Officer Sheskey fired seven shots into Blake’s back.
Protests and demonstrations followed. Buildings were burned.
Monday at the Republican convention the St. Louis couple that pointed guns at Black Lives Matter protesters spoke in a cameo appearance. She said, “Make no mistake: No matter where you live, your family will not be safe in the radical Democrats’ America.”
The Kenosha Guard, a conservative militia, issued a call to members to come to Kenosha and protect private property. The Kenosha Guard was a Facebook page started by Kevin Mathewson, a former member of the Kenosha City Council. He had over a thousand responses when he asked for people to come armed to Kenosha to protect private property. One of the eager responders was 17-year-old Kyle Rittenhouse from Antioch, Ill., just 21 miles away. He is seen in videos from Wednesday night saying to a reporter, “We don’t have non-lethal,” while wearing his Smith and Wesson AR 15 with 30 rounds. In another video he is seen asking a passing armored vehicle for water. The armored vehicle stops, an officer throws Rittenhouse some bottled water and says, “We appreciate you guys. We really do.”
Right after that, the police try to “kettle” the demonstrators. They will have a massive force drive them into the militia. 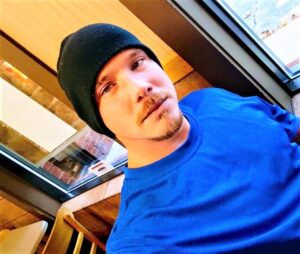 The protesters were pushed back from the Kenosha County Courthouse and then from Civic Center Park. The police, National Guard troops and at least four military-grade armored vehicles started raining down tear gas, rubber bullets and concussion grenades on the demonstrators. They retreated, taking cover behind dumpsters and makeshift shields and umbrellas. They ran into a heavily armed group of militiamen amassing at a gas station that was boarded up.
The demonstrators tried to talk to the militia.
Joseph Rosenbaum tried to talk to Kyle Rittenhouse. A crowd of demonstrators were starting to gather around them. Rittenhouse runs to get away. Rosenbaum follows him.
Originally from Texas, Joseph “Jo-jo” Rosenbaum worked at the Kenosha Wendy’s. He had a fiancée, and they shared a daughter.
Rosenbaum catches up with Rittenhouse in a car lot. He tries to talk to him. He reaches to brush aside the gun. Rittenhouse fires four times and kills him.
Rittenhouse runs. People from the crowd chase him.
Rittenhouse trips, falls to the ground. Someone tries for his gun. Rittenhouse fires but misses. 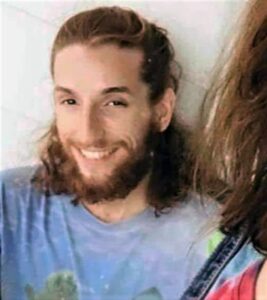