Some inspirational folks who are aging gracefully; plus, explosion of senior workouts online 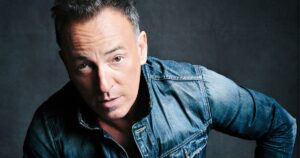 First, let us consider the staggering array of online workouts available these days, especially those geared toward seniors who might have mobility issues. Chair workouts and zero-impact aerobics (ZIP) dominate the list. There are stand-alone companies like GrowYoung Fitness (https://www.youtube.com/watch?v=lQn6LXA4_2c), along with the Ys, private health clubs big and small, yoga studios, and single personal training entrepreneurs. I should warn you that a lot of these apps advertise themselves as being free but are not. “Free to download” is the modern equivalent of “pure and natural.” What it generally means is that you download it, use it for a few seconds, and then it says you can use it free for a week or two and then be automatically subscribed. Some of the monthly charges are quite high. So, beware. However, the YWCAs and Silver Sneakers videos are free even if you’re not a member, as are all the things you can find on YouTube. I’m not sure how long that will last; it was due to COVID that all this took off.
This exercise excursion made me think about Jane Fonda. She’s not going to be one of my exemplars (sorry, Jane) but I do recommend her work in “Grace and Frankie” (Netflix), especially the parts where she and Lily Tomlin are trying to market a special senior vibrator design to their old networks. Comedy gold.
To be on my select list of inspirational folks, a person has to meet my strict criteria:
• Older than me (I will be 68 by the time you read this)
• Well known enough that this won’t be the first you have heard of them
• Still alive at the time of writing
• Have some ineffable quality that inspires me. 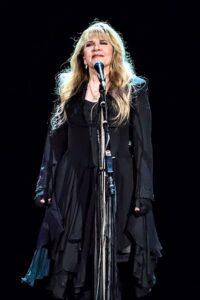 I discovered lots of cool life stories about my inspirations that I hadn’t known before. Like that Yoko Ono went to elementary
school with the future emperor of Japan. But anyway, let’s jump into the list of inspiring cultural icons of elder status.
We’ll start with none other than the honorable U.S. senator from Vermont, Bernard Sanders (born Sept. 8, 1941). Reasons to admire and emulate Bernie Sanders: He has stayed remarkably true to his best principles but does learn from his mistakes. He is not at all a utopian dreamer, as his opponents portray him, but is rather as acute a pragmatist as one can be and still have principles. Consider this quote from his Senate.gov biographer: “The Almanac of American Politics calls Sanders a ‘practical and successful legislator.’ Throughout his career he has focused on the shrinking American middle class and the growing income and wealth gaps in the United States. As chairman of the Senate Committee on Veterans’ Affairs, Sanders in 2014 passed legislation reforming the VA health care system. Congressional Quarterly said he was able ‘to bridge Washington’s toxic partisan divide and cut one of the most significant deals in years.’” He is lovable (remember the bird incident? And the meme contrasting little kids’ reactions to Bernie and to Trump?) and very quotable. He seems to have real compassion for the downtrodden working class that he works so tirelessly for, and he has a wonderful self-deprecating air about him that bespeaks true humility.
My second inspirational icon is a total pivot—Stephanie Lynn Nicks (May 26, 1948), better known as Stevie Nicks. It’s funny that I chose her from out of many female rock stars that I have listened to and been a fan of far more. But her record in the music world as a tireless creator and a pioneer for women in rock pretty much persuaded me. Nicks only got into what had previously been a British band, Fleetwood Mac, because her musical and romantic partner, Lindsey Buckingham, said they were a “package deal.” But Nicks made Fleetwood Mac stars. Her distinctive voice is what’s mainly associated with their sound, and she wrote most of their biggest hits. Perhaps this is why she is the only woman to be inducted twice into the Rock and Roll Hall of Fame, the second time for her sometimes rocky but successful solo career. And this is also a big reason to admire her, especially with the fact that she’ll keep creating until she drops, and that she is truly generous to all those protegees who look up to her. 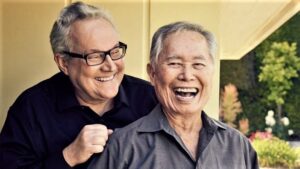 My third inspirational icon is another rock and roll Hall of Famer. I listened to him a lot from the early 1980s right up to today, unlike Stevie Nicks, whom I am only now appreciating. He was highlighted recently by Rolling Stone, for his new album, and by The Atlantic, for aging gracefully, so then, of course, AARP had to pick him up. I am referring to the Boss, Bruce Springsteen (Sept. 23, 1949). He is another one, like Sanders, who developed a moral compass early and sticks to it religiously. That’s one of his inspirational traits. Also, like Nicks, he is incredibly prolific, hard-working and selfless in his rock and roll life. He is still true to his bedrock working-class heritage and is one of the few megastars who would be genuinely embarrassed by all the glamour and bling that a lot of them thrive on.
My fourth guiding light in the world of aging well is the oldest of my picks. (She was born a month before my late mother.) She is also a lyricist and performer, mainly associated with rock and jazz, as well as an avant-garde artist, a philanthropist, a peace activist, and one of the most famous (and controversial) widows in the world. I am speaking, of course, of Yoko Ono (born Feb. 18, 1933.) Although she’s not in the Rock Hall of Fame, she has plenty of awards. “Double Fantasy” (with John Lennon) alone won two top awards—the Juno International Album of the Year, and the Grammy Album of the Year. Her 2001 video about the making of “Imagine” also won a Grammy. She has also amassed six Lifetime-, Outstanding-, or Humanitarian-type awards from organizations like ASCAP and the Observer newspaper. Reasons to love Yoko Ono: She has experienced a ton of heartbreak all her life (just read her Wikipedia bio to see) and yet you wouldn’t dream of pitying her and she wouldn’t let you. Trouble makes her stronger, and strength makes her beautiful. 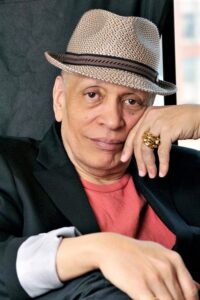 For my fifth inspiration, I am pivoting to the world of literature. Here, I want to shine a light on a writer who is well known,
celebrated, the source of good movies, etc., but still, I think, somewhat underappreciated: Walter Mosley. Mosley was born in California on Jan. 12, 1952. His parents, an African-American man from Louisiana and a white Jewish woman, were not married at the time solely because they couldn’t get the state of California to issue them a license. You probably know Mosley as a writer of detective story series, but he is also a writer of Afrofuturist science fiction, various non-genre novels, stand-alone mysteries, a bit of erotica, at least two plays, and left-wing political analysis with a sort of Wobbly anarchist bent. (One of his wildest characters is a detective self-named Archibald Lawless, Anarchist-at-large). Reasons to admire Walter Mosley are all found in his writing. I defy you to read him and not admire what he does.
My sixth inspirational figure is most well known as an actor, but is also something none of the others are (including another actor who will be the seventh and last in my list): a social media superstar. At the age of 83 no less! This is the Japanese-American actor and activist George Takei (born Hosato Takei on April 20, 1937). The second oldest figure in my gallery, he is in many ways the most modern. Possibly being from the future, i.e., the Star Trek universe (Takei played Mr. Sulu), accounts for that. He is loved and admired by many as a legend on Facebook and Twitter, where his most famous meme is “Oh! M-y-y-y-y!” But he has a serious side, also admirable. As a gay man, happily married, and as a former internee in American concentration camps for Japanese citizens, he is an outspoken activist. He wrote a well-received play on the former subject called “Allegiance.”
My seventh and last inspirational figure (and being last does not mean least; quite the contrary) is truly an underappreciated genius in my view. This is the actor and activist Anna Deavere Smith (born Sept. 18, 1950.) Known for her roles as NSA Advisor Dr. Nancy McNally in “The West Wing,” hospital administrator Gloria Akalitus in the series “Nurse Jackie,” and U.S. District Court Clerk Tina Krissman on “For the People,” she started her career as a stage actor and went on to act in TV and films, and to be an award-winning playwright, a professor of drama at three universities, and an all-round champion of the arts and humanities. (One of her early TV roles was a long stint in the soap opera “All My Children.”) She has been much on the streaming airwaves recently, not only for the reunion show of “The West Wing,” but also because two of her plays from the early 1990s—“Fires in the Mirror” about the Crown Heights riots, and “House Arrest” about the U.S. presidency—have enjoyed recent revivals as timely quarantine streaming events. Check out this YouTube interview where she discusses identity and disruption: https://www.youtube.com/watch?v=d7DwiD_gfqI.