Proposal to change the MPD

Members of the City Council have been working since the summer of 2020 to get a proposal on the city ballot that would drastically reform the Minneapolis Police Department. Council members say that they envision a new Community Safety and Violence Prevention Department, which might, they say, include the MPD.
Council Members Jeremy Schroeder, Phillipe Cunningham and Steve Fletcher are behind the new proposal, which could drastically change how the MPD is organized and funded.
The Minneapolis city charter now says that the MPD must have a minimum force based on the city’s population. According to the charter, the size of the police force must be at least 0.0017 employees per resident and must provide for those employees’ compensation. The current charter gives the mayor control over the department’s operations with the City Council in charge of funding it.
The call for change in the MPD began last summer when George Floyd died at the hands of police. Floyd’s death was followed by demonstrations and riots and, at first, the calls for change were uncompromising.
In June, nine members of the Minneapolis City Council attended a rally in Powderhorn Park, joining with community groups Black Visions Collective and Reclaim the Block, to advocate defunding and dismantling the Minneapolis Police Department. At the rally, some council members pledged to defund the police.
Republicans around the country, including the GOP candidate for president, began to use the accusation that candidates running against Republicans would “defund the police,” using the charge as a way to rally their supporters. The local backlash to “defund the police” was harsh. The issue also attracted national attention, causing some council members to backpedal and soften their language. 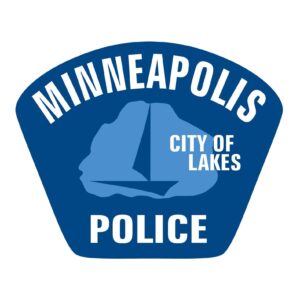 Council member Steve Fletcher wrote in an op-ed for Time magazine, “reform can be daunting, even scary” but asked readers to “reimagine what public safety means.”
Council Member Phillipe Cunningham told The New York Times that the language in the pledge was “up for interpretation. It was very clear that most of us had interpreted that language differently,” he said.
Lisa Bender, the council president, admitted that the pledge had “created confusion in our community.”
Council members now say they simply want to change the city charter so the council would have more control over the MPD. Instead of the current system, a new Department of Community Safety and Violence Prevention could include a reformed department of police. Changing the city charter requires a citywide vote and council members hope that the proposal, put before the public, will pass and become law.
Members of the council were not always anti-police. At a community meeting in the summer of 2019, two members of the City Council, Jeremy Schroeder and Andrew Johnson, heard constituents in the 11th and 12th wards express concern about the then rising property crime rate. They both expressed concern that more police, not fewer, would help solve the crime problems. “We would like to see what we all can do as citizens to make things better. We all want better response times,” he told them. “People want a beat cop in their neighborhood. We need more of a budget for cops, but these things might not happen. Officers are doing great work, but this is about getting better results.”
Council Member Johnson said he was convinced that more police officers could serve the area better if assigned to traffic enforcement, especially with roads and streets closed due to construction projects. “We can be more efficient with more traffic enforcement. There is next to none now.”
When in 2020, the crime rate in Minneapolis began to soar, the idea of defunding lost much of its support. Now in 2021, crime rates continue to rise. Compared to last January, the number of people wounded by gunshots is up 250 percent, rape is up 22 percent and robbery is up 59 percent compared to last year.
“After the killing of George Floyd and widespread public outcry in our communities,” said Schroeder when asked about the new proposal, “the City Council made a commitment to transform our public safety system. To that end, we proposed a change to our city charter that would provide a more flexible structure. After a public hearing, this proposal may then be forwarded to the Minneapolis Charter Commission for its review, as required by law.”
Sasha Cotton, the director of the new Office of Violence Prevention for Minneapolis, told WCCO her department is researching what has worked in other cities and promised that some of the solutions she learns could be implemented as early as this spring, with the MPD as part of the fix.
In early December, Frey and Police Chief Medaria Arradondo had called the proposed cuts to the MPD “irresponsible and untenable,” saying that it would put the public in danger. Arradondo cited more than 500 shootings and 80 homicides, calling the proposal by City Council President Lisa Bender and Council Members Phillipe Cunningham and Steve Fletcher to reduce the number of officers, reckless.
In December, Mayor Jacob Frey signed a city budget that took nearly $8 million of the MPD budget to pay for crime prevention programs through the department, including mental health crisis response and emergency response teams, but he retained the current number of officers. This was a compromise after the City Council had approved a proposal to cut the city’s authorized police force by 138 officers. Instead, the department will be keeping staffing levels.
Frey has announced that he plans to run for reelection in 2021. On Tuesday, Jan. 25, the MPD announced that Chief Arradondo was being considered for police chief in San Jose, Calif., but shortly afterward, the chief withdrew as a finalist. Our chief says he “remains committed to the public safety of the residents and businesses of Minneapolis and moving our city forward in collaboration with our communities.”