Who’s running for mayor of Minneapolis?

Last June, in response to all that was happening, I posted on Facebook that if Jacob Frey would not step up and help the people, I was going to have to run against him. He didn’t, I did.
On Jan. 21, 2021, he announced that he thought the city should reelect him. In his announcement he complained that the last year presented “unprecedented challenges.” That’s true, but we need to evaluate him on how he performed. We needed a leader who could rise to those challenges, show us vision, public problem-solving and action-based solutions. The police shooting, the economic collapse, the insurrection and burning of our commercial streets, and the need for city attention to rebuilding threw this city into chaos. The pandemic, the homelessness and hunger of four out of every 10 people in the city continues to be a real humanitarian crisis. 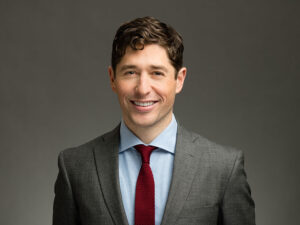 The truth is, that although the mayor showed caring, emotional reactions that I don’t doubt were honest, he was not willing to get out into his city and find solutions. We saw examples of elected officials that were. Rep. Aisha Gomez actually took security shifts at the Powderhorn homeless encampment and protected people from police when they were evicted. Park Commissioner Londell French was all over the parks, volunteering, listening and dialoguing with both unsheltered and sheltered people. County Commissioner Angela Conley was everywhere constantly, from George Floyd Square to peaceful demonstrations. This is where good ideas come from, involvement and communication with constituents.
The most substantive comment from our mayor on the largest encampment our state has ever seen was that the needs were “infinite.” Something that is both not true and stifling to the effort to find solutions.
A weak mayor system requires coalition building, team building, listening and creativity. I was part of Don Fraser’s mobilization of the city to focus on the problems of youth and growing up. I was one of the worker bees in Sharon Sayles Belton’s creation of the Minneapolis Initiative against Racism. These required risk- taking, indomitable energy and giving away lots of credit to community members and other elected officials. These activities changed our city. Realistically I always knew this was not the historical moment for an old white male to take the lead. As most of the people I needed to support me signed on to another campaign, I was forced to face reality. I was not going to be mayor. 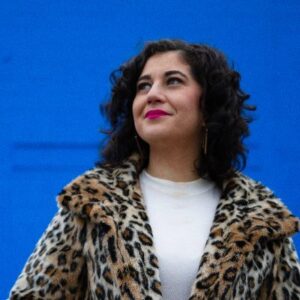 The other candidate is Sheila Nezhad. Sheila and I have gotten to know each other over the last few months. Her employer, and mutual friend, Ricardo Levins Morales called me to sing her praises.
I find her a thoughtful, caring, open, energetic and charismatic leader. She has been involved in working on our city for years, and recently was instrumental in creating the People’s Budget as an alternative to the mayor’s budget. I find this document to be excellent.
Of course, the issue of public safety has dominated her work for the last year, as is appropriate, and she has been a leader with MPD150 and Reclaim the Block. She has a stellar group of committed activists surrounding her, contributors and a growing impressive list of endorsements. This list will soon include me.
I hope to help her (not that she needs it) with analysis, program and campaign strategy. She brings to the city the skill set, experience and inclination that is needed in our present multiple crises. Mayor Frey sadly does not.
Websites for more information:
Sheilaforthepeople.com
https://docs.google.com/document/d/16-3SKF5E040Zax0nemxedPWRRsv3FJgStKO4s0lCeWw/edit?usp=sharing