Is President Biden’s proposal regarding health care the improvement we need? How does it compare to Universal Single Payer (Improved Medicare for All)?
Biden’s plan reads like a campaign promo piece. He speaks in glowing terms about how great the Obama Affordable Care Act (ACA) is and how he’ll make it better. The ACA did some good things, but it has not solved our health care disaster, and it has left many millions with no coverage.
Health care policy is very complex and can be intimidating. The cost and complication is primarily caused by the insurance industry. Insurance companies often get between us and our doctors. 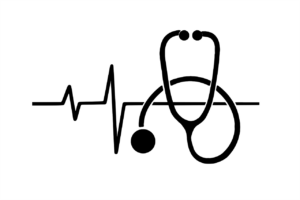 The rest of the industrialized world has solved this problem with universal health care through a Single Payer. They do it to make their nation more economically competitive and provide a healthy, happy, productive work force. Single Payer is all in, no one out. You have your choice of doctor, hospital or clinic. It costs half as much as the U.S. model using insurance, and the cost to you is determined by your ability to pay. It has better health outcomes and there is no annual enrollment.
Biden’s proposal is filled with good-sounding phrases, some misleading at best. For example, the piece on the public option uses “… Medicare like …”. It is not Medicare, it is publicly subsidized private insurance. It states, “… reduce the cost of health insurance …” and “… more affordable option …”, again achieved with subsidies. Biden plans to use our public money to reduce costs. Money from one pocket to the next to subsidize insurance companies and call it savings.
Biden is lifting the income cap, allowing those with much higher incomes to benefit from the subsidies and tax credits compared to the ACA. He still has deductibles and out of pocket costs. He claims this will end surprise billing for out of network care and end market concentration.
Biden will repeal the existing law explicitly barring Medicare from negotiating lower prices with drug companies, but Medicare for All would negotiate drug prices for all Americans, giving them the leverage of the biggest market in the world to reduce the price. Biden also plans to limit price increases on generics and other drugs, allow U.S. citizens to buy drugs from other countries, end tax breaks for drug advertisement and improve the supplies of generics. Maternal and infant mortality rates in the U.S. are at the levels of non-industrialized countries. Biden wants to work on this issue. A Single Payer System would alleviate this problem.
Biden’s plan makes many promises. It is complicated and expensive. It will not stabilize this nation or reduce the anxiety across the country. Biden said it himself: “Nothing is going to change.” His proposal will only be a marginal improvement.
A universal Single Payer system would be simpler, less expensive and everyone would be covered. This would help all people and would help the small and medium businesses crushed by COVID-19, increase jobs, wages and the economy. The entire industrialized world is already doing it.