Taxpayers have now paid almost 1 million dollars for the Hiawatha Golf Course Master Plan. When the Park Board is questioned about the viability of any feature of their plan, their response is, “It’s just a concept.”
Well, I have to agree that it is truly a concept, made up in someone’s fanciful mind.
I first questioned the realistic nature of their planning when I read their original document. It stated that they were proposing a parking lot on the golf course property at East 43rd Street and 23rd Avenue South. Having grown up two blocks away, the first thing that came to my mind was the steep 30-foot or so drop from the street to the golf course at that location. Were they going to put in an elevator for the cars to get them up and down? An unrealistic concept. 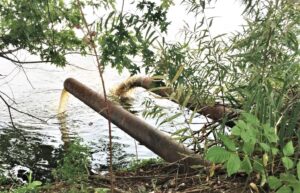 Then, they proposed daylighting of the 43rd Street storm sewer pipe at 43rd and 19th, thus creating an open sewer from there to the lake. Their document said that they had not done any grading analysis to determine if the water in this new channel would actually flow in the direction of the lake. If it didn’t, the houses in that neighborhood would be flooded. An unproven concept.
Another important question has been the protection of the homes to the west from flooding once pumping is stopped at the golf course. Their answer has always been that two pumps placed in the neighborhoods will protect the homes. Experts I have talked to do not endorse this plan. Plus, what really startled me was a statement in the MPRB documents that said once the pumping at the golf course stops, groundwater levels in neighborhoods will rise as far away as Powderhorn Park, requiring increased pumping from Powderhorn Lake. So, this one change will put at risk all low-lying homes between Lake Hiawatha and Powderhorn Lake. And, the City of Minneapolis and the MPRB will have to, somehow, put in place a pumping regime in the neighborhoods that will protect hundreds of homes. I guess, it’s just a concept! Who really cares if it works?
And, the new plan will require tons of fill to raise the new 9-hole golf course above the level of Lake Hiawatha. In some places, this will require up to 7 or 8 feet of fill. This will also reduce the floodplain that is so critical to keeping homes dry. At one point, someone asked the MPRB why they couldn’t just elevate the 18-hole golf course above the level of the lake. Their answer was that they couldn’t do it because they would lose part of the critical floodplain. Now, losing part of the critical floodplain is in their plan. So, which concept about floodplain storage is valid? I guess it doesn’t matter to the MPRB because it is just a concept.
And, when people question the safety of the new plan, which puts golfers, pedestrians and kayakers in dangerous proximity to each other, I guess it is just a concept, so no one should worry.
And then there is the infamous berm. Originally, it was so unsafe that it could burst at any time and drown golfers. Now, the concept is to use it as a trail around the lake for pedestrians. Which concept is real?
How many more millions of dollars does the MPRB need to spend before they put out a real plan that is not just a “concept” full of crazy pipe dreams?
Let’s count the lies.
The Park Board will be voting on whether to approve the Hiawatha Golf Course Master Plan in the near future. But how can the public be confident in this plan when so many lies have been served up by the Park Board to justify it? Here are the lies:
• The golf course is sinking – a lie.
• The berm will break and kill golfers – a lie.
• The golf course was in violation of its pumping permits – a lie.
• The DNR will not let the Park Board continue pumping – a lie.
• The pumping is unsound and is polluting Lake Hiawatha – a lie.
• The new plan will reduce pollution in Lake Hiawatha – a lie.
• The cost of repair and revenue loss from the 2014 storm was $4 million – a lie.
• The Black community is OK with a 9-hole course and some historical recognition – a lie.
• The neighborhood supports the plan – a lie.
• The neighborhood can accommodate increased traffic from the plan – a lie.
• The pumping volumes were a surprise – a lie. Since 2012 the Park Board and the City have intentionally dumped millions more gallons of storm water on the golf course every year.
• It costs too much to pump – a lie. Electricity bills show that it costs a few hundred dollars per year, at most.
• The Park Board wants citizen input – a lie. The Community Advisory Committee was disbanded when the members looked like they would vote against the plan that the Park Board wanted.
• The Park Board will restore the property to what it was before Wirth built the golf course. A lie, since they will add tons of fill that will change the property more than Wirth ever did.
• Dredging the outbound creek will not lower the lake level enough. An opinion, since it WILL lower the lake level which WILL reduce pumping.
• The golf course is unsustainable. A statement with little definition or meaning.
• The new plan will protect the homes from flooding. A future lie? They have provided insufficient engineering data to back this up.
• The Park Board will pay for the new golf course with profits from the Minneapolis golf courses. Likely a lie, since the Park Board’s mismanagement of the golf courses has produced a profit only twice in the past 10 years.
• A partner (the Loppet?) will pay for the cross-country ski enhancements. Likely a lie, since the Loppet is in debt.
• A partner restaurateur will pay for a new restaurant through their profits over 25 years. Very unlikely.
• This plan will reduce the trash problem in Lake Hiawatha. A future lie? No concrete information has been provided as to how this will be accomplished.
The MPRB has spent almost $1 million of taxpayer money on a plan founded on lies. Minneapolis taxpayers should be livid that their hard-earned money is being frittered away by the Park Board.
The revised plan will be posted on Feb. 12, with presentation to the full Board in March for approval or rejection. 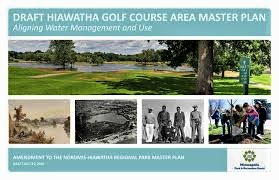