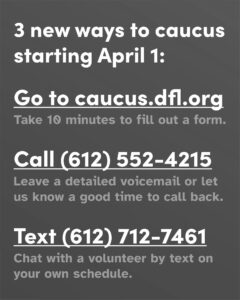 This year the entire Minneapolis city government is on the ballot—the mayor, all 13 council members, the Board of Estimate and Taxation and the Park Board. All of these elected officials have been through a lot as the city has been traumatized by the pandemic, the George Floyd murder and subsequent reaction, the closing down of much of our hospitality industry, the rise of unsheltered people camping in our parks, and a level of poverty, hunger, unemployment and desperation unseen since the Depression of the 1930s. There is already a lot of political activity, and most elected offices will be vigorously contested.
In November, the state DFL asked cities to design a process for caucuses and endorsements that did not include in-person meetings. 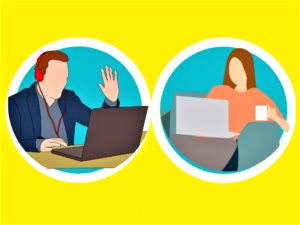 I am on the Minneapolis DFL Central Committee and we had a lot of meetings to argue, discuss and iron out a plan. This proposed plan went to the DFL State Executive Committee (SEC) for approval on Monday, Feb. 15.
In the meantime, Mayor Frey’s reelection campaign was not going well. It seems that there is a lot of dissatisfaction with his lack of leadership and his inability to work with the City Council and community partners.
Over the weekend, the mayor and a few of the most conservative council members and Park Board commissioners sent a letter to the DFL state party chair asking that they not allow Minneapolis to do any endorsements this year. They contended that the new process was not inclusive, would degrade the party, and its endorsements would be invalid.
For a mayor who ran without the endorsement four years ago, and may have difficulty getting endorsed this year, the rationale seemed disingenuous. Also, those of us toiling to agree to the best decisions were nonplussed by the end-around to the state. Several of the complaining campaigns had been involved in the process, and they had been supportive in the meetings. The final plan reflected changes that the signers of the letter had requested. If they changed their mind, they could have picked up the phone to text or emailed the rest of us to talk about their issues.
The DFL SEC approved the plan with what some say was a unanimous vote, others say not unanimous. It was a voice vote so we don’t have a record of any Nays.
Then on Tuesday night, Feb. 16, the Minneapolis DFL met to approve the final plan. Well over 70 people logged on to our Zoom meeting. Some DFL regulars who wanted to know what was going on, some first-timers who had not been to any of our meetings who had no idea of what the plan was, and critics. There were unnecessary and unfair personal attacks on City Chair Devin Hogan, when he was just trying to do his (unpaid and volunteer) job.
Some felt the all-online process would be confusing and poor people who do not have phones or computers could be excluded. The city party has set up a phone number for people to correspond with in any language to help facilitate non-computer participation.
The majority felt that this online process would be more inclusive. They felt the old system was a hardship on people with jobs, families and other responsibilities. The caucuses required people to trek to a three- or four-hour meeting in the winter. If elected a delegate, they were then committed to a six- to eight-hour ward convention, and then another six to eight hours for the city convention. The virtual plan simply required a person to log on and cast a ballot—a fraction of the time commitment.
Here are the dates and deadlines in the plan for this year:
*March 17 – The deadline for a candidate to get on the list of campaigns seeking endorsement for the caucuses. You don’t need to be on the list to run, but, well, it’ll probably help.
*April 1 to April 30 – DFLers who live in Minneapolis have an entire month to log in and join their caucus, declare their candidacy for delegate for the ward convention or the city convention. Delegate candidates will have the opportunity to declare their support for a candidate, issue, or be uncommitted.
*April 27, 7 p.m. – A virtual “caucus night” event for each ward, where DFLers can meet with campaigns and candidates, discuss proposed rules, and break bread together as Democrats. This is not required to participate in the process.
*May 12 to May 18 – a ballot will be emailed to all caucus registrants. They will vote for delegates.
*May 19 – The last date to declare for endorsement for the City Council, mayor and other races.
*June 2 to June 8 – Online balloting by delegates for ward conventions (City Council).
*“Ward conventions” are the weekend of June 5-6, 2021. One ward starting per hour, every hour. Saturday is Ward 1 through Ward 7, beginning at 11 a.m. Sunday is Ward 8 through Ward 13, beginning at noon. These will feature typical events including a candidate forum and opportunity for longer candidate speeches.
*June 9 to June 15 – Online balloting by delegates for city convention for mayor, Board of Estimate and Taxation and Park Board.
*“City convention” is on Saturday, June 12. Speeches and forums for Park Board, Board of Estimate, and mayoral races.
There will be open tabulation of ballots, in virtual teller rooms, which campaigns can observe. No secret ballots for delegates.
Elections will use ranked choice voting. Delegates will have the opportunity to select first, second, and third choice, for example.
There will be virtual events for caucuses (April 27); for wards (June 5-6); and the city (June 12), in which delegates and candidates can politick, socialize and see each other on Zoom.
There will be ways for people without computers to participate by phone or text or request help.
The DFL will educate people about the process and encourage people to assist others to log in.
This process is new, and will require patience and all of us to work together. The assembling of online ballots for every precinct will be a large task, and volunteers will be needed. This is not as labor intensive as 14 conventions and 132 caucuses, but it will be unfamiliar and still require a lot of time.