Charles Rodgers is running for Park Board 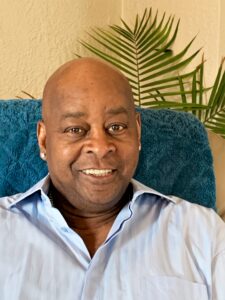 Charles Rodgers is running for Park Board. That’s good news for people in South Minneapolis who want a park system that works for all of us.
He says, “Growing up in Memphis, the only child of a single mom employed long hours as a domestic to a wealthy family, the parks were a refuge from the crime and poverty in my neighborhood. It was there that I first learned to golf, a passion of mine still today. I learned how to play basketball and run track through the sports the park offered. I also benefited from the mentoring of the older kids and adults who frequented the park. It was there I learned the importance of community, a commitment that has guided me since.”
Our park system is in a state of crisis, Rodgers says. “The vision of the park system that meets the needs of individuals, families and communities is becoming dimmer by the moment,” he says. “There needs to be more accountability for where and how the park’s revenue is allocated. I believe there needs to be more accountability for equitable outcomes.”
The incumbent Fifth District park commissioner, Steffanie Musich, has been pushing a plan to turn Hiawatha Golf Course into a swamp. She says it’s more natural. But there’s nothing natural about the city dumping sand on the streets in the winter that washes down the storm sewer system from Lake Street to 43rd Street, from Chicago Avenue to 27th Avenue and ends up in Lake Hiawatha. The sand has reduced the depth of Lake Hiawatha from 33 feet in 1929 to 3 feet in many places. There’s nothing natural about that. The dam at the outlet at 45th Street and 27th Avenue traps heavy chemicals used on lawns that travel the length of Minnehaha Creek from Lake Harriet to Lake Hiawatha, creating a toxic stew that makes the lake unsafe for swimming. There’s nothing natural about that.
Of all the golf courses in the Minneapolis system, Hiawatha gets the least amount of money for maintenance, and it’s the only course actually inside the city. Columbia is inside the city limits but on the border of Columbia Heights; they got $665,645 for maintenance last year. Meadowbrook Golf Course in St. Louis Park got $653,671. Wirth in Golden Valley got $671,124 and Gross in St. Anthony Park got $700,854. Hiawatha only got $585,265—13% less than the average of the other courses. That systematic discrimination has persisted for years.
The Citizen Advisory Committee, which discussed the plan, didn’t include people from north of 42nd Street—including the Midtown neighborhoods of Bryant, Bancroft, Central, Powderhorn, and Corcoran plus the entire Phillips Community. About 52,000 people live in these inner-city neighborhoods.
The Park Board asked residents in an area-wide survey what they thought of the plan, and the respondents resolutely rejected it.
The park commissioners, after spending four years and almost a million dollars on developing the plan, couldn’t find the votes on the Park Board to approve it, and it looks like the plan is dead, but there’s a possibility that the Swamp Monsters will try to revive it.
The Hiawatha Golf Course in South Minneapolis was the home of the first national golf tournament open to African Americans. It was called The Bronze. Since then, Hiawatha has been a comfortable home to African American golfers. Park Board planning staff have said they would like to put up a plaque somewhere commemorating Hiawatha’s cultural history after they turn the course into a swamp. But isn’t that a bit like starving someone, shooting them, and then pinning a medal on them?