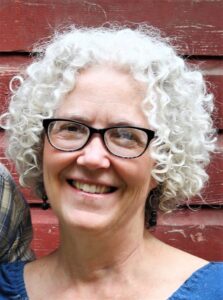 Two Zoom forums on the question of transforming models of public safety were held within a week of each other, but they couldn’t have been more different. The first one, on Feb. 22, was a panel discussion hosted by a candidate for the Ward 2 City Council position, Robin Wonsley Worlobah. We at Southside Pride thought that the second one was possibly in response, because the public invitation came to us from the current holder of that position, Council Member Cam Gordon. But it turned out he was not involved in hosting or presenting it; rather it was a webinar presented by the city’s Office of Violence Prevention. This occurred on March 2.
But it made a nice contrast. All of the panelists in the panel discussion were community-based activists, so they were presenting an ideal vision from the outside, as it were. All of the presenters in the webinar were city or police department functionaries, so they were presenting an insider’s view of what may be a system on the cusp of change. 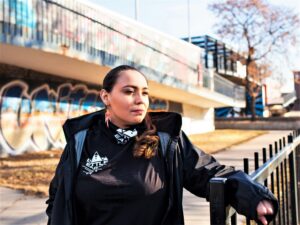 The panel for the panel discussion consisted of Raj Sethuraju (co-chair of NAACP Criminal Justice Committee and assistant professor in the Law Enforcement Department at Metro State University), Michele Braley (executive director, Seward Longfellow Restorative Justice), Margarita (Rita) Ortega (community organizer at Little Earth and other places, and leader in the American Indian Movement/AIM), and Bol Benjamin and Frank McCrary (organizers, SEIU Local 26).
All of the panelists were consistent in saying one thing, which could be boiled down to “police don’t really keep us safe.” None of these people were hardline “abolish the police” spokespersons, or at least I didn’t hear that. What I heard was—our communities need more. Just not more police. More of something better than police; something, someone, some group who can do these things that police either can’t or won’t do. Like keep vulnerable people safe.
Although all the panelists were great storytellers and great at extracting practical points from the stories, the two women, Rita and Michele, excelled. Rita gave very concrete, fact-filled accounts of organizing Little Earth, starting in the two hours before the first curfew in the George Floyd uprising. She described how they talked agitated people out of escalating, how they faced down the National Guard without violence erupting, how they closed Cedar Avenue and set up checkpoints.
Michele not only gave accounts of what happened throughout Seward and Longfellow during the critical time period, but related it both back to the history of the last five or so years of trying to build restorative justice, and forward into what they have done since the uprising, how it changed the terrain, and what they hope from the city and other powers for the future. Toward the end, Michele remarked that city funding over the last six years to her project has totaled only $40,000. “So, certainly there’s a lot of room to put their money where their mouth is to say what are we going to really invest in,” she concluded, referring to City Council members specifically referring to Seward Longfellow Restorative Justice as part of their plans for community safety “beyond policing.”
The webinar from the Office of Violence Prevention (OVP) ping-ponged around between speakers, who were not all introduced at the beginning. The most frequent speakers were Sasha Cotton, director of the OVP, and the Assistant Police Chief Henry Halvorson. The webinar was hosted by Jen White, who I believe said she works for Cotton in the OVP.
In addition to the speakers, the Zoom screen displayed, seemingly at random, a small selection of interpreters. In the case of Somali and Spanish interpreters, you saw a big head talking away, but no explanation of who they were (I only figured out they were interpreters about 10 minutes in). And there were also two ASL interpreters, who took turns but often were both on the screen. Combined with the fact of no program or agenda being given out, and technical difficulties as well, it was super confusing to follow, to be honest.
So, since the whole webinar focused on talking about what the OVP is there for, what they have done so far, and what they plan to do next, and since the city has a very thorough, though strangely organized, website, I have extracted their message in my chosen way—research—on the internet. The OVP is less than three years old, but I imagine its profile within the city has shot up in importance since May 25, 2020.
As far as I could parse out from the rather stream-of-consciousness nature of the webinar, the main themes being addressed were RFPs, grants and funding sources, where funding would be going (that was already allocated), and how to apply for some of what’s not yet allocated, the Violence Interrupters, and what is going on within the MPD. About the first half hour was one-way communication of what the city wanted us to know, and the next hour was driven by citizen questions, either emailed in advance through the Facebook event, or typed in real time into the Q&A channel in Zoom.
Cotton at one point described how the OVP gathers community input by a segmented approach. One segment is called Engagement, and here she called on Cheyenne Brodeen, also from the OVP, who conducted focus groups. The results from these groups indicated concerns with ineffectiveness in community services, from police (often with racism and misogyny noted); a need for culturally specific responders; no apparent program for violence prevention; and concerns about emotional health and lack of training for community responders. Most groups expressed the need for alternatives to police, and for the city to pay communities for their ideas, and to have equitable funding.
Here are a few random facts I gleaned from the webinar or subsequent research:
• CANDO and Corcoran (together? or each?) will be receiving $600K for the Violence Interrupters program’s work.
• The Violence Interrupters program was introduced in the fall of 2020.
• The MPD is recruiting to fill in gaps caused by a wave of resignations and is specifically trying to recruit Minneapolis residents.
• Several citizen questioners wanted the Police Activity League program to come back.
• The MPD is teaching officers a Procedural Justice Model with four main points: giving a voice, being neutral, gaining trust, being respectful.
• There was a survey of downtown Minneapolis residents. You can read the report on that here: https://www.thedmna.org/wp-content/uploads/2021/02/DMNA-PSTF-Safety-Survey-Results-FINAL-1.pdf.
• There is also an open survey that anyone can participate in. You can access that and get more information about city programs here: https://www.minneapolismn.gov/government/programs-initiatives/community-safety/.