Hennepin Avenue, downtown and uptown, a “main street” in flux 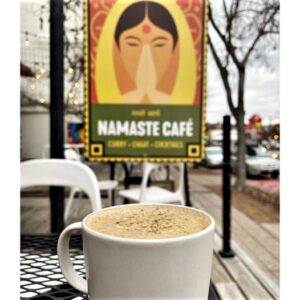 Chai on the patio at
Namaste

Hennepin Avenue has had more than just a global pandemic to deal with in the past year. Both downtown Minneapolis and the former shopping mecca known as Uptown were heavily targeted by civil unrest and looting in the wake of the George Floyd murder. The “mall” off the Greenway near the Uptown Transit Station was the scene of encampments of houseless persons, and the rough displacement of them at some point by city authorities.
The commercial anchor of Hennepin and Lake, formerly known as Calhoun Square but now appearing to be nameless (it isn’t really), as well as boarded up and more than half empty, was put up for sale some time ago and purchased in October 2019 by Northpond Partners. Now the avenue is in the early stages of an urban redesign, and merchants are dismayed by the tentative plans to reduce street parking very significantly. A lot is still up in the air, but here’s what’s still standing (and not) after a fraught year.

Hennepin downtown is not known for office buildings, but the big trend downtown is wondering which companies are coming “back to the office,” when, and in what numbers. Everybody remarked all the past year about how “dead” the skyways are. There were a couple of instances of fairly widespread looting and property destruction downtown. 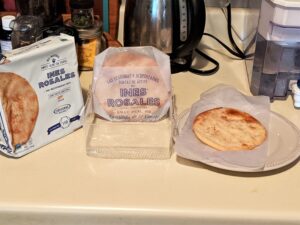 And of course, downtown restaurants are in an even worse state than neighborhood and suburban ones, for all those reasons, plus the recession. The Bird on Harmon Place closed even before COVID-19, and the Bachelor Farmer on 2nd Avenue early on. Summer saw Moose and Sadie’s and The 508 in the North Loop and McCormick and Schmick’s on Nicollet Mall close, followed by The Butcher and Boar on Hennepin and Izzy’s Ice Cream on South 2nd Street. All three skyway Peace Coffee locations recently announced they are not reopening.
Minneapolis Community and Technical College is part of the story about how community colleges have had worse enrollment declines than universities, which is the reverse of how it usually works in a recession. According to a November 2020 piece in the Minneapolis Star Tribune, overall state enrollment for community colleges is down 6%, while it’s 9.5% nationally.

Hennepin Avenue UMC (Methodist church) is not actually on Hennepin Avenue, and don’t try to get to it that way. Like virtually all Twin Cities congregations, it’s been doing remote online everything except for mission work. One of their missions I have had occasion to use and really appreciate is hosting a free veterinary clinic staffed by students from the U of M once a month. This continues.
The Walker Art Center has been impacted greatly by COVID-19. They closed their wonderfully quirky artists’ mini-golf course and there’s no word on whether it will reopen. I hope so; I was planning to go sometime. As we get south of downtown and the dreaded spaghetti junction, we’ll pass another sad 2020 loss—Liquor Lyle’s, the iconic dive bar. 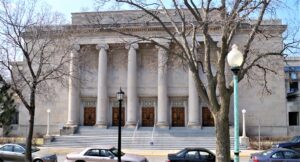 Temple Israel isn’t really on Hennepin Avenue either, although you can see it as you drive by. The official address is on Emerson Avenue, but it’s right where Emerson sort of merges into Hennepin at 24th Street.
Temple Israel has several notable or historical things about it, including being the oldest synagogue in Minneapolis, and one of the largest in the U.S. Now a Reform congregation, it was founded as Shaarai Tov in 1878 by German-speaking immigrants, and housed in a long-gone Moorish Revival building downtown. The present building was built 50 years later, in 1928.
Temple Israel has a tradition of very distinguished and, in some cases, very long-serving rabbis. Rabbi Samuel N. Deinard served from 1901 until his untimely death in 1921, during which time he greatly grew the congregation, oversaw the switch to Reform Judaism and the change of the name to Temple Israel, and founded the American Jewish World, which is still in publication today.
Rabbi Deinard’s successor served as head rabbi for 41 years. Rabbi Marcia Zimmerman was hired as assistant rabbi in 1988 and named senior rabbi in 2001, making her the first woman senior rabbi of a congregation of more than 2,000 families in the United States. 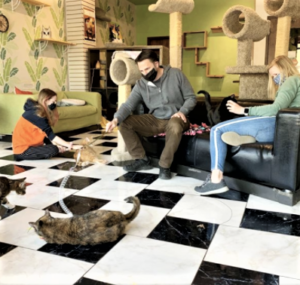 There’s a Kowalski’s grocery store on Hennepin that I had never shopped at before. I tried it out and liked it. I am somewhat addicted to an expensive but delicious international treat that is only available (as far as I know, besides online) at Kowalski’s—Ines Rosales Tortas. I got a package and made it last almost a week.
I’ll also mention three eating-drinking establishments in the vicinity. They all three have chai. One is the Café Meow—a cat cafe, which means a coffee shop where you can hang out with cats. Their unique thing is you can also adopt a cat or two if you’re worthy of it (and pay the adoption fee, usually $150). After a few months of doing video cat visitations, they opened up last spring with socially-distanced indoor operations with reservations to limit numbers and time. This is still available; check the website for hours, rules and booking.
The next is Sencha Tea Bar. I have not managed to visit them yet, but they’re on my radar. Their online menu, blog, Facebook page and Instagram feed are distinguished by the most beautiful photography and artful displays. The array of international styles of tea they serve is amazing. Currently they offer takeout only, or you can buy tea and merchandise online, with free shipping with orders over $49.
The third highlight is a full menu restaurant that also has a chai thing going on the side. This is Namaste Café, a Nepalese-Indian restaurant that is omnivorous but with a strong vegan selection and a correspondingly strong vegan fan base. And also, chai. I have dined there, in pre-COVID days, with a vegan meetup group. I highly recommend their food. According to their social media, they are now also open for patio dining as well as takeout or delivery (via GrubHub).

Libraries, bookstores and movie theaters have all suffered similar depredations under COVID. The ones in Uptown are no exception.
The Walker Library is open for “grab and go,” which is explained on the website hclib.org. Their hours are: Closed Sunday and Monday; noon to 9 p.m. Wednesday; and 9 a.m. to 5 p.m. other days. Meeting rooms are not available, but short computer use is. Materials can be returned but don’t need to be yet. The entire Hennepin County system has recently gone fine-free.
According to the signage, the Uptown Theatre has “movies to-go.” I’m not sure what that is, so call them or see their website. They appear to at least have virtual screenings of current movies.
Magers & Quinn is open for limited browsing, and according to their sign out front, they’re even buying books. They are also doing a lot of their business online with shipping, as has been going on all year. I got an M&Q gift certificate, so I had occasion to use their website, and it works very smoothly.

The shopping center at Hennepin and Lake has been renamed Seven Points, but there is no signage as yet that I could see in a recent drive-by. Sushi Tango and Fig and Farrow, which were located within, closed at various points during the pandemic. Also closed, and in the vicinity, were Chino Latino and Truce Juice Bar. Truce was part of a local chain, and all of them closed at once. Dining establishments are getting a bit thin on the ground around there.
One option is to go a few blocks west on Lake Street where you will find Barbette, a French bistro sort of place. According to Google, it is once again open for limited indoor dining, as well as patio dining and curbside pickup. 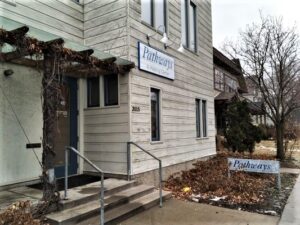 Between Lake Street and 36th Street, where Hennepin Avenue ends at the gates of Lakewood Cemetery, there are a few small businesses. One of them, a concern called Health Recovery, was a healing center using the very alternative and sometimes controversial modality called orthomolecular medicine to treat addictions and chronic conditions. (Orthomolecular medicine is characterized by extremely high doses of vitamins and supplements.) Although the clinic is closed permanently, there is still an online store selling the remedies and books of its founder.
Another healing center, and this is one I unreservedly recommend, is Pathways. I was practically a founding member/participant at Pathways when it was just a year or so old. I drifted away from it after a few intense years, and then moved out of the country for a spell, and they have evolved (gotten much bigger, and more formally organized) in the meantime, but they still seem to have the same ethos of inclusive service.
Pathways is a healing center running on donations and grants, and serving people who have either life-threatening or chronic conditions. They offer a wide variety of healing modes and practical help, from Reiki to yoga to mindfulness, from creative visualization to standard psychotherapy to studying the enneagram. They are operating only in remote mode for now, it appears, but still welcome new member/participants.