Walk a mile in our shoes

This time the police killing was in Brooklyn Center. Last time it was Minneapolis, and before that Robbinsdale. Long before any of these, a man was beaten to death by police in Hibbing. The train of killings is widespread and storied, yet people who haven’t lived the experience of having a family member killed by police just don’t seem to understand.
Understanding other people’s experience is hard. It is something that children aren’t born with the ability to do and is a lifelong learning process for most. But just because you haven’t lived something or just because it didn’t happen to you doesn’t mean it’s not true. Those of us who have direct experience with police brutality have run into this denial of lived experience in its most virulent fashion. Our neighbors have persistently wounded us, the families of those who were killed, with their words in the process of justifying our loved ones’ murders. We attribute the shameful behavior of our neighbors to police narratives that neglect to accurately represent the situation that precipitated the deaths, and to the media that almost without fail has accepted and parroted these false stories. 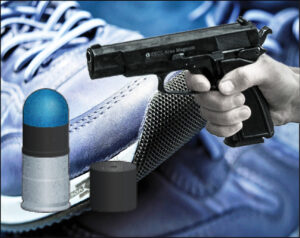 Sadly, our community has taken the polite, yet inaccurate, police narrative and released the most disgusting bile toward the families of the slain. These comments from the community range from horribly racist to objectively inhumane. Family members are subjected to comments like this on social media:
“That guy is a f***ing criminal. They should have taken out his whole family!”
This inevitably leaks into the schools, where children of murdered fathers hear:
“My dad thinks your dad deserved to die and wishes the cops killed your mom with him. I think that too!”
And if the families of the murdered go to the streets to protest for change, we later read:
“I’m ready for some Tiananmen Square s***, otherwise f*** these people.”
And when, without cause, I was shot by a rubber bullet and lost my eye, a woman said to my face:
“If you didn’t misbehave you wouldn’t have gotten hurt.”
It came out just last week that police flying helicopters in Los Angeles were openly talking about wanting to douse protestors in aviation fuel and light them on fire. Unfortunately, this is a sentiment shared by many in our own community.
People saying horrible things about one another is an unfortunate phenomenon in life, but our community has been primed to say these things by the way that the police have hidden the truth around deadly force incidents. The way that the police and uncritical media have controlled the narrative about police killings has created an environment where people could reasonably believe that police misconduct does not exist. George Floyd’s family is getting a trial of his killers because bystanders videoed what happened and people protested en masse. Had his killing gone unrecorded and had the police been allowed to tailor the story as they saw fit, we would not be seeing this trial nor would President Biden and every major company in America have validated the worth of George Floyd’s life. That national outcry would instead be replaced with comments demeaning that very same worth. We can assert this confidently because our loved ones have been maligned for years, languishing in the public discourse without widely accessible video. There have been over 400 police killings in Minnesota in the past 20 years, but the official and public response has only once before cast the victim in such a favorable light. Of those 400 killings, there have only been four trials for the officers involved.
Given the untrustworthiness of the police narrative and the inhumanity of certain community members, the families of the slain are calling for a vital change in state law to give them even footing in the contest for truth. We need all the body and car cam footage from critical incidents released to the families within 48 hours of the incident. Kobe’s Bill, named after an autistic man that was shot at his home in Brooklyn Center, proposes just this. Evidence and visibility are vital if families are to effectively advocate for a trial like Minnesotans were able to do for George Floyd. For too long the police have had a stranglehold over the narrative of the killings they commit. Minnesota families who know better are calling on the legislature to give them the information they need to set the record straight.

Soren Stevenson was shot with a rubber bullet and lost his left eye last summer. Don Williams is the grandfather of Brian Quinones who was killed by police in Richfield in 2019.