Change and stability coexisting on Franklin Avenue in Seward 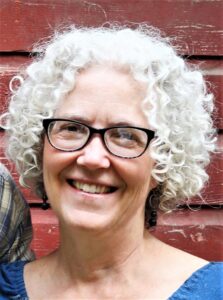 Right now, Seward neighborhood and Franklin Avenue from Cedar eastward to the bridge is percolating politically. There’s a city council race coming up in Ward 2 that will be very interesting. With the expected DFL outcome behind us of “no endorsement,” this race solidifies to one between an “old guard” leftist and a fiery young socialist. The incumbent, Cam Gordon, has not forsaken his left-of-liberal, pro-environment, pro-working-class stance. His serious challenger is Robin Wonsley Worlobah, veteran of Fight for 15, the Black Lives Matter uprising, and other recent struggles. Both of these candidates eschew the DFL for their own reasons, and both are seeking the Democratic Socialists of America (DSA) endorsement. As I was writing this, word came through that Robin won the endorsement of Twin Cities DSA.
Then there’s the crisis with the neighborhood group, Seward Neighborhood Group (SNG). SNG had a minor revolution a little over a year ago and elected a lot of new board members, and a board chair who is a POC and only 18 years old. As the memes say, that’s How It Started. To see How It’s Going, read the article in this paper on that topic. It’s possible that this meltdown could have some benefit to Cam Gordon’s campaign if it’s seen as a warning not to embrace the young and radical too eagerly. To keep up to date with SNG, check their website, sng.org.
Another political flashpoint affecting the whole city, of course, is the raging debate over proposals to defund the Minneapolis Police Department (MPD). Conflict is rife between Black Lives Matter and other activist groups that sprang up either before or in the wake of the uprising over the police murder of George Floyd, and the city’s halting but earnest attempts (so far) to meet these contending needs and demands halfway. The lines of battle are far from being clearly drawn.
They’re certainly not drawn on racial lines. There are African Americans and other POC in significant numbers on at least three sides of the debate: (1) We are dying mostly from crime and need more, but better, cops, (2) We need a massive radical reform that reduces police power and funding, or (3) Cops cannot be reformed, eventually we need total abolition. All of these positions have white allies. Thus you see white activists attacking POC-led nonprofits (such as Agape, whose contract with the city has been covered here) and accusing them of being proxies for the police. This is all very relevant to the Seward neighborhood for two reasons. One, Seward Longfellow Restorative Justice is one of the city contract recipients and a nationally recognized leader in the “radical reform” movement. Two, Robin and Cam have both made this struggle central to their appeal for votes. 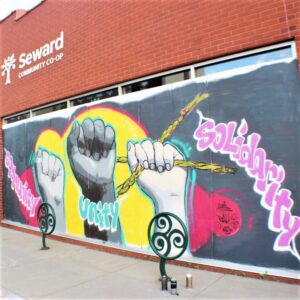 And finally, a hyperlocal concern, Seward Co-op, bless its heart, is once again being criticized and organized against and it’s for something so stupid. Cashiers are asking for the right to sit while working the tills. That’s it, that’s the controversy. This should be a given, in my opinion. But they’re going to collectively bargain over it. (Good thing they got that union!)
But I don’t mean to be too harsh toward Seward Co-op, which is still 98% awesome and my favorite grocery store. (I have a very low member number and I always round up!) So now to get into the usual neighborhood survey, but I’m going to start at the other end of the avenue, with a building that used to house the Co-op before it grew too big.
The business there called Music Box Karaoke and Sushi has permanently closed, according to Google, but the sign remains. There are currently two businesses using that address – Rebecca’s Bakery and Shega Foods. Rebecca’s is an Italian bakery selling coffee and various individual bakery items such as biscotti, amaretti, cannoli, cream puffs and ricotta pies. They also sell coffee drinks, baklava, and whole decorated cakes.

Shega Foods offers an enticing array of spices, as well as grains, beans, flours and more. From their website, after describing their journey as Ethiopian immigrants: “For the last 20 years, we have been striving to deliver quality food … from the freshest spices for family dinners all the way to bulk requests. Our injera has been the #1 injeras provider in the Minneapolis/Saint Paul area, and now available to the masses.”
Next to the east is the 47-year-old cooperative cafe, Seward Café. It has been “temporarily closed” for its usual business for over a year, but way open in terms of aiding the community. The three main (but by no means the only) programs still ongoing are a food and necessities distribution called the Seward Free Store, the use of the kitchen for both a mutual aid service preparing meals for homeless communities and a pop-up restaurant for Midori’s Floating World, whose 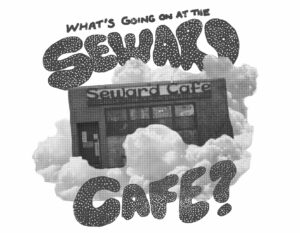 regular place of business was severely damaged in the uprising, and a full-on communal garden, in that it’s all one big space with people giving work and supplies as they can and taking produce as they need.
Just to the east are two Seward stalwarts. One is Welna II Hardware, which has been open as a vital supplier throughout the pandemic. (According to their website, they are hiring.) The other is Tracy’s Saloon and Eatery, which, like most restaurants and bars, has been up and down. They are one of only a few eateries and bars that are open for dining-in on this stretch, but they also do takeout and delivery via Bite Squad.
Set back a bit from the avenue is a favorite bookstore of mine, Boneshaker Books. The “new” collective running it isn’t that new anymore. Boneshaker is working its way toward being fully open. Currently, they sell online year-round via Bookshop (bookshop.org/shop/boneshaker) and when the weather cooperates, they run outdoor in-person sales up to four days a week. (See their website for details.) 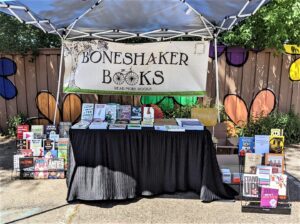 There are (at least) three arts nonprofits along the avenue that have survived the pandemic. All three appear to be moving back to full activity as well. These are Northern Clay Center, Articulture, and the Playwrights’ Center. Check their websites for more details.
Fast becoming a neighborhood hotspot is the food and small business incubator called Seward Makes. It currently houses two businesses – Seward Soft Serve (vegan and dairy ice cream) and Thumbs Cookies, which sells cookies. Seward Soft Serve has both vegan and dairy soft-serve ice cream in two flavors each, in cone, cup, or pint, or as a bespoke sundae. They also sell coffee, and bakery items from rotating guest bakeries including Laune Bakery (Seward-based) and Sift (gluten-free).
There are several good eating establishments in addition to those mentioned already. Shabelle Ethiopian Restaurant is, I believe, still in takeout-only mode. Check their Facebook page. Pita King is pretty much 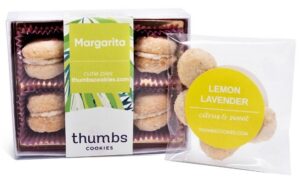 a takeout anyway. They have no website, but you can see their menu and get delivery from doordash.com. Code Blu is a non-franchise coffee shop; they have a bare-bones website but no online ordering, just walk-up. Soberfish, which I have written about before, still remains a favorite of mine if I want to treat myself. They have excellent sushi, as well as full Thai or Japanese meals.

The Co-op Creamery Café has been closed since the start of the pandemic. It is going to reopen, but the date is still to be determined. Capital City Café, housed on the ground floor of the Metro Place Condominiums along with some other small businesses, serves breakfast and lunch as well as coffee and snacks. And finally, in the category of places to get a meal, 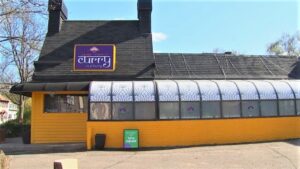 Curry in a Hurry during Gandhi Mahal’s buildout

Curry in a Hurry! This is the fast-food outlet of Gandhi Mahal, started to keep the business going while they rebuild their 27th Avenue building that was lost to arson. But I think (and hope) it may remain, if and when the parent restaurant reopens.
I want to quickly mention Zipps Liquor, for the perfect illustration of change and stability. A family-owned business that’s been there for ages, they introduced both curbside service and local delivery for the pandemic. And for now, they’re keeping their mask rule in place. Good for them!
And we’ll end with the Seward Co-op Franklin store. Inside dining will return there on June 24. Already, the hot bar and self-serve coffee has reopened and the sidewalk dining (only accessible from inside) is available. The mask mandate has been relaxed in line with city and state 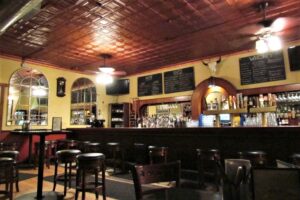 laws, but is still “strongly encouraged.” Classes are still available in virtual mode for now. And they’re already gearing up for the 2021 Board of Directors election, so get your application in if you’re interested. Hopefully 2021 will see another in-person annual meeting with awesome food.