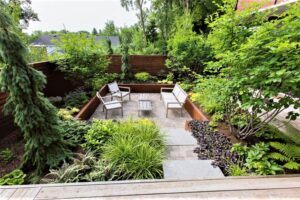 Cedar Avenue, in the high 30s and low 40s of cross streets, is sort of my backyard, my stomping ground. So I was caught off-guard by the multi-story apartment building with a Lunds & Byerlys grocery store as its anchor tenant popping up seemingly overnight sometime during the pandemic. It seemed like it was just breaking ground one day and the next day my neighbors were asking me how I liked the new Lunds.
It probably was no quicker than any other comparable project, but just another symptom of the strange time warp that formed around 2020. Anyway, I tried it out, and I like it just fine. We are suddenly so rich in grocery options, and the experience of last June and July makes us really appreciate them.
Still, I wanted to try out La Alborada, the Mexican market my friend has praised. (She is not Mexican herself but is married to someone who is, and they also normally winter in Mexico, whatever normal even is anymore.) I am kind of shy going to a place where they may not have any English speakers, and I may not find anything to buy, so I asked her to take me there when she next shopped. It is a delightful place, as long as you know what you want, i.e., understand Mexican foodways. I am learning. 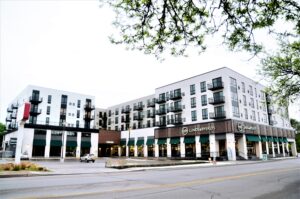 La Alborada is not very large, but has a great selection of fresh produce, pantry items, deli items, meat and fish, at very reasonable prices. It also has a small café attached where you can grab a quick meal or snack or take something home. It’s located at 1855 E. Lake St., less than a block east of Cedar.
And then, of course, there is the venerable Everett’s Foods, with its amazing butcher counter and smokehouse. They’re still ticking along, having done an inside “reset” soon after the start of the pandemic in order to have more distance between aisles. Everett’s is another place that looks small but has an amazingly broad choice of products.
From the West Bank neighborhood all the way south to the city border, where the avenue turns into Highway 77, Cedar manages to pack in a lot of interesting businesses for what is primarily a residential street. At almost its northern end there is (as far as I’m aware) its only bookstore, another old-timer, May Day Books. If you want to catch a glimpse of what the internet looked like 25 years ago, check out maydaybookstore.org. It’s incredibly old school, despite the fact that it’s still maintained pretty regularly. But don’t think you can order books from it. They have a phone for that.
Most of the other businesses of note on the West Bank are bars and restaurants. In the latter category, The Red Sea is a very popular Ethiopian restaurant. More or less next to it is Keefer Court, a small takeout place that has changed a little but persisted, at least since I lived in the neighborhood back in 1984. Keefer Court is sort of two restaurants in one, or rather a bakery and a restaurant, both Chinese. Also, although it’s no longer doing this, Keefer Court was serving as a pop-up mutual aid food giveaway site last winter. You can order items delivered from them via Grubhub, DoorDash, or Uber Eats. And you can order delivery from the Red Sea via Bite Squad. 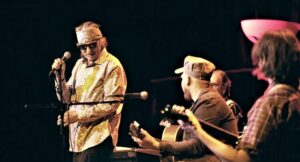 One other business in this area is the Cedar Cultural Center, a nonprofit venue for arts, mostly music. The Cedar will return to live music in August, barring unforeseen events. In the meantime, they have developed a streaming platform called the Cedar Public Access Channel. They present live shows streamed on their channel either via Facebook or YouTube, with a suggested donation rather than a ticket. (Artists are paid.) For the month of July, they are presenting a four-episode Mni Sota Native Music Series. See the website for details.
In the bars-with-live-music category (which is most bars in that area) the spot that used to be the Nomad World Pub is now the Part Wolf Pub. In addition to live music and craft beers, the Part Wolf also hosts a bocce league, open to all, and soccer matches. The change of ownership and name actually occurred in 2019, but we didn’t cover any bars in 2020 since they were all closed most of the year.
Just across the avenue is Palmer’s Bar, a West Bank landmark, and the only one of the five bars mentioned here I have actually frequented. I was going to say “in my misspent youth,” but I didn’t grow up or attend college here, so in fact I may have been 40, or at least fast approaching it, when I first hung out at Palmer’s Bar. Palmer’s also has live music, very good music, but for sports it mainly sticks to pool. 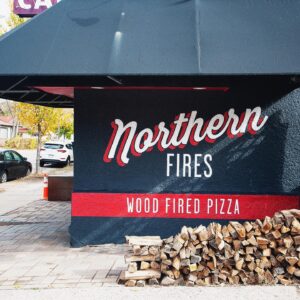 A little farther south on Cedar is a spot where Cedar veers off into a loop to the west, before rejoining its course at Franklin. Here you find Scooterville, which sells motor scooters, and three bars, only two of which reopened after the pandemic. These are Whiskey Junction, The Joint, and the Cabooze. Whiskey Junction is the one that didn’t make it. The Joint is primarily a biker bar. The Cabooze is another very popular venue for live music.
Farther south at 27th and Cedar is Phillips Garden, a very fine landscaping business. They have been in business for 35 years, and their offices serve as a quick advertisement of their work and aesthetic sense. For a more thorough look, their website has some stunning photos of their recently completed projects.
As we get south of Lake Street, there are some more interesting businesses on Cedar. Another bar, without live music, but with Jucy Lucys. Some say (including me) the original Jucy Lucy. It’s Matt’s Bar, and after having some months of selling Lucys to go, Matt’s is back to its usual thing – tall boys, pull tabs, fries and burgers – a winning combination. Now in its 67th year, Matt’s has received numerous awards and has appeared in publications from Hamburgers Across America to The New York Times.
A bit farther south is the very popular Cedar Inn. Now offering indoor dining and drinking as well, their menu is available to go or via most delivery services. They have a version of the Lucy called a Cheezie Wheezie, and also various battered and fried vegetables, a cod sandwich, grilled cheese, BLT, and wings and things. They also have a large and partially shaded patio if you prefer the great outdoors. Best thing is that they’re open until 2 a.m. 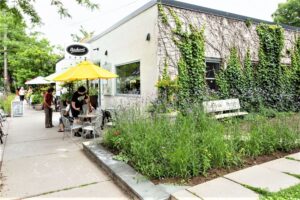 Another business happily back to normal functions is Flamingo’s Divine Vintage, an “occasional” antique store specializing in mid-century modern. They are run as a collection of vendors, each with their own space, and are open one long weekend per month. The signs in the front window tell when the next sale occurs. Flamingo’s is not the only antique store on the avenue. Down the road, just south of 42nd Street, is Groovy’s. They are a bit more oriented to the 1960s-1980s, and include vintage clothing and other fun stuff in their wares.
And here’s a thing I never really noticed before. Cedar Avenue has a seller of metal detectors! They’re located at 3746 Cedar Ave., and they even have a web presence of a very barebones sort, at www.treasurefinder.com. Maybe that delightful BBC show “The Detectorists” has inspired you to go metal detecting, and here is your local source of supplies and knowledge!
Across the street is a nonprofit called Metro Blooms. This is not a new organization; in fact, its roots go back to 1979, when the city first sponsored garden awards programs under a project area called Committee on the Urban Environment (CUE). As their website explains: “Over time, we became a nonprofit to secure ongoing support and funding for the program; the Friends of CUE transitioned to Minneapolis Blooms; and finally, in 2008, we became Metro Blooms.” 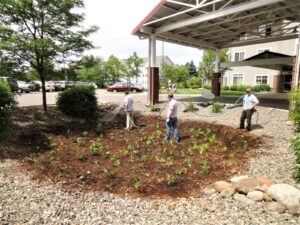 However, although not new itself, it is in a new location and a new phase of work. The garden awards program stopped in 2016, and in 2019 Metro Blooms was selected by a state agency to manage applications for a program called Lawns to Legumes, which helps individuals plant pollinator gardens to replace turf lawns and reduce toxic runoff. Also in 2019 they launched a for-profit entity called Design + Build, employing crews to do sustainable natural landscaping.
As we get south of 40th Street there are some restaurants and other eateries (an ice cream place, a Caribou and a Starbucks) to mention. Chain coffee shops need no explanation, but the ice cream spot is the Minneapolis outpost of Grand Ole Creamery. Their menu for inside or curbside pickup includes bowls and cones, shakes and malts, ice cream sandwiches and ice cream cake (a whole cake) as well as pints or quarts. For only pints or quarts, you can also get delivery by Bite Squad.
Three restaurants in particular, all Italian, broadly speaking, I hope to revisit more in depth at a later date. The first, actually on 42nd Street but just a short block east of Cedar, is the relatively new Northern Fires Pizza. It’s the latest business in the tiny spot that was most recently a Mexican bakery. This is a gourmet takeout wood-fired pizza place. They have their own online ordering for pickup, or you can order in person. Their selection sounds phenomenal and right up my alley, with lots of local and organic ingredients, lots of vegetarian options, and house-made iced tea.
The next is ie/Italian Eatery, just across the road from that Lunds & Byerlys I mentioned earlier. It seems like more of an authentic Italian fine dining sort of place, with things like a half chicken confit, a pasta dish with bay scallops and corn crema, lamb chops, Calabrian cauliflower, imported limonata, and gelato from Sonny’s. They are now open for indoor dining. They also have an online ordering pickup menu. I’m not sure about delivery.
The last is yet another place I’ve never been to, but I used to hear about it from friends. And amazingly it’s still there. Farthest south of the eateries, this is Fat Lorenzo’s. Not fine dining, but more than a pizza place, and with its own family-style traditional touches, this is the only one of the three that has delivery, their own delivery as far north as 38th Street, or they are also available on Bite Squad. Their unique offerings include calcinato (“an Italian quesadilla”), a cold Niçoise hoagie, and house-made gelato.