The race for City Council in Ward 8 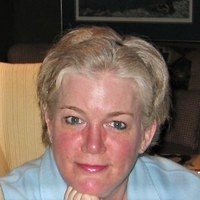 On Thursday, June 24, Southside Pride wrote to Andrea Jenkins and Julie Stroeve, the two known candidates for City Council in Ward 8. We asked each candidate to please answer the following questions and send their responses by noon Monday, June 28.
Only Julie Stroeve answered the questionnaire:

1. Do you support the part of the 2040 Plan that calls for unrestricted zoning from downtown to 42nd Street?
I’m concerned – based upon what I’ve observed from Downtown to Uptown and Lyn-Lake – that “development anywhere and any kind” is creating a housing crisis for low to mid-level income workers and seniors. We don’t have to worry about the 1%. They’ll always be fine, thank you very much. One of the primary justifications developers provide for this explosive growth of high-income housing is that density will bring rents and home (condo) prices down; the classic “supply and demand” argument. I’m nearing 70 years old and I’ve never experienced rent decreases or residential home price declines in my lifetime, including the aftermath of the Great Global Economic Crash of 2007-08. Some form of rent control and property tax abatement for seniors on fixed incomes is high on my priority list.

2. Would you support residency for City employees?
Definitely. City of Minneapolis employees receive a generous salary and benefit package and they can afford to live in and support the City that employs them. I would support a 24-month-phased residency plan for new and existing employees. Some of our city employees could become a considerable voice in the struggle for affordable housing in Minneapolis.

3. What steps would you take to hold Minneapolis police officers accountable?
First and foremost, the MPD must insist their officers live in the city they are sworn to serve and protect, and I’m unable to understand why this requirement was relaxed some years ago. (Again, a 24-month phase-in following training.) A diverse city like Minneapolis requires a diverse police force that looks like us, that moves about the city like us, and that shares our values and concerns for the Community like us. An officer who lives in the exurbs and spends eight hours in the city, who then goes home to the exurbs, doesn’t experience life with the cultural, economic, and racial diversity and richness that Minneapolis residents do. Second, a cultural change must occur. Chief Arradondo is fully capable of enacting such reform when given state legislative, city council, and Federation access to these avenues of change. Psychological and emotional, racial diversity and equity, violence background checks, militia training – these are just a few of the key areas we need to filter our young police recruits for fitness to serve. The Federation is key here. It’s a primary changemaker in how police culture is created and lived out among the cops on the beat. The murder conviction of former officer Chauvin has shown us that the murder of Black and Brown men (in particular) must stop. No longer will we tolerate our Black and Brown Community to suffer the loss of their own by white police officers. Driving while Black is not a crime and buying cigarettes with a counterfeit $20 bill is a petty crime. Murder by the local police is not the appropriate sentence.