Who is running in the 6th Ward? 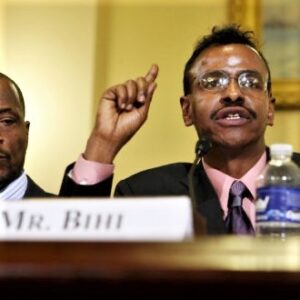 Southside Pride sent the following to the two candidates running to represent the 6th Ward on the Minneapolis City Council, Abdirizak Bihi and the incumbent, Jamal Osman:
“Southside Pride will be publishing a Guide for Voters in the 6th Ward in our upcoming Riverside edition coming out Sept. 20. We would like you to answer the following three questions. Please write no more than 50 words as your answer for each question. Please return your answers to me no later than noon on Wednesday, Sept. 15.
1. Do you support the part of the 2040 Plan that calls for unrestricted zoning in the Phillips West, Ventura Village and Seward neighborhoods?
2. Would you support residency for City employees?
3. What steps would you take to hold Minneapolis police officers accountable?”

Neither candidate contacted us by deadline.
Southside Pride has strongly objected to that part of the 2040 Plan that calls for changing the zoning of the inner city from Broadway in the north to 42nd Street in the south to allow construction of three- and four-story 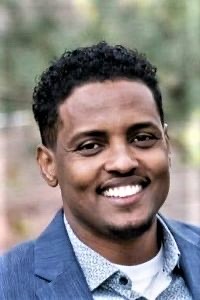 apartment buildings. The Phillips West, Ventura Village and Seward neighborhoods are a wonderful mix of ethnic communities. They are NOAH’s Ark – NOAH stands for Naturally Occurring Affordable Housing. This zoning
change will evict those communities and replace them with Young Urban Professionals.
That process is called gentrification – eliminate the minorities and poor people and replace them with Yuppies.
We also support residency for city employees, particularly for police and fire personnel. People who work for the city should love it enough to live there. We don’t want cops coming to work thinking they’re part of an invading army.
The City Council hasn’t had direct authority over the police department, but they do have the power of the purse. They appropriate the funds and sign the checks. They can hold public hearings and demand accountability from city staff. The budget for the MPD should be public. If you ask for a line-item budget from City Council members, you get a 20-page promotional press statement that is long on platitudes and very short on specifics. The City Council has no idea how the money is actually being spent. How can the City Council hold the MPD accountable if they don’t know what they’re doing?
Those are some of the answers we had hoped to get from candidates seeking to represent us on the City Council. Instead, the candidates chose to remain inscrutable.
Have you ever tried to contact your City Council member? They’re never in their office. They don’t answer the phone. Their policy aide doesn’t answer the phone. Their other aide doesn’t answer the phone or respond to voice mail. The only contact you can get after being on hold for 15 minutes is some very overworked 311 operator. This is a city that is no longer working.
As for the race in the 6th Ward, the incumbent doesn’t seem to care enough to show up for work or answer the phone, so let’s try something different. We would vote for Abdirizak Bihi.