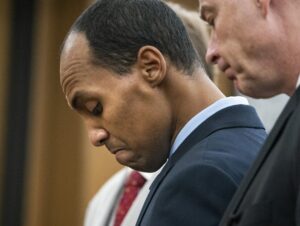 Minneapolis police officer Mohamed Noor shot and killed Justine Ruszczyk Damond in July of 2017. He was convicted of third-degree murder and second-degree manslaughter.
Damond had called 911 to complain about an incident of domestic abuse happening in her alley. When the squad car passed her in the alley behind her house, she banged on the trunk to stop the car and came around to the driver’s side window to talk to the officers. Noor thought she was going to kill them, so he shot first, killing her.
Just a year earlier, in July of 2016, St. Anthony police officer Jeronimo Yanez shot and killed Philando Castile. Yanez had stopped Castile for a minor traffic violation. He asked to see Castile’s driver’s license and registration. Castile said he had a gun. Yanez said, “Don’t reach for it.” Castile reached for his driver’s license. Yanez shot him seven times and killed him.
What makes Twin Cities cops so trigger-happy?
Most Twin Cities cops are trained in the Lewinski Method. William Lewinski was a professor at Minnesota State University, Mankato. He produced a series of videos that showed a suspect shooting a police officer – a suspect running away from an officer, turning around and shooting; a suspect in a car who pulls a gun out from under his seat. The point of the videos is to show how fast a suspect can turn and fire. The challenge is to outdraw the outlaw. The added lesson is that an arresting officer should always be afraid that a suspect will kill them. The New York Times reported that critics call his research “invalid and unreliable” and “pseudoscience.”
To their credit, Mayor Jacob Frey and Chief Medaria Arradondo stopped new recruits from being trained in the Lewinski Method after the Noor killing, but Bob Kroll, then head of the Police Federation, thought the training was so valuable that he had the Federation sponsor the training for new recruits at no cost to the city.
Noor’s conviction for third-degree murder was overturned by the Minnesota Supreme Court.
“Minnesota Statute: 609.195 MURDER IN THE THIRD DEGREE. Whoever, without intent to effect the death of any person, causes the death of another by perpetrating an act eminently dangerous to others and evincing a depraved mind, without regard for human life, is guilty of murder in the third degree and may be sentenced to imprisonment for not more than 25 years.”
The court wrote: “The mental state necessary for depraved-mind murder… is a generalized indifference to human life, which cannot exist when the defendant’s conduct is directed with particularity at the person who is killed.”
Noor didn’t have a “depraved mind.” He was just afraid that the person who beat on the trunk of the squad car was coming around the car to kill him. He shot first. That was his training.
In her resentencing of Noor for his conviction on second-degree manslaughter, Judge Kathryn Quaintance said, “On July 7, I said the primary concern of the jurors who heard the testimony in this case, when I spoke to them after the verdict, was ‘Will there be changes? Change is needed. Will some of these supervising officers be fired, or disciplined? Is what we saw normal for the Minneapolis Police Department and the Bureau of Criminal Apprehension? How will this be prevented from happening again?’
“The victim’s family and some of the witnesses, including some officers, have expressed concerns. A large amount of tax payer dollars will go to Australia, but Minneapolis residents await the promised transformation and the questions of the jurors remain unanswered. What has changed? What will change so that this does not happen again? How does the department address officer safety without jeopardizing public safety? The jurors and the people of Minneapolis need and deserve answers.”
Mohamed Noor was resentenced on his second-degree manslaughter conviction to under five years. He will receive credit for time served and is expected to be released in June of 2022.