Democratic Socialists in the DFL – the story so far 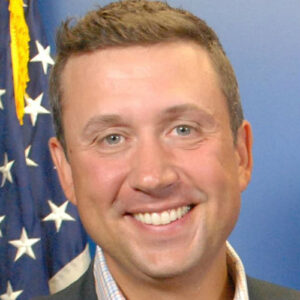 A little over a year ago, I heard of an effort to launch a Democratic Socialist Caucus in the DFL. I have called myself a democratic socialist since about the mid-1980s. I made the transition from anarchist (because of Ursula K. Le Guin, Emma Goldman, and my small but intellectually broad social circle in Atlanta) through anarcho-syndicalism (because it sounds so cool, right?) to socialism itself.
I didn’t actually join Democratic Socialists of America until 1986, when I encountered Twin Cities DSA at a MayDay festival. I have been a member at heart ever since, although I have let my dues lapse for long periods, especially when I lived abroad. But, since 2011, when I returned here from England, I have been an extremely active member, and was a co-chair from 2016 to 2018.
I have also been very active in the DFL. I have attended all my caucuses and several conventions as a delegate. I have been a volunteer and/or precinct captain for a number of candidates. I have been a nominal member of the DFL Senior Caucus.
So, the idea of a Democratic Socialist Caucus, or let’s say DSC for short, seemed like a good idea. The people organizing it were a good mix of ages, genders, agendas, ideologies and backgrounds, and were statewide, though concentrated in the Twin Cities, and probably 50% or higher were millennials. As far as I know, all of them are people with solid DFL organizing history, and none of them (the organizers of it, not the members they signed up) are active DSA members except for me.
To be clear, I was not one of the initial organizers. Due to my high visibility in DSA, I was not planning to have any role beyond rank-and-file member in the DSC, but there was a vacancy for treasurer, and I somewhat reluctantly volunteered. Membership was still pretty low at that initial meeting, and it would have been hard to get a quorum on the Steering Committee with a permanent vacancy. And, I reasoned, by the time the organization was even legally entitled to spend money, I could pass the role on to someone better.
I am giving all this personal and trivial information for context, so you can understand what a shock and a blow it was, not just to me, but to all the DSC organizers who had followed all the rules and been thoughtful and sincere, when our chair and a few other DSC Steering Committee members attended a DFL State Executive Committee (SEC) meeting on Dec. 8, 2021, at which they were, not to put too fine a point on it, attacked and slandered as sneaky DSA infiltrators out to destroy the party.
In case you’re not familiar with how a DFL caucus is formed, after an initial meeting, the group elects interim officers and drafts bylaws, and then after a year or so of internal organizing, begins to petition the DFL for recognition as a caucus. The first step is to be voted recognition as a DFL-sanctioned “community outreach organization.” It’s not the SEC, but the much larger group, the State Central Committee (SCC), that takes this vote. However, to be placed on the SCC’s agenda, the petitioning organization has to petition the SEC to put them on it, at the SEC meeting immediately preceding the SCC by several days.
The DSC Steering Committee met several times in preparation for that crucial Dec. 8 meeting. People worked their own DFL networks and sounded out SEC members they knew. A PowerPoint was prepared with our arguments about why the DFL should have a Democratic Socialist caucus. It pointed out that since 2016 and the Bernie Sanders presidential candidacy bid, democratic socialism, or the potential for it, has been a huge factor in a flood of new DFL activists and a few candidates, and even a few winning candidates.
The fact that many of those candidates were cross-endorsed by the DSA is possibly what has put the fear into the marrow of Ken Martin’s bones. Ken Martin is the chair of the DFL SEC and was the leader of the attack at the meeting. But I am here to tell you that his fear is ironically and insanely misplaced.
In the week or so before the SEC meeting, we had received very encouraging communications from other DFL committees, including the one critiquing our proposed bylaws and suggesting some changes, which we incorporated. So going into the SEC meeting we were unprepared for outright hostility. But that’s what we got, not from every SEC member but, sadly, from a solid majority of them. Their fear of and hostility toward this nascent caucus is ironic on many levels.

The basis of Ken Martin’s response to our petition was to state that this was an incursion from the DSA, an organization that, while not a party, he claims is operating as one. Both prongs of this statement are documentably false. As support for his accusations, Martin cited the fact that DSA members have verbally attacked the DFL and stated their hostility to it, and that the DSA intends to run candidates against DFL incumbents.
But the irony comes into it due to a massive misapprehension of DSA’s nature. It’s true there is a sizeable and outspoken minority of Twin Cities DSA that opposes the DFL. However, this faction does not want to take over the DFL but, rather, wants nothing to do with them. In any case, it is not in leadership, and not driving electoral policy at all.
On the other side of the coin, the DSC group is not only not a project of DSA, but it also has little overlap in membership with DSA. I am, as far as I know, the only person who is a perceived leader in both Twin Cities DSA and the DSC, and I am not on the Twin Cities DSA Steering Committee. And to further the irony, I doubt if Ken Martin even knows my name. If there were to be a DSA conspiracy to take over the DFL, I am possibly the only person in Minnesota positioned to make that happen, and I have always stipulated that that could never happen and would be a suicidal move for Twin Cities DSA.
All the people that this myopic faction of DFL leadership thinks are out to take them over are completely absent from the DSC. All the actual DFL activists who hold democratic socialist values and make up the core of the DSC have either rejected DSA as not a good fit for them, or only joined it as an avenue to organize more socialists into the DFL, an avenue they would not need to take if they had a DFL-approved Democratic Socialist Caucus.
In a further irony, the DSC experienced a surge in new member applications in the week following the SEC debacle, so that was nice.