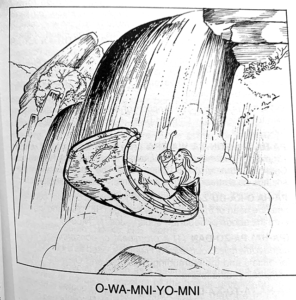 The January issue of The Dish may strike a discordant note. Written, as per the iron deadlines of local journalism, in the dying days of a year too full of dying, it still strives to strike a note of hope for 2022, and to celebrate what resilience and creativity we see in the local restaurant, craft beverage, and food production scenes. Of which there is a lot.
A case in point: the restaurant news from about October to year’s end was absolutely dominated by the Owamni restaurant (see our mini-review here, by no means the first time we mentioned it – southsidepride.com/2021/11/01/restaurant-and-food-business-news-consciously-eating-insects-and-an-owamni-mini-review/) and NATIFS (North American Traditional Indigenous Food Systems, a nonprofit), the two projects of Sean Sherman and Dana Thompson. A lot of it’s local, but it goes way beyond that, especially since Owamni was featured in The New York Times 50 Best Restaurants award for 2021.
For the local coverage, it started right at the beginning of 2021, six months before Owamni opened in mid-July. The Star Tribune (Strib), the St. Paul Pioneer Press, the Minneapolis/St. Paul Business Journal (bizjournal) and bringmethenews.com were among those profiling Sean Sherman and Dana Thompson, their nonprofit NATIFS, their work feeding people in the spring and summer of 2020, Sherman’s James Beard-awarded cookbook, and the upcoming restaurant. The best of the pre-opening local coverage was MinnPost’s great interview with Sherman and Thompson (see https://bit.ly/3z5OOIg).
After the opening in July, KARE 11 was the first off the block, then the Strib, the Circle, and Eater Twin Cities had reviews in August, followed by the Pioneer Press in September, MPR in October, Lavender and our own review in November, and many more. Reservations were a month out almost from the start, and they are even longer now. And then – Owamni made The New York Times list of the 2021 Fifty Best Restaurants in America. Among the outlets covering that were biz journal (mentioned while including Owamni in their own year-end “most noteworthy” list), Eater TC, the Strib, Bring Me the News, and The Patch.
National coverage and beyond was even more staggering. One of the best was the Vogue review on Oct. 11. Other good ones included Esquire’s pre-opening piece (and they included Owamni in their 2021 “best-of”), and AFAR, an online travel magazine. Other coverage included another piece in The New York Times, Axios, the Chicago Tribune, Atlas Obscura, Forbes, the National Post, Indianz.Com, Upworthy, National Geographic, Saveur, Zagat, The Counter (a food news journal), and MSNBC’s TODAY Show. 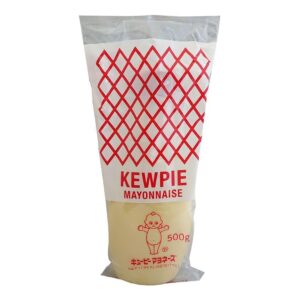 Kewpie mayo was sold out across many states when it featured in a viral recipe on TikTok.

Speaking of Zagat … and the awesome power of TikTok viral recipes

Zagat did a major year-end piece on new restaurants and trends within the industry. Besides again mentioning Owamni, they focused a lot on equity – both pay equity, tip-sharing and the trend toward ending tipping in favor of more decent pay, as well as eliminating the often-toxic work culture at some of the great restaurants and most of the everyday ones. Anthony Bourdain would have been happy about that, I like to think. Check it out here: https://bit.ly/3FR4jXn.
The Eater (the national edition) did a great piece on the awesome power of TikTok when one of their recipes goes viral. It has actually been causing weird and sporadic food shortages. The author was clued into this when she could not find her favorite Japanese mayonnaise Kewpie anywhere in her large metro area or online.

I sort of had Augustine’s in St. Paul on my to-visit-and-review shortlist, but darn it, they announced permanent closure last month, after failing to reopen after Thanksgiving. The French bistro, helmed by chef Derik Moran, was a pioneer in equity for restaurant workers, with everyone front and back of house starting at $20 an 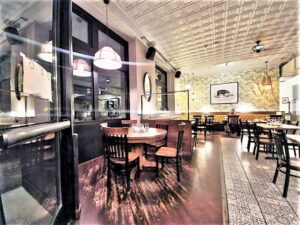 hour. Moran says he is going to open his own new place, no details yet, while the trio that owns the space say they are looking for a new restaurant direction to move in.
A notable move (it was all over Facebook) is Asa’s Bakery, which produces authentic New York-style bagels and hard-to-find-here bialys. Asa’s was just a few blocks from me, on 23rd Avenue between 35th and 36th Streets. It hasn’t moved far from me, either, but in the other direction. Look for them when they reopen in late January on the strip of 34th Avenue just south of 50th Street. 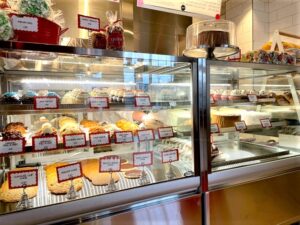 The highly popular, small local chain Yum Bakery and Kitchen has opened as a ground-floor tenant in the medium-rise apartments at Selby and Snelling in St. Paul.
Destinee Shelby and her existing company, Baked Brand, has opened The
Kitchen in the former Andy’s Garage space (it moved to a bigger space) in the Midtown Global Market. They are serving all-day breakfast, smoothies, fresh juices, fried chicken specialties including a vegan cauliflower-based option, and also Baked Brand foods and pop-ups of other small local food producers.
The Creekside Supper Club is either open or just about to open in the 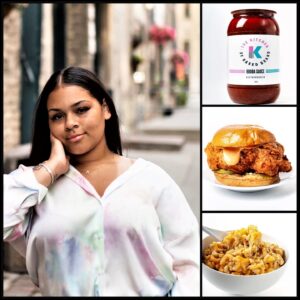 January mini-review – an outdoor social at the Fair State Cooperative Beer Garden, with pizza to take home and cook

The DSA local chapter that used to be a big part of my social life, when I had a social life, held a social on Saturday, Dec. 18, at the Fair State Brewing Cooperative (FSB) in Northeast Minneapolis. Since I am really not getting out that much now, and have even cut way back on ordering food delivered, I decided I could use that for The Dish.
FSB is not only a worker-owned and consumer-owned cooperative (you can buy shares, which come with many perks, at fairstate.coop) it is also a union shop, and was the first win in the wave of craft beverage unionizing which I have mentioned before. My comrade Anders B. is a worker-owner there and was instrumental in the organizing, and he was profiled recently in a craft beverages and travel publication, GoodBeerHunting.com. 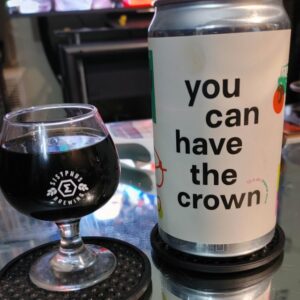 The Imperial Stout I sampled at Fair State

Nevertheless, this was my first visit to the actual place, although I had bought a couple of cans over the years. The taproom and beer garden are all in the same location as the brewery itself, which is not in one of those vast industrial complexes like so many of them, but on a busy, mixed commercial-residential street, Central Avenue NE. So, the taproom is not huge, about the size of a small coffee shop. 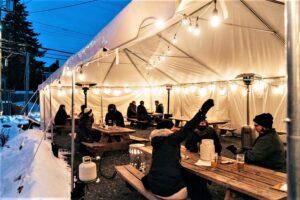 This being a restaurant review, I wasn’t even sure if they served food. The only mention of food on the website is to say you are welcome to bring your own or outside vendor food to eat with your beverage, which is nice. Apparently, they have guest providers of just a minimal amount of something to munch, much like the larger places I have been to that have food trucks. When I was there, they had just two offerings – warm
pretzels with a mustard sauce, and pizza. I took a flying leap and ordered a pizza (anything vegetarian? Is a Margherita OK? Perfect!) to take home with me. More on that later. 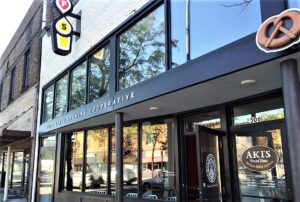 Coming in the door, these days, you will encounter a check-in table where they will check your COVID status. As per usual, a vaccination card or a negative test result within 72 hours is required. It’s also the culture there to wear your mask until you actually start eating or drinking. We DSA-ers are sticklers for COVID protocols, especially since having lost our beloved treasurer Ezra to the disease, so there were no problems there. All triple-vaxxed with a veritable wardrobe of masks.
I had a single pour. I didn’t want to get drunk. Being under the influence has not been fun since about 38 years ago, yet I like the taste of many alcoholic drinks, and enjoy pub culture, sometimes with just a root beer. It’s a balancing act. My plan from the outset was to have just one, and I would be there for two hours at the most (we were outside in the beer garden and the temps were around 30 degrees, but thankfully no wind). I forgot to check the ABV of the (very delicious!) imperial stout I ordered, 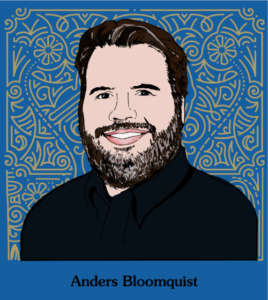 and I did get a bit tipsy on just the one. So, my guarded recommendation, and this is time-limited, as it is a one-off brewing, is You Can Have the Crown. It’s double malted, with a tiny addition of brown sugar. It tastes like a first-tier imperial stout, with a small amount of char for bitterness and just a wee back note of earthy sweetness.
I found the pizza to be super thin-crusted, but a tasty crust, which is not always the case. And it was cook-and-eat, so I chopped it in two and
cooked half in my toaster-oven on fan-bake. It was very good, but I don’t have a clue who made it. Sorry.
FSB has events! Every Sunday is Union Sunday, where you get a discount on your first pour by showing a union card. The first Sunday of the month is also Stand-up Sunday, with a comedy show from 7:30 p.m. Every Monday is Co-op Monday, where you get a twice as deep discount on your first pour by showing membership in any co-op at all (in addition to the discounts you get as a member of FSB itself). And every Wednesday is Trivia Wednesday, with a Pub Trivia game starting at 7 p.m.