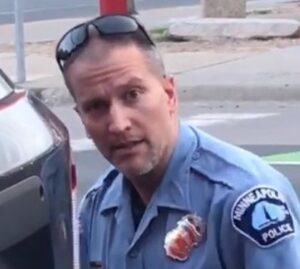 The effort to cause fear and division under the guise of protecting Minneapolis residents from each other during the Derek Chauvin trial has now been revealed to be more extensive and more ongoing than we were told.

A recent article in the MIT Technology Review outlines a study into Operation Safety Net (OSN), a joint organization between the Minneapolis police, the sheriff’s department, and state and federal agencies.

They found evidence of a complex engine of surveillance tailor-made for keeping close tabs on protesters and sharing that information among local and federal agencies, regardless of whether the subjects were suspected of any wrongdoing.

We do not know where the information they amassed is stored, nor are we assured that this program has been ended. In an email to MIT Technology Review in October 2021, spokesperson Doug Neville wrote that OSN “is not an ongoing operation.”

However the operation does appear to be actively ongoing with regular planning meetings of the executive and intelligence teams where it has been referred to as OSN 2.0.

We have sent this article to members of the Minneapolis City Council and the state legislature.  We have a right to know if we are being surveilled, what documents exist about us, and with whomthey have been shared. We also want to know if it is ongoing and why.

In total, OSN used officers from nine agencies in Minnesota, 120 out-state supporting officers, and at least 3,000 National Guard soldiers. There was a Strategic Information Center where federal helicopters were surreptitiously taking off and a “fusion center” where the latest technology was plugged into citywide camera feeds and data-sharing systems. The facial recognitionsystem called Clearview AI was utilized.

The report states that entirely new titles and positions were created within the Minneapolis department and the aviation section of the Minnesota State Patrol to leverage these new surveillance technologies and methods. The City Council should hold hearings on this. Invite the authors of the study and find out what the mayor and other elected and non-elected officials knew and contributed to this program.

I had a good talk with the policy aides to Council Member Jeremiah Ellison (chair of the Policy Oversight and Government Organization committee) and Council Member La Trisha Vetaw (chair of the Public Safety Committee).  They both said the council members would get back to me. As of now they have not.  Council Member Jason Chavez has responded to say this was very disturbing.  If more people called them, perhaps we could address this travesty.