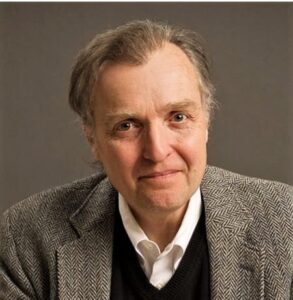 On June 15, Judge Joseph R. Klein ordered the city of Minneapolis to immediately stop any ongoing implementation of the 2040 Plan until the city satisfies the requirements of the Minnesota Environmental Rights Act (MERA), which could include completing an environmental assessment.
On June 20, the city filed an appeal.
The case has been brought forward by Smart Growth Minneapolis, formed, it seems, to oppose the plan as a “non-profit organization 100% funded by individual donations.” Their president is John C. Goetz, and their legal team includes Jack Perry, Maren Grier and Thomas Basting all from Briggs & Morgan, as well as Timothy J. Keane and former mayoral candidate Nekima Levy Armstrong. Smart Growth has been joined in the lawsuit by the Audubon Chapter of Minneapolis and the Minnesota Citizens for the Protection of Migratory Birds. No other environmental groups are part of the lawsuit, although one headed by former Council Member Diane Hofstede, the Great River Coalition, is listed on their website as a third “partner and friend.”
The Minneapolis 2040 Comprehensive Plan was adopted as required by state law under the Metropolitan Land Planning Act, approved by the City Council and submitted to the Metropolitan Council in December 2018. It went into effect on January 1, 2020.
This followed extensive community input and controversy over one strategy in particular: the fifth strategy under the first policy (Access to Housing) that said: “In neighborhood interiors farthest from downtown that today contain primarily single-family homes, achieve greater housing supply and diversity by allowing small scale residential structures with up to three dwelling units on an individual lot.”
There were concerns at the time that neighborhoods would be destroyed, “bulldozed” or gentrified and that single-family homes would be abolished.
“Our lawsuit,” says Smart Growth’s website, “provides the only chance to compel the City to properly environmentally scrutinize its Plan and respond accordingly.”
That lawsuit is focused on the potential harms resulting from more density of housing. The judge’s decision is based almost exclusively on a Sunde Engineering report commissioned by Smart Growth and written by Kristen Pauly. That report assumes a large-scale build-out of new houses and apartments, which could possibly result in up to 150,000 new housing units. “The Pauly Report,” Klein wrote, “concludes that potential environmental impacts are likely to occur and that the 2040 plan largely ignores those impacts, lacks an analysis of the impact on the environment, and does not provide for specific design criteria or measures which would mitigate adverse environmental impacts.” According to the report, these impacts could include increased traffic and noise, decreased air quality, water quality and tree coverage, as well as negative impacts on bird and other wildlife habitat.
Klein noted in his written decision that the city attorney failed to provide a substantial rebuttal to the claims made in the report, and that “this unfortunate strategy has left the City bereft of any fact-based rebuttal or affirmative defense, the type of which is called for under MERA.”
The plan, however, has environmental impacts and concerns woven in throughout its 14 goals, 11 topic areas, 100 policies, and roughly 700 strategies. Of the 14 goals at least two (clean environment and climate resilience) are almost exclusively focused on the natural environment. Of the 11 topic areas, at least two (environmental systems and parks and open spaces) are environmentally focused. Of the 100 policies at least 19 stand out because of their focus on addressing environmental issues. Regarding birds, among its over 600 strategies, six specifically mention protecting them or improving their habitat.
The plan’s priority to focus on the natural environment may be one of the reasons why some prominent local environmental organizations support it and why they are worried now that the lawsuit is less about protecting birds and preserving their habitat than it is about protecting segregated areas and preserving them for the wealthy.
“Mpls 2040 also addresses equity and the city’s history of housing segregation in important ways. Minneapolis has a long history of redlining and racial segregation that has kept low-income communities and people of color on the fringes,” the Sierra Club’s Catherine Pokorny and Joshua Houdek wrote after it was passed. “Restrictive deed covenants, racially isolated public housing projects, and discriminatory rental and real estate practices were used by landlords and real estate developers to segregate sections of Minneapolis based on race. Although these practices are now illegal, they facilitated the development of institutionalized racial inequalities that persist in the city today. Mpls 2040 takes crucial steps to dismantle these historical inequities by upzoning and has the potential to allow new people of all races and income levels to move into all neighborhoods across the city.”
“The Minneapolis 2040 Plan is recognized nationally as a leading policy for promoting affordable housing, climate resilience and racial justice,” said MN350’s Ulla Nilsen after the judge released his decision. “Opponents claim the plan will harm the environment, but the environmental benefits of planning for and making progress on denser housing and lessening reliance on cars are clear. Cleaner air will especially benefit Black, brown and Indigenous communities that have dealt with larger negative health impacts from our city’s reliance on fossil fuels.”
The judge’s order provided 60 days for the city to respond and invited them to make their case to rebut the Smart Growth arguments and address flaws in the report or offer an affirmative defense. Instead, they chose to appeal the decision. The city could win on their appeal but to do so they need to be better prepared than they have been so far.
“We expect the city of Minneapolis to mount a more vigorous defense of Minneapolis 2040,” said Nilsen, “including more documentation of its significant environmental and health benefits.”