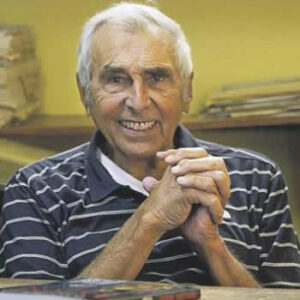 The Floyd case is marvelously instructive for all the awful lessons it provides. A latter-day “Rashomon.”
Racism is number one, but forgive me, not the issue that grabs me.
I monitored the Chauvin-types very carefully through Internal Affairs and gave the others ample room for caution in dealing with street events. It required close scrutiny and tough controls, but that’s what running a police agency is all about—control. Police departments are dictatorships, not democracies.
I froze promotions for nine years and, at the end, still had too many supervisors. I cut overtime to the bone and insisted that disabled workers be given appropriate assignments. Cops are very good at finding compliant medics who give them documents facilitating tax-free disability pensions. Bloat is not only evident in the number of cronies raised high but in the creation of such unnecessary—and ironically named—units as Public Information Officers. One-person patrols and eight-hour workdays were other defiant ideas—now abandoned. Our leaders seem to prefer treasury-busting settlements to actually managing.
Cases like the Cindy Gerdes murder are neglected, eloquently illustrated by the indifference to promising leads.
The city is smashed, burned and destroyed, and the band plays on. Looters, window crashers and arsonists are cosseted or overlooked. Precincts—yes, police houses—are burned. Burned, and no one lifts a finger. O tempora, o mores!
The police union rules—and everyone who matters knows it. The City Council spins wheels, wrings hands, turns over the people’s treasure to eager hunters, and the public gets pissed on while being handed figurative umbrellas in the form of pieties. The citizens who pleaded with Chauvin to ease up are heroes. The cops who paid for getting along by going along now know the cost.
I know. I go on and on. But I lived it, fought the union tooth and claw, served the people’s interests and was amply rewarded—at least psychically.
A tiresome anecdote (how we geezers love ‘em): Not long ago the ex-police chief to whom I turned over my expert witness business saw a documentary of my time in the Bronx and was impressed. He called to tell me so and said that he would share his views with our former colleagues in the NYPD. The chat room is very appropriately called “Rant.” I advised him to eschew the effort, but he was adamant.
Soon thereafter he called again, incredulous over the vitriol heaped upon me some 40 years after my departure:
“Never did a cop’s job in his life.”
“Uses fancy words to impress.”
“A charlatan and a joke.”
Most of the trenchant views more or less mirrored the lovable little old lady who muttered: “That Tony Bouza certainly is full of himself, isn’t he?”
The cops would’ve added I was full of something else, too.
Cops do not want to be controlled.
That is the brutal truth.
Most do a good job, but no one loves leashes, least of all their wearers. For a time I entertained the notion of calling our agency Animal Control, but someone else stole the idea.
We all want admiration, rewards and prizes, and few of us like strife. Real public service means adherence to Cicero: “The good of the people is the highest law.”
Good luck with that.