The fear of fewer cars & a response

Bikester Chronicles
There was a proposal before the Park Board to close Minneapolis parkways to vehicular traffic on certain days every month. The Board received so much negative feedback they canceled the proposal in August. 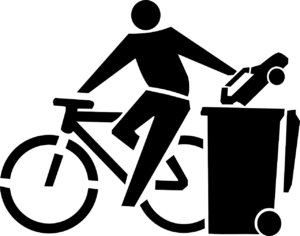 On June 6, Southside Pride published an opinion of Patricia Kelly, Board Chair of the DFL Senior Caucus Minneapolis Area Chapter, that denounced the MPRB’s Open Parkways initiative. Specifically, Kelly believes that prohibiting motor traffic in portions of our city’s parkway is “a step toward the desire to transition parkways solely to bicycles, or other non-motorized, wheeled conveyances.” Kelly also called the initiative “discriminatory towards both seniors and the disabled,” but was then refuted on July 4 by Liam Mackin, who pointed out that Kelly’s conclusion is “inconsiderate to the many seniors and people with disabilities who either cannot or choose not to drive.”
It seems that the anger and inflexibility of Kelly’s position is based in fear. On the outside, Kelly may simply seem loath to find new driving routes. But on the inside, she’s afraid of being fundamentally wrong. Afraid of having spent decades behind the wheel, only to find out that this was asinine and that biking and walking were always superior. Better for personal health, better for public safety, better for the environment. Being so wrong for so long can be a pretty heavy hit to one’s ego.
Accordingly, Patricia Kelly wants to keep parkways open for motor traffic, and has signaled that the DFL Senior Caucus is not willing to give an inch. But this begs the question: why? Why should motorists be the first consideration when we talk about public amenities? Cars are loud, expensive and exceptionally dangerous.
As it stands, the MPRB has pulled the Open Parkways proposal in the wake of negative feedback from entitled people like Patricia Kelly. So for now, she is allowed to drive as aimlessly as she likes. But the conversation is far from over.

John, as a former bikester, I recognize and appreciate your tone. You feel there is an antagonistic relationship between you and cars. They’re trying to kill you. And it’s a one-sided war. You hear about cars running over bikesters, but you don’t hear much about bikesters running over people in cars.
I can appreciate the generous bike lanes on Park and Portland. They’re meant to save lives. I have a special fondness for them because, almost half a century ago, when I was the City Council member representing the 8th Ward, and Park and Portland from 24th Street to 46th Street, I created the first bike lanes on Park and Portland. I had to revoke them after a couple of weeks because I had wiped out six handicapped parking spots. It needed further study at that time but I didn’t get re-elected, so I never had the time or opportunity to get back to the problem.
I now think a better solution would be to make Oakland a bikeway with cars allowed to drive only one block before being diverted back to Park or Portland. This would be safest for bikesters.
The Bikester Revolution began 30 years ago in 1992 in San Francisco. A few crazed anarcho-bikesters started getting a gang together once a month to take over the streets. They called it Critical Mass. It soon spread across the country. Over 300 cities, Minneapolis among them, had Critical Mass events. As many as a hundred bikesters would gather once a month in Minneapolis and ride all over town, ignoring traffic signals, stopping traffic and calling attention to the need for traffic to make space for people on bicycles.
Popular sentiment agreed there needed to be space for bikesters and, with avid bikesters and competent policy wonks like Jacob Frey and Lisa Bender on the Council, it was easy to take away lanes of vehicular traffic and give them to bikes.
But now, I think, the Bikester Revolution has gone too far. It has allowed their natural antagonism to cars to get in the way of creating the safest routes for bikes to travel. We need to rethink traffic patterns and (in my opinion) keep bikes and cars as separate as possible.