48th & Chicago and beyond 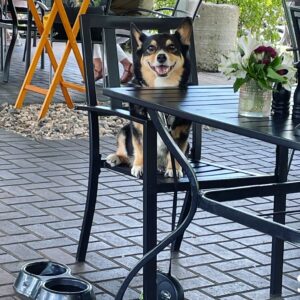 Eat, drink, and be entertained

The Parkway Theater is having some fun events both cinematic and otherwise coming up this fall. From Sept. 15 – 29 is “Mel Brooks Month.” You can buy a pass to all three special screenings for $27. On Sept. 15 it’s “The Producers” and on Sept. 29 it’s “Young Frankenstein,” both with an added trivia game. On Sept. 22, have a mini MineCon experience by participating in the costume contest and viewing “Spaceballs.”
Saturdays in October will be Spooky Saturdays, with matinee performances of “The Addams Family,” “Hocus Pocus,” “Coraline,” “Ghostbusters” and “The Nightmare Before Christmas.” For more adult and serious devotees of horror, random evening dates throughout October will screen “Scream,” “The Exorcist,” “The Blair Witch Project,” “The Lost Boys” and culminate with “Halloween” on Halloween. 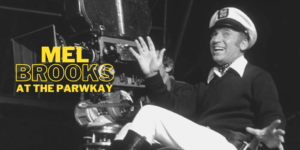 Late September brings two unique shows. First, on Saturday, Sept. 24, is a midnight showing (11:30 doors) of “The Rocky Horror Picture Show” with a major Parkway enhancement: a live shadow cast performance by Transvestite Soup, a local ensemble that does nothing but live re-enactments of Rocky Horror.
And then, on a more serious note, on Monday, Sept. 26, the Parkway hosts “Revealing & Healing Histories: Racial Covenants Then & Now.” In the Parkway’s description of this event, it says, “featuring an educational bike tour, live performance, music, and the premiere of ‘Jim Crow of the North Stories,’ the new series from Twin Cities PBS that looks at how Minneapolis residents have responded to the rising awareness of racist covenants, redlining, and other forms of damaging segregation.” Check the events section of the Parkway’s website for details on these and more. 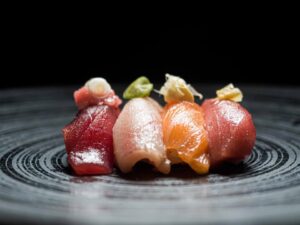 Sushi from Bagu Sushi and Thai

There are many great places to eat or have a drink at the hub of Chicago and 48th. Bagu Sushi and Thai is one of them. I still can’t decide if I like their sushi or their Thai food better, and it doesn’t seem right to have both at the same time. They now have a second location, at the trendy Malcolm Yards off of University Avenue in Southeast Minneapolis. You can order online for pickup from the Chicago Avenue location, and they also have a nice patio, but I’m not sure how late in the year that’s open. 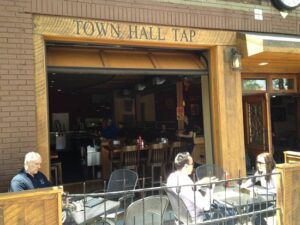 Town Hall Tap has been in the area for a while now, since 2010. Its newer relation, the Sidecar, which opened in 2021, is a full-on cocktail bar right next door. Town Hall Tap has a lot going for it – the fresh, ever-changing list of artisanal beers, their own kitchen and a crowd-pleasing and kid-friendly menu, a historic bar imported from Illinois, and garage doors that open up to the sidewalk on pleasant summer days.
Heather’s, farther down the avenue at 5201 Chicago Ave., is now a neighborhood fixture after a little over two years in this space. The neighborhood bistro-cum-fine dining establishment is one of those unfortunate businesses that opened just weeks or days before the first big pandemic shutdown of March 2020. But it has worked out well for them in the end. Neighbors love it and flock to the place, or order takeout. Heather’s also has a large and lovely patio dining area. 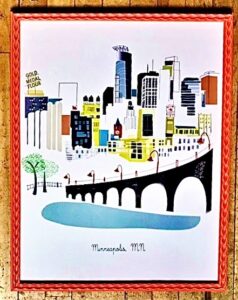 The Braid Factory has been at its location on the corner of Chicago and 46th Street for nearly 20 years now, debuting in the early 1990s. As a hair salon that pretty much only does braids and weaves, it has a fanatical following. Their website has a gallery of pictures of their beautiful work and a lot of useful information, plus online coupons.Appointments for consultations and services can be made by phone.
Bauhaus Framing Studio is now occupying the 4804 Chicago Ave. space where Pedego once was. Bauhaus Framing has caught on with locals in a big way and hopefully will bring some stability to that spot. In addition to providing very reasonably priced and excellent quality framing services, Bauhaus also sells framed art prints and DIY photo frames, as well as hosting art shows and participating at local events like Art-a-Whirl.
The Center for Blade Arts (CBA), at 4744 Chicago Ave., is a martial arts school with a big difference. They teach Olympic fencing, historic European martial arts (HEMA), and kendo, a Japanese bamboo sword art. CBA is also the home of Seiryukan Dojo, as far as I can tell the only school in the Midwest that teaches Toyama Ryu Iaido, a training leading up to Tameshigiri, which is the ability to perform perfect cuts on a target with a razor-sharp samurai sword! Come to think of it, Olympic fencing studios are not all that common around here either.
At Classic TaeKwonDo Studios, 5253 Chicago Ave., all classes are age and gender inclusive, creating a unique environment where families can work out together as equals while learning self-defense skills in the traditional Korean martial art of TaeKwonDo. One nice feature is that only the first family member to join pays full price, with discounts offered for additional family members. They have after-school programs and summer camps for kids to explore martial arts, but they also have classes for the fully committed, leading to the award of belts for ascending levels of proficiency. As one online reviewer whose entire family joined the studio said, “We so appreciate the community, instruction and teachings we are receiving there. Mrs. Boston offers fantastic instruction, and she creates a wonderful community of students. All classes are mixed ages and gender and there is a feeling of respect and kindness that just permeates the space.” 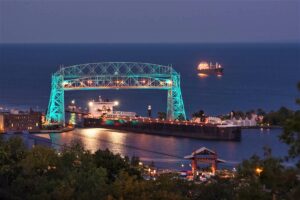 Duluth’s lift bridge will be one of those lit in teal in September for Ovarian Cancer Awareness Month.

Chrysalis is a service center operated by Tubman (tubman.org) which is, of course, named for Harriet Tubman. They provide services for people of all ages and genders who are fleeing from a life of violence and trauma, whether it’s domestic violence or life on the streets. They operate a family shelter and also a youth program, as well as support programs like mental health, chemical health, supportive housing, financial planning, legal assistance and ongoing support for survivors. Besides Chrysalis, Tubman also has another location in Maplewood. Their annual fundraising event, the Starlight Soirée, was not held in person for two years, but returned to the scene in April 2022.
The Minnesota Ovarian Cancer Alliance (MOCA) was founded by a group of ovarian cancer survivors in 1999 and has grown into one of the most visible and successful cancer patient and survivor advocacy groups in the state. Like the breast cancer funds adopting the color pink as a “brand,” MOCA uses the color teal in their merchandise, their fundraising appeals and even the name of the director’s blog. September is their big fundraising month, when numerous buildings and bridges across the state will be lit up in teal. There is also the HOM Teal Strides for Ovarian Cancer on Saturday, Sept. 18, in Edina, a run-walk event to raise money and awareness. 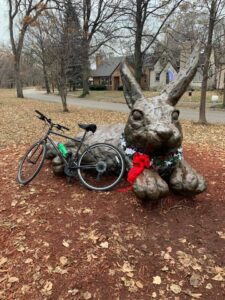 McRae Park at the southeast corner of Chicago Avenue and 46th Street is a small park that packs in a lot of sports spaces. In addition to wandering paths and a small prairie by the rec center, it features courts for pickleball, tennis, volleyball and basketball, and fields for baseball, softball and football, plus a year-round hockey rink.
Finally, the Minnehaha Bunny! I just discovered this quirky sculpture along Minnehaha Creek near the corner of Portland Avenue and Minnehaha Parkway. This bronze sculpture of a huge and oddly doglike bunny is a popular photo spot along Minnehaha Parkway. Commissioned by the city’s Art and Public Places program, it was created by Jeff Barber of Cannon Falls, Minn., in 2002 and is officially named “Cottontail on the Trail.” 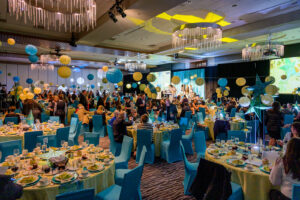