Many openings, apology to Sea Salt (NOT closing), and mini-review of Heather’s 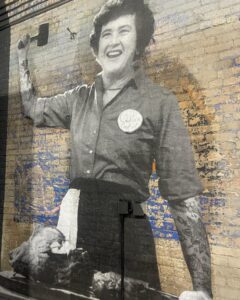 Many new openings to celebrate

There are so many restaurants and things opening lately. First up, a plethora of fancy places to eat lunch in downtown Minneapolis (dinner too, in some cases). Several publications have heralded “the return of downtown,” especially the Minneapolis/St. Paul Business Journal. In early September they had a piece titled, “Back in the office? These full-service downtown Minneapolis lunch spots are now open.”
They led off with Manny’s Steakhouse and Fhima’s – power lunch spots I would never be seen in, though I do love a lunch meeting. Then they had several paragraphs on all the downtown restaurants that are still open but not serving lunch. That seemed counter-intuitive considering what the headline promised. Finally they had a bullet list of all the restaurants; there were 43 of them and we don’t have space for that, sorry. Basically, you won’t have to scramble to find lunch in the North Loop, downtown, or the Mill District. (Curiously, they did not mention Owamni, which is open for lunch.)
Eat Street Crossing was hoping to open in late summer. As of this writing, it is not open yet, but it is pretty close! It’s listed on Google as temporarily closed, but the name is on the building and the interior work looks nearly done. In case you haven’t heard, this will be a new food hall in the Old Arizona Studios space at Nicollet and 28th. It’s a collaboration between the owners of Zen Box Izakaya, the owners of Bebe Zito, and a well-respected cocktail crafter. We’ll have more details when it opens. 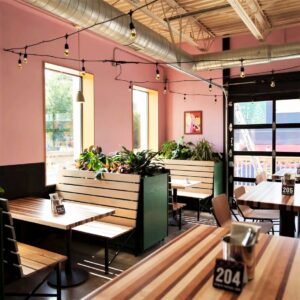 Centro Eat Street is open now with cocktails, tacos and more. Centro was originally just a trendy Northeast taqueria, but it’s expanding into a mini-empire. It’s in the Eat Street space vacated by the Wedge Table.
Chopped and Served at George Floyd Square is opening on Oct. 1, according to Google. So if all goes as planned, it is open as you read this. Chopped and Served is the first brick-and-mortar presence of a catering service with a unique food brand called Blewish, which reflects the owner Imani Jackson’s heritage as both African American and Jewish. She also emphasizes what she calls a “sovereign diet,” cultivating relationships with BIPOC farmers and producers. Chopped and Served did food distribution in the rocky times of the George Floyd uprising and will be a welcome presence at GFS.
Keiko’s Alkaline Bodega and Tea Shop has been open since early September. Keiko is another Black entrepreneur with the same surname as Chopped and Served’s owner; she is Mykela Jackson and has a background that includes working at Breaking Bread Cafe, being the head chef at Trio, running vegan pop-ups in North Minneapolis, and selling 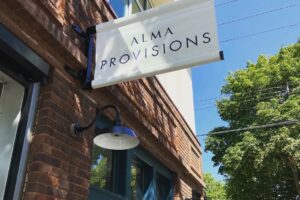 Alma Provisions at 46th and Bryant

herbs and teas online with a TikTok account that went viral and has over 100,000 followers. The shop, which sells shelf-stable foods, deli foods, and ready-to-eat stuff, all 100% vegan, is at 904 W. Lake St.
Alma Provisions opened in mid-September at 46th Street and Bryant Avenue in South Minneapolis. This is a retail extension of the popular Alma in Southeast Minneapolis, which consists of a cafe, an upscale restaurant with a tasting menu, and a boutique hotel. They have been listing provisions on their menu for the past couple of years and hinted that a separate storefront might be forthcoming, and now it has.

The Dish messed up and we are so sorry

Sea Salt, the seafood restaurant near Minnehaha Falls, is a bit upset with us and rightly so. Back in the early summer, we mistakenly stated that they were going to close after this season. But they are not, and this was due to my error in memory. It was Sandcastle, another south Minneapolis seasonal eatery (although otherwise quite different) that closed permanently in September and will not be back in 2023.
But the very good news is that Sea Salt, after closing for the season in October, will be back in April 2023 with its delicious seafood and vegetarian dishes.

Midtown Global Market has produced a cookbook featuring collaborations from its many and varied eateries and food vendors. I am going to get one and will report on its contents later.
Justin Sutherland, who seems to pop up in a lot of my pieces, has just published a cookbook to great acclaim and rejoicing. In case you still don’t know, Sutherland is the chef owner of Handsome Hog in St. Paul and was a true celebrity chef even before he was a restaurateur. The title of the cookbook is “Northern Soul: Southern-Inspired Home Cooking from a Northern Kitchen.”

Amy’s doubles down on being evil to its employees

Just so you know, the author of The Dish (who in case you hadn’t noticed is a staunch supporter of unions) is boycotting Amy’s, even though I depended on them as a fallback when I was too busy or too tired to cook. (Pizza Luce’s gain, I suppose.) This story in The Eater details all the terrible union-busting behavior they have been up to lately. www.eater.com/23318943/amys-kitchen-san-jose-factory-mistreatment-harassment-complaints 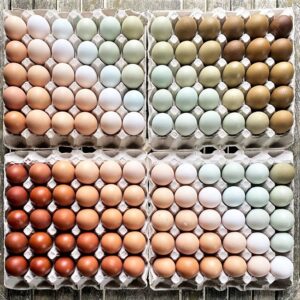 Foody news from abroad – the CackleBean

Sadly, this product is only available in the U.K. But consider this a cheap and easy way for us to sound like well-heeled, well-traveled sophisticates. Eggs in the U.K. are different from ours – they’re better. I could get into a whole rap about the diet of laying hens, the breeding, the not washing them so they don’t have to be refrigerated, but I won’t. If you take the margin of betterness that the average free-range British egg has over its American counterpart and double it, that’s how much better the CackleBean is than the average British egg. Restaurants clamor for them. They are sold in the most upscale food halls. And it’s just one couple on a tiny farm (by egg production standards) producing them. But if you have an egg dish at one of the U.K.’s finest restaurants, chances are good it will be a CackleBean.

I went to Heather’s on a bit of a whim. In the past I had only ordered
delivery from them, but this was the first time I ate inside in their dining room. I was able to get a nice table one hour before closing on a Friday night. I decided to go alcohol-free despite their great drink menu and had a house-made lemonade, which was perfect. For dinner I ordered the tuna poke bowl. It was scrumptious and I ate every bite. 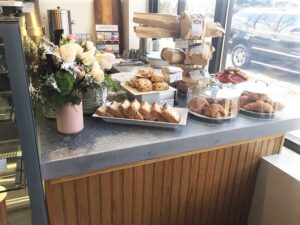 Heather’s also has a great selection of takeout foods in a deli case, including bakery items, salads, soups and more. I will definitely be going back. Maybe I’ll get a reservation and bring some friends along, or I’ll just compose a meal to take home from the deli.

I have been getting a box every other month from Wild Alaska Salmon for a few years now. Despite the name, they sell a lot more than salmon. Year-round, you can get a monthly box of just salmon (two or three varieties) or just white fish (same, mostly cod and halibut) or a half-and-half, which I usually get in the winter. Last month, I got a seasonal offering that was all salmon, but included two 12-ounce packs of hand-chopped ground salmon. 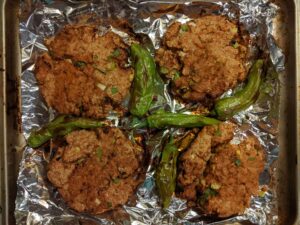 My most successful use of this was four teriyaki salmon burgers. My recipe is to hand-mix the whole package with a beaten egg, a cup of gluten-free panko, a minced scallion and a few tablespoons of teriyaki sauce, form the mixture into four fat burgers, and cook for eight minutes in an air-fryer/toaster oven. So I got four main dishes at about $4 each. Highly recommended.