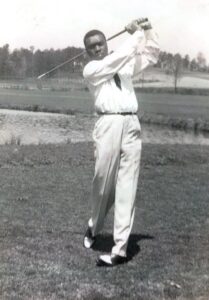 The Minneapolis Park and Recreation Board (MPRB) finally passed the Hiawatha Golf Course Master Plan, which they labeled a “compromise,” saying it will reflect the history of Black golf in Minneapolis.
In 1952, the MPRB passed another compromise with the Black community. After a petition by Black golfers, the men’s clubs had to show that their constitutions did not bar members for “race, color or creed.” However, they could still blackball individuals. Members of the Black community feared that this would still allow for “voluntary segregation.”
The Black community’s fears came true – Black golfers were still discriminated against. Solomon Hughes Jr. says that even though all Minneapolis golf courses were prohibited from discriminating against Black golfers, at Meadowbrook it was difficult for Black golfers to get a tee time, effectively being prohibited by a wink and a nod. On the other hand, Hiawatha would give out tee times to Black golfers, which is why Hiawatha is so important to the Black community. In the 1960s, complaints were filed with the Minnesota civil rights division to try and alleviate the remaining discrimination.
Now, with the 2022 “compromise,” the Black community is again at risk of losing one of its cherished institutions, along with bringing back a painful history of “separate but unequal.” In a Star Tribune commentary, Hughes wrote that in the past, white communities would get 18-hole golf courses, but Black communities would get only nine-hole courses. How ironic that the MPRB has now voted to downgrade Hiawatha Golf Course back to one of those nine-hole courses. This area of Minneapolis, which was once very white, is now becoming more racially mixed. But apparently the six white MPRB commissioners who voted to overturn the decision of three Black and two white commissioners believe that this diverse community is only deserving of a “less than” golf course.
Adding insult to injury is where the money, almost $1 million dollars, came from to create this plan. About half of the money was directly charged to the Golf Facilities Improvement department. The rest was charged to the Special Facilities Improvement department. Both are in the Enterprise Fund. So now the MPRB’s Planning Group can continue to fritter away money from the Enterprise fund and, in particular, revenue from the Golf Department. How ironic that the demise of Hiawatha Golf Course is being paid for by the golfers themselves!
Before his death, Solomon Hughes Sr. was living in a senior facility near Meadowbrook Golf Course, which he could see from his window. But his wish was to be brought back to his beloved Hiawatha Golf Course for a final visit, which his family did for him. His love of Hiawatha Golf Course is a part of the important legacy of Hiawatha as an 18-hole championship golf course used by generations of Minneapolis residents. The Minneapolis Park Board has now voted to extinguish that legacy. They have fixed water problems at the 18-hole Meadowbrook Golf Course. They have fixed water problems at the 18-hole Columbia Golf Course. It is time for the Park Board to fix and retain the 18-hole Hiawatha Golf Course, if it really needs fixing at all!