Nothin’ happening at 38th and Chicago, yet 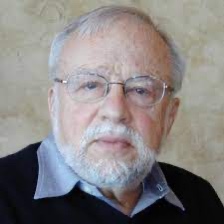 The area around the intersection at 38th and Chicago has achieved a stasis after the death of George Floyd. There are numerous major issues that need resolution. The most recent one to surface is the agreement of the city to purchase the former Speedway station and to cure any environmental issues that might restrict its development. It seems that most individuals in the area, along with the city, see the site as housing a space that honors George Floyd.
The possibilities for that site are yet to be determined. Since the city is not a developer, there currently lacks a party that not only will have a plan but must be able to have the fiscal and management resources both for any construction and then for management of the site in a fiscally responsible manner.
It is anticipated that any memorials such as those on 38th and Chicago will be integrated into the development, opening both streets to full access by public transit. However, city transportation planner Alexander Kado from the public works department asserts that the city has not yet made any decisions regarding transit’s future at the intersection. Currently, these memorials impact approximately 40 square blocks home to the Chicago Avenue Route 5, the most heavily used line in the city. On Dec. 3, the new D-Line, a BRT (bus rapid transit), began operation, reducing Chicago Avenue’s Route 5 to approximately half-hour intervals, impacting the residents in that 40-square block area, particularly during inclement weather. 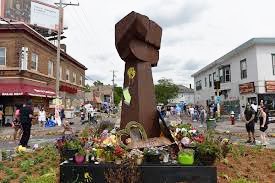 The city’s department of public works, its planning agency and Metro Transit have held an open house and listening sessions to increase the exchange between the city and residents as to what might be accomplished as the former Speedway develops and the necessary road and related constructions are implemented.
At the present time, City Hall, the office of the mayor and the City Council have committed to bringing the Speedway site to development standards. The city staff has plans for redevelopment of the roadway and sidewalks to accommodate vehicle traffic and pedestrian access. Beyond this standard, as we have seen with the Upper Harbor project and St. Paul’s Ford plant, there will be an independent developer who brings such expertise and required capital to take on fiduciary responsibility.
As of yet, not all voices in the city have had input, including on the future of the memorials on 38th Street and Chicago Avenue. More importantly, there is no party to accept these ideas and concerns and mold them into a viable project that can be developed and financed at the former Speedway site. For many projects of this type there are sources for funding. But none of these can be accessed until there is a developer who can demonstrate that such a development can be carried into successful operation once constructed.
The city of Minneapolis has tried for years to revitalize the 38th Street corridor. Now, momentum appears to be building. The current Speedway site represents an interesting center for such development in both east/west and north/south directions. A properly developed plan which integrates the best of both needs seems like an interesting and potentially viable option. There are a few planning agencies that could work with a nonprofit developer and could create a paradigmatic example of both collaborative community development and urban revitalization. Lessons learned around the Upper Harbor project point to a number of such parties that can provide the needed development and design expertise.
As with a few major developments, such as Target Center and the Vikings stadium, government plays a vital role but eschews doing what developers do best. It’s time that the citizens, particularly those bound by that 40-acre transportation black hole, invite potential developers into these listening sessions to understand what they might propose in response to citizen concerns.
It’s also imperative that City Hall and its supporting departments bring clarity to their roles and how there can be collaboration to bring a complex set of issues to a successful conclusion.