This Valentine’s Day, what to do? And where to go with your boo? 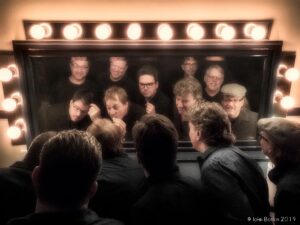 Good places to hear music on or around 2/14

There are lots of diverse choices for a concert or performance to share with your Someone Special the week around Valentine’s Day. Valentine’s Day is on a Tuesday this year, so maybe not the ideal night for stepping out. Here are some shows taking place between Feb. 9 – 19.
At the Minneapolis Armory on both Feb. 9 and 10, the wildly popular country star Parker McCollum is appearing. On Feb. 11, the 7th St. Entry is hosting the recurring event called KPop Night (18+) with a popular DJ and several dance crews.
The Granada Theater in Uptown is hosting a trio of events to choose from. On Thursday, Feb. 9, will be “Candlelight,” a performance of romantic jazz favorites à la Billie Holiday, Frank Sinatra and Ella Fitzgerald, at 6:30 and 9 p.m. The following night, Friday, Feb. 10, you can release your inner rockstar with live music karaoke. Whether you celebrate Valentine’s, Galentine’s, Palentine’s, or you just need a moment to glow, Hurricane Karaoke will make you a star! Doors at 7 p.m., live band at 8 p.m. Finally, on Valentine’s Day proper, Tuesday, Feb. 14, “Willie Wisely Plays For Lovers,” offers an evening of dining and music under the Granada’s historic starlit ceiling. Tickets are available at granadampls.com. 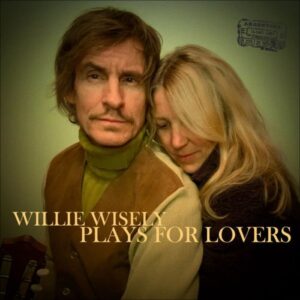 Willie Wisely will perform at the Granada Theater for an evening of music and dining on Valentine’s Day.

The Hook and Ladder Theater & Lounge is having a Valentine’s Day party, but it’s not on the actual day. It sounds really good; the party is 21+ and features the ever-popular Belfast Cowboys. Saturday, Feb. 11. Doors at 7 p.m., music starts at 7:30.
On Sunday, Feb. 12, the Fine Line Music Cafe presents Adore Delano, a two-season veteran of “RuPaul’s Drag Race.” She has four studio albums to her name, the latest being “Dirty Laundry” in 2021. (You’ll notice that this is the only event on Sunday, Feb. 12. I think there’s also some major sportsball thing on that day?)
On Saturday, Feb. 18, the Minneapolis Armory presents indie-pop folk artist Maggie Rogers. On Sunday, Feb. 19, you can choose between two intriguing shows. At the State Theatre, Australian indie-folk singer-songwriter Vance Joy is appearing for the world tour of his 2022 album “In Our Own Sweet Time.” Meanwhile, at First Avenue, the local Americana singer-songwriter Margo Price will perform. Price has been described as “honky-tonk’s new queen of heartache,” and has been favorably compared to Loretta Lynn and Dolly Parton for her soulful voice and songs of struggle, both career-related and romantic.
On Thursday, Feb. 16 at 11 a.m. and Friday, Feb. 17 at 8 p.m., the Minnesota Orchestra is presenting a show that sees the debut of a conductor, a composer’s latest piece, and a solo pianist all at once. First, French pianist Alexandre Kantorow makes his debut appearance at Orchestra Hall, performing Tchaikovsky’s Piano Concerto No. 2.
Then, Japanese conductor Kazuki Yamada makes his debut leading the orchestra in Tōru Takemitsu’s breathtaking piece, “How Slow the Wind,” also receiving its first performance here, before conducting the classical favorite, Dvořák’s “New World” Symphony. The Friday night performance will be broadcast live on NPR local stations if you want to have a romantic date at home. 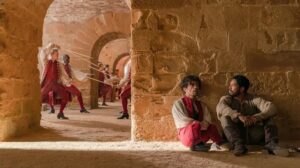 A scene from ‘Cyrano,’ with Peter Dinklage as Cyrano and Kelvin Harrison, Jr., as Christian

Seeing a film together is a classic date move. Nowadays you can choose between a new movie at a theater for something special, or you can stay home and stream both new movies and classics. Here are a few of each.
The Parkway Theater will present classic rom-com movies preceded by live music or film trivia events every Thursday night in February. The one closest to Valentine’s Day, on Thursday, Feb. 16, will be “When Harry Met Sally” (1989), with an hourlong set of soulful love songs by vocalist Leslie Vincent and pianist Ted Godbout before the film screening. Doors at 6:30 p.m.
“When Harry Met Sally” was directed by Rob Reiner and written by Nora Ephron, with Meg Ryan and Billy Crystal starring. The other three films in the Parkway’s Date Night Series (all films start at 8 p.m.) and their accompaniments are:
• “Groundhog Day” (1993) with pre-movie trivia at 7:30 on
Feb. 2.
• “Harold and Maude” (1971) with pre-movie music by Mark Joseph at 7 p.m. on Feb. 9.
• “The Princess Bride” (1987) with pre-movie trivia at 7:30 p.m. on Feb. 23.
If you buy the $36 Date Night Month Pass by Feb. 2, you also get a large popcorn with each screening. All shows are $9 per person in advance or $12 at the door. 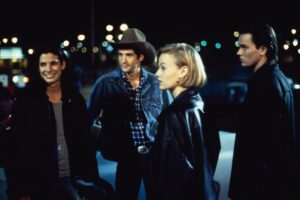 A scene from ‘The Thing Called Love’

As for really new movies, the only one that sounds appropriate to me is debuting on Valentine’s Day and there’s not a lot of press about it yet. It’s an American film called “What About Love” from writer, director and producer Klaus Menzel, and stars an international cast including two young principals (in love? maybe), Marielle Jaffee and Miguel Ángel Muñoz, and their four parents (Sharon Stone, Andy Garcia, Jose Coronado and Maia Morgenstern.) This is an indie film on limited release.
Turning to streaming, I have two personal recommendations, both incredibly poignant (because I prefer my love stories a bit sad), one new and one exactly 30 years old. Both are currently available on Amazon Prime.
The newer one is “Cyrano,” starring Peter Dinklage in the title role. As a massive Cyrano fan since the age of 15, I can attest this should become the definitive version. The older one is a terribly underrated love story from director Peter Bogdonavich, “The Thing Called Love” (1993). It stars River Phoenix and Dermot Mulroney matched up with Samantha Mathis and Sandra Bullock, as four aspiring country music stars trying to make it in Nashville. (Phoenix and Mathis became a couple in real life while making this movie and she was with him at the Viper Room where he died less than a year later.) 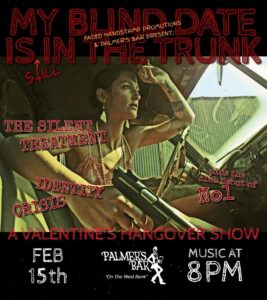 Poster for Valentine’s Hangover show at Palmer’s Bar, “My Blind Date Is (Still) in the Trunk”

One of the things I love most about Minnesota is the way our entrepreneurs and educators and artists lean into the eclectic interests of the Minnesota public. Here are some events that I’m pretty sure would not catch on in most states. (Tickets for all three of these are available on eventbrite.com.)
Seward Co-op – DIY Soap Making Date Night on Feb. 14. Includes chocolates and sparkling juice plus a soap mold and manual to take home.
Urban Forage – Tuesday Trivia on Hollywood Classic Romances on Feb. 14. Regular Tuesday trivia is given over to a special date night version, where one $49 ticket gets two people entry into the contest, plus a bottle of wine and a cheese tray.
Palmer’s Bar – “My Blind Date Is (Still) in the Trunk” Valentine’s Hangover Show on Feb. 15. Created by a production outfit called Faded Handstamp, which crafts events that pair three or four seasoned bands or artists with a novice one to create a themed experience. The bands are The Silent Treatment (loud punk), Identity Crises (young punk), Life Skills (art punk duo) and No. 1 (debut show, so unknown).