What does the FL in the DFL stand for? 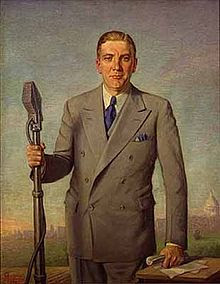 What does the FL in the DFL stand for?
It stands for Farmer-Labor.
In 1944 the Farmer-Labor Party and the Democratic Party merged. The Democratic Party was small potatoes in the 1930s and ‘40s. It polled in the single digits in statewide elections.
The Farmer-Labor Party enjoyed great success in the 1930s. It was part of a nationwide populist wave that began in the South in the 1890s, but, because of Southern racism, the organizers moved north. They moved first to North Dakota as the Nonpartisan League. They got elected and started a state board of trade so farmers could have a fair price for their grain and a state bank. Their influence moved east to Minnesota, and in the 1920s, agrarian populists and radical trade unionists formed the Farmer-Labor Party. By 1934 they had elected Governor Floyd B. Olson and controlled the House of Representatives.
At the 1934 Farmer-Labor convention, Floyd B. Olson declared: “I am what I want to be. I am a radical. I’m not a liberal.” The preamble to the 1934 Farmer-Labor platform said, “Capitalism has failed and should be abolished. We mean to establish a Cooperative Commonwealth.” 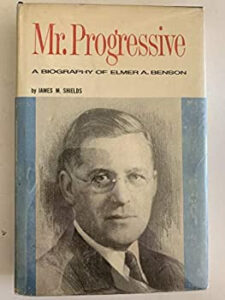 Sounds pretty radical, but in South Minneapolis that’s exactly what’s been happening for the past 50 years. Corporate grocery stores wouldn’t go into the inner city, but the Wedge and Seward co-ops have been successfully feeding people in South Minneapolis for over 50 years with co-ops that are owned by the members. No one needs to go hungry. If you can boil water, you can cook brown rice and oatmeal.
When World War II broke out, Elmer Benson and others in the Farmer-Labor Party wanted to form a united front to fight fascism, so they formed an alliance with the Democratic Party. A druggist from South Dakota, Hubert Humphrey, saw an opportunity to use that coalition to run for mayor of Minneapolis and, in April of 1944, Benson and Humphrey formed the Democratic-Farmer-Labor Party. Almost the first thing Humphrey did was to purge the DFL of any radical Farmer-Laborites. Jim Shields, in his excellent biography of Elmer Benson, “Mr. Progressive,” has an appendix that reproduces a leaflet written by Humphrey that instructs readers to follow these lieutenants in getting rid of any radical elements. The lieutenants became the new leaders of the DFL: Gene McCarthy, Art Naftalin and Don Fraser.
In South Minneapolis, the struggle continues. It’s hard to get elected to any local office without the endorsement of the southside branch of the Democratic Socialists of America, the successor in Minnesota to the Farmer-Labor Party.
There will be municipal elections this fall to elect new City Council members. Precinct caucuses will be held on March 14 to elect delegates who will endorse candidates at ward conventions later in April and May. For more information, contact Briana Rose Lee, Chair of the Minneapolis DFL, at [email protected] or 612-504-9714.