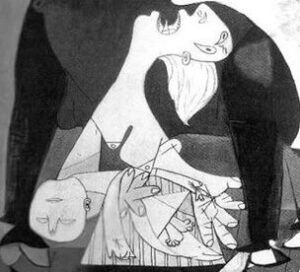 As of November, 33,476 Ukrainian civilians have been killed by Russian bombs and missiles. And the unspeakable slaughter of innocents continued through Christmas Day and New Year’s. In contrast, the bombing of Guernica in 1937 by the German Luftwaffe that inspired Picasso’s painting killed only 1,654 people.
The peace movement in Minneapolis and the U.S. is confused by these events. They reflexively blame the U.S. This is understandable. Ever since the first marches from Loring Park to the Minnesota state Capitol in 1964 to protest the U.S. war in Vietnam, through demonstrations against Bush’s Gulf War (reaction to that war was the inspiration for us to begin Southside Pride in February of 1991), to the 20-year war in Afghanistan, the U.S. has been the imperialist aggressor.
The peace movement justifies its opposition to the war in Ukraine by reminding us that Clinton agreed not to expand NATO without Russia’s understanding and agreement in their Partnership for Peace agreement signed in Budapest in 1994. Clinton assured Yeltsin that any NATO expansion would be slow, with no surprises, building a Europe that was inclusive and not exclusive and in partnership with Russia. Then, in 1999, the Czech Republic, Poland and Hungary joined NATO, and in 2004 Bulgaria, Estonia, Latvia, Lithuania, Romania, Slovakia and Slovenia joined.
Russia was solidly encircled.
Then, in 2014, Russia invaded and occupied Crimea. They justified the annexation by claiming it was part of Russia dating back to Catherine the Great. The population is mostly ethnic Russian. They held a referendum in which 83% of the population voted, and 97% voted in favor of integration with Russia. Most independent observers considered the results forced, and 13 members of the United Nations Security Council voted in favor of a resolution declaring the referendum invalid. Russia vetoed the resolution and China abstained.
Probably in reaction to the Russian invasion and occupation, Albania, Croatia, Montenegro and North Macedonia joined NATO in 2020. 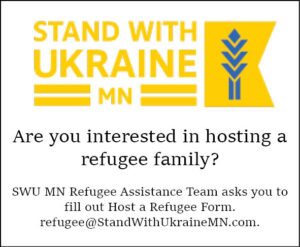 In reaction to the Russian invasion of Ukraine in February 2022, the last historically neutral European countries, Sweden and Finland, joined NATO on July 5, 2022.
As a further justification for their most recent invasion of Ukraine, Russia claimed the ethnic Russians (which make up the majority of the population in Eastern Ukraine) were being persecuted by neo-Nazis. Russia officially annexed Crimea in March of 2014. Two months later alt-right neo-Nazis formed the Azov Brigade to defend Mariupol and the Donbas region. A few months later the Brigade was incorporated into the national army and the neo-Nazis lost their influence. But the Russians used its original character to claim the Brigade was killing ordinary Russian-Ukrainians. There is some evidence that some Russian special operations agents were committing acts of sabotage and (in a false flag operation) blaming it on the Azov Brigade.
Putin’s attempts to call the Ukrainians Nazis falls a little flat when you remember Zelensky is a Jew.
Putin wants Russians to recall the Great Patriotic War when Russia repelled the German Nazi invasion—which echoed the Russian Civil War when 20 European countries invaded Russia from 1918 to 1920 through Ukraine to unsuccessfully try to defeat the Russian Revolution.
The taking of Crimea in 2014 had been fairly easy. There wasn’t much local resistance, and the sanctions the West imposed were offset by oil exports and a lucrative opium trade. The Russian high command was so confident that a show of force would frighten the Ukrainians into submission that they packed dress uniforms for a victory parade rather than extra food rations and ammunition.
The Ukrainians have pushed the Russians back across the Dnipro River in southern Ukraine, but the Russians still control large areas in Donbas and eastern Ukraine. They still control the 10,425 square miles of Crimea. They took another 46,000 square miles in the March 2022 invasion, but Ukrainian forces have since taken back 28,743 square miles.
The peace movement, here and nationally, wants an immediate cease-fire. But a cease-fire would mean the present battle lines would become new national borders. It would mean surrender of Ukrainian national sovereignty. And it would not end Russian imperialist aggression. You do not get rid of a mad dog by throwing it a bone, you only increase its appetite.
Ukraine wants peace, but only after all Russian troops leave Ukraine and the criminals who began these atrocities are brought to justice.
Biden and the Democrats have been supporting the Ukrainian resistance with defensive military equipment. They have been careful not to supply offensive weapons that could attack inside Russia. Trump and the Republicans have been critical of giving a blank check to Zelensky. One has to wonder if Trump is still bought by the Russian mob that bankrolled his casinos and bought floors of Trump Tower in Manhattan.
If you want to help ease the suffering in Ukraine, consider giving money to the Ukrainian American Center: 612-379-1956, https://uaccmn.org/. So far, they’ve collected more than half a million dollars to buy ambulances and medical supplies.
For a clear analysis of events in Ukraine, listen to Eric Draitser on YouTube: https://www.youtube.com/watch?v=-B53WjjzeNU.
You can also listen to Ukrainian Pie: https://www.youtube.com/watch?v=18jJkXKGsZM.