America’s police are still out of control 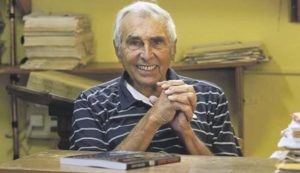 I wrote a piece in this space years ago with that title (excluding “still”), and the passing years have only deepened and confirmed that view. And how many objections/refutations did I receive for such an outlandish claim? Zip.

Well, save your pennies, because your pocket is about to be picked over another police shooting—of Justine Damond, in Minneapolis on 7/15/17. There will be a lawsuit and a settlement. In the shockingly confused aftermath the police chief was fired and weeks later there was still no account of the fatal shooting. Utterly incomprehensible, impermissible and outrageous.

When you misbehave and are sued, who pays? Who is accountable? We live in a nation where you are expected to be responsible for your actions. Not the case with the police. You pay, no matter how egregious the act. And why are cops never convicted? Of anything? Anywhere?

Juries love cops and cut them a lot of slack—especially white jurors. The union is a fierce protector.

Firing cops—for anything—is very hard to do because of civil service protections obtained by tough, smart, well-financed police unions. They help lawmakers get elected and secure great contracts from the folks they elect.

The police unions are skilled practitioners of the darker social arts. They hold votes of no confidence. A delegation asked me (while I was chief of the MPD) not to attend their annual picnic. Even during such ghastly tragedies as a fallen cop’s funeral, they will reward friends and punish enemies. NYC Mayor DeBlasio felt the chill when cops turned their backs to him during one such funeral. During the 1975 fiscal crisis, NY’s imaginative gendarmes urinated on the mayor’s lawn, blocked traffic and disrupted events—finally holding one such raucous outburst that resulted in my unceremonious departure from the NYPD in 1976.

Ironies abound. Even in the horrific recent killing of Officer Familia in New York, the record showed that the killer’s girlfriend called 911 several times, attempted to flag down patrolling cops and frantically sought help for her mentally sick boyfriend. All ignored her and became complicit in their colleague’s murder.

So—as Lenin put it—What is to be done?

Well, folks, I regret to tell you—nothing.  It’s pretty hopeless. And for President Trump to dog whistle approval of brutality and racism to cops is profoundly subversive.

Can the police be controlled?

Absolutely—if they can be fired for cause; personally sued and held accountable; carefully trained and supervised; and if the cops reflect the society it polices. Note I’ve said nothing about improving salary or benefits. Your generosity is such that, in addition to subsidizing any behavior, however gross or even criminal, you actually pay them well and afford great benefits. Congratulations.

Cops do good work and have important tasks to perform, but they are human and humans will respond to rewards and punishments. Would you do better in their place? I doubt it.

It ain’t the folks in the ranks—it’s the pervasive and awful power of the institution to acculturate its members. Don’t underestimate it. It lives and breathes and shapes. If countervailing forces are not introduced the organism goes its own way. Why is this a big mystery?

This ought to be titled, “The Confessions of a Failed Police Executive.” Police behavior can be controlled and I did affect their actions, but I changed nothing permanently—look around you.

As to the Damond shooting—since the cops chose to stonewall it, I’d have sought indictments—of the shooter for murder or manslaughter and of his partner for serving as an accessory.