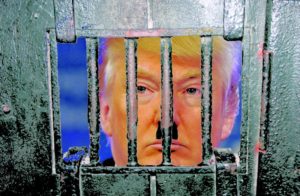 As you know, there were a record 144 opioid-related overdose deaths in 2016 in Hennepin County. I had the opportunity recently to report on a public meeting with Chief Arrandondo and Inspector Johnson of the 3rd Precinct. They both said when an officer arrests someone for possession or sale of heroin they always ask, “Where did it come from?”

But we know that 90% of the world’s heroin comes from Afghanistan; and we know that Afghanistan produces $6 billion worth of heroin each year under the protection of the U S military; and we know that Generals and National Security Advisors Flynn and McMaster were experienced with the opium and heroin trade from their tours of duty in Kabul. We can reasonably assume President Trump understands this and appreciates the significant role the U S has in controlling this trade.
But for Trump to knowingly collaborate in the sale and distribution of heroin would make him culpable under Minnesota Statute 152.021:  CONTROLLED SUBSTANCE CRIME IN THE FIRST DEGREE; Subdivision 1; Sale crimes: “A person is guilty of controlled substance crime in the first degree if on one or more occasions within a 90-day period the person unlawfully sells one or more mixtures of a total weight of ten grams or more containing heroin;” and “A person convicted under subdivision 1 may be sentenced to imprisonment for not more than 30 years or to payment of a fine of not more than $1,000,000, or both.”

As a citizen of Hennepin County, I most respectfully request your office investigate this criminal conspiracy and arrive at findings of fact and law.