The future of Hiawatha Golf Course 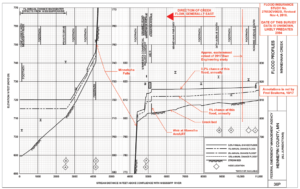 The Park Board granted the stay of execution because Charles Rogers and Bob Warfield went to the State Legislature and talked to Senator Patricia Torres Ray. They told her about the history of Hiawatha Golf Course, and the Bronze Tournament (the first African American golf tournament in America) and how much the course means to the minority communities in South Minneapolis today.

“Please join me, along with Rep. Jim Davnie, Rep. Jean Wagenius and Sen. Jeff Hayden for an informational hearing and update on the Hiawatha Golf Course project. We will have presentations from the Department of Natural Resources, the Minneapolis Park Board and the Minnehaha Creek Watershed District: Friday, Oct. 6, 8:30 to 10:30 a.m. at the Minnesota State Capitol, Room G3.”

The conclusion of the hearing was that we all should take a little more time to study this problem.

There are some paleo-environmentalists (PE’s) who want the area to go back to a natural wetland swamp. In the earliest maps of the area the lake is called Mud Lake, then it became Rice Lake because Native Americans harvested wild rice there. Theodore Wirth dredged the lake to 33 feet, poured the soil on the surrounding land and created Lake Hiawatha, Hiawatha Park and Hiawatha Golf Course.

In 1964 Vice President Hubert Humphrey had the U.S. Corps of Engineers build a dam on the Creek at 27th Avenue to back up water so there would be a waterfall at Minnehaha Falls when President Johnson came to town. This dam backs up 4 to 5 feet of water according to the FEMA Flood Profile. This has caused sinkholes and flooded basements and a flooded golf course because the water table for the surrounding area has gradually risen by 4 to 5 feet.

The plan that is being promoted by the PE’s would turn Hiawatha Golf Course into Camp Swampy, a nature place with a good restaurant. They believe something like that would bring in more money than a golf course, and it would be natural. They picture the storm sewer opened up and running into cleansing wetlands before it ran into the lake. This is assuming once you turn off the pumps the course will flood.

I agreed to the contest.

He replied, “I realize that this is only a small portion of the discussion, but I’m glad you’ll stop saying that.  I think it is detrimental to the overall discussion, because it creates the impression that there are easy solutions being ignored by a malicious Park Board. In reality, there are no easy solutions to this problem, nor is there any malice from the Park Board.”

I responded, “I’m sure you have studied the Barr Engineering study and profile of the Minnehaha creek bed, and I’m sure you have noted that there are no pipes crossing the creek that are higher than 810 feet above sea level. And you know that Lake Hiawatha has an average height of 812 feet. I have consistently said that taking down the dam would lower the level of Lake Hiawatha be at least 2 feet. I believe, further, that much of the height of the creek bed is sand that has been dumped into the lake and creek through the storm sewer systems, and much of that sand would wash away if the natural flow of the creek was restored.  I believe it is possible to lower the level by as much as 4 feet.

“But, even more damaging to Schroeder’s and the Park Board’s credibility, the Barr Study says, ‘Based on this survey, we have estimated that the potential lowering of Lake Hiawatha control would result in a water surface of 811.8 ft NGVD29, which is approximately one (1) foot lower than that the OHWL and approximate average water elevation (812.8 ft NGVD29) that we have been using for our groundwater and stormwater evaluations.’

“Removing the dam would lower the water level of Lake Hiawatha.

“We won’t know how much removing the dam will lower the water level, but we know even lowering it a foot would reduce pumping by millions of gallons of water.

“And, yes, I do think there has been malicious intent on the part of Park Board staff and Commissioner Musich in ignoring that conclusion of the Barr Study and steering public discussions into an acceptance of a man-made swamp in place of Hiawatha Golf Course.

Another debater challenged my assertions in Southside Pride that the depth of Lake Hiawatha was only 11 feet when it was 33 feet deep when Theodore Wirth dredged it in 1929. He said, “Actually this summer I took weekly readings of water clarity at Lake Hiawatha for the MPCA using a ‘secchi disk’ dropped from my kayak as I was out cleaning. When I did this I also checked the depth of the lake each time I did this. The average depth was 15 – 16 feet. Not 11 feet.”

“You say, ‘Our higher water levels are caused by more than the structures on the creek you are talking about. Namely, increased rainfall amounts and more Impermeable surfaces upstream.’ No matter how much water comes into Lake Hiawatha the water level will go to the lowest level at its exit and transit to Minnehaha Falls. The height of the dam at 27th Avenue is 812 feet above sea level. The height of Lake Hiawatha is 812 feet above sea level. The dam is 4 feet tall. I have attached the Barr Engineering Study that shows the height of the dam and the drop of 4 feet to 808 feet immediately behind it. Will you support removing the dam?

“You say, ‘The “open channel”would not be an open sewer, the sanitary sewer system has nothing to do with this, so it is misleading to say so.’ I probably should have said an open storm sewer, but a storm sewer is still a sewer.

“I think it is important to remember that for most of the time there will be no water in the storm sewer. It’s only after a rain or snow melt that water will run through the storm sewer system. The pipe that empties into the north side of Lake Hiawatha is completely flooded, but that’s not because water is coming out. Water is actually going into the pipe from the Lake because of the artificially created high water.”