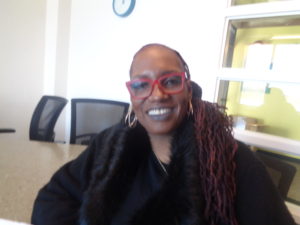 “There’s a dire need,” says Brendan Kelly, station manager at fledgling KRSM-Radio For All (www.krsmradio.org), “to better represent the diverse communities [comprising] South Minneapolis, Minneapolis in general.” For that matter, he points out, “this country.”

An idea began as the recurring brainstorm of Main Street Project, Hope Community Inc., Little Earth, Waite House Community Center and concerned neighbors— individuals like Kelly who had no affiliation, just the strong desire to see as he puts it, “a fundamental shift in how local news was reported—what communities were being represented.” Important, he notes, is how much control a locale such as South Minneapolis has over its own narrative. In a locale greatly made up of people misleadingly dubbed minorities—people of color increasingly constitute a majority here and around America—that narrative generally is appropriated by the sensibilities and mindset of mainstream media. “When communities are [mentioned] is it about them? Are they being spoken to?”

There is, of course, a difference between being spoken to and being spoken at. KRSM’s overriding imperative is that members of these communities do the speaking. “Our studio [on 11th Ave.] is just blocks away from Little Earth. It’s just up the street from Franklin Avenue, where the American Indian Movement was born. We are in a neighborhood with one of the highest per capita populations of Native folks in an urban setting anywhere in the nation.” Accordingly the programming features Native-American oriented fare, not window dressing, highlighting one perspective on behalf of Indians everywhere, but a variety of voices. Including “American Indian Living,” “Native America Calling,” “The Eagle,” “Native Roots Radio” and “Native Voices One.” “Another three [programs] are on the way in the next couple months.” Also, accommodating the Spanish speaking are “Communicad Alerta”, “Edición Seminaria,” “Oido Latino,” “Educación Es Poder,” “Hablando Franco” and “La Placita Bilingue.”

“No single show has the responsibility to bear the burden of speaking for an entire community. You can’t operate under the assumption that a community is homogenous. No community is. That’s not the way communities work. They don’t agree on everything. Any time there’s an issue in a community or an issue that affects [them], or a member of that community does something that pops up on the larger radar, there are multiple realities, and media ought to reflect that. Any media should, honestly.” All told, KRSM speaks fluently to as broad a range of South Minneapolis and its multiple realities as is conceivable—in Ojibwe, Spanish, Somali, Haitian Creole, Hmong and, of course, English.

“Same As It Ever Was,” revisiting ’80s music, is, says host Jamez L. Smith, “focused via the gaze of a black gay 20something poet.” He draws on a cross-section of sounds from an era well remembered for being all over the musical map. “The response has been great! People comment on my Facebook feed, sharing how much they love one song or another, how they’re dancing in their kitchens, how they’d forgotten a particular track. I’m hoping to build this momentum into a dance night at a club or bar. That said, people have begun asking to be on the show.”

“Lavender Plus” is hosted by Minnesota notable LaDonna Redmond, diversity and community engagement manager at Seward Community Co-Op. Her focus for Lavender Plus is Twin Cities native son Prince and not simply as a dazzled devotee. Certainly, she loves his music and has always been a huge fan. But, she says, “He left me with so much inspiration I wanted to share that inspiration with others to achieve their dreams the way that he did. So, I decided to not just listen to Prince’s music but [talk about] the history behind it. The roots of funk and jazz that come through his sound. That’s an important legacy.” Returning to the matter of inspiration, how his music and stage work impacted her as a teenager, she continues, “Not only was his music heartful, it had a number of messages [and] he was the first person I ever saw run around in bikini panties and leg warmers wearing a trench coat. [He] let me know it was OK to be the person I wanted to be. That I didn’t have to conform to others’ ideas or notions of how I should be or how I had to be. Throughout my life that’s been a really important lesson.” Redmond got on board at the ground floor, some six years ago, helping to stand the forming concept of KRSM on its feet. “It’s important for all of our communities, particularly black and brown, to have an anchor in giving information. We sometimes get information years behind dominant culture. For instance, the conversation around environmental sustainability really missed the African-American community.”

For good measure, over half of the shows are run by women and 73% are hosted by people of color (see a full schedule at the website). In the works are a monthly aired novella from El Colegio high school students and a show run by the imprisoned. No need to consult statistics to realize the significance of a broadcast from behind bars. Simply note the regularity with which people of color run afoul of the Minneapolis Police Department. It’s hard to toss a stone without hitting someone who has either been locked up or knows someone who is.

There is also nationally syndicated “Democracy Now!”(with a Spanish language edition). After all, southsiders also want to be abreast of the world beyond the southside as well as what’s going on in their backyard. Kelly adds, “Because we’re doing stories about South Minneapolis doesn’t mean those stories can’t resonate with larger audiences. The station is part of MAG-NET, Media Action Grassroots Network. A group of about a hundred folks and organizations who work at the intersection of social justice, racial justice and media. Whether that means content creation, a platform for media, a number of different things. We’re working on [ways] to share content with each other.”

As well as broadcasting, KRSM offers recording equipment for loan, free media skills training classes, and computer labs outfitted with audio editing software. The station has today’s requisite bells and whistles. Kelly states, “Listeners can check out past shows or listen live through our website. They can download our mobile apps and listen live on their phones.” Or simply turn on the radio and tune the dial to 98.9 FM.

This grassroots initiative, Brendan Kelly notes, is entirely by of and for the community, realized over the past eight years through a great deal of grunt work, “community meetings, fundraising, building a studio and recruiting folks, applying to the FCC. It turns out launching a radio station’s an awful lot of work.” With a volunteer base hundreds strong, it began streaming last March and hit the airwaves in late November, serving a potential audience of 300,000.