Vulnerable citizens, opportunity for the unscrupulous 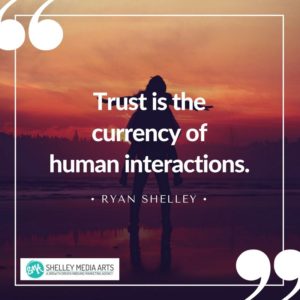 Everybody hopes they will never be jumped, assaulted, robbed, held up, mugged, etc., on the street. But it happens. It’s hard to imagine what gives perpetrators permission to traumatize vulnerable victims, such as the disabled, the elderly, young mothers, unarmed people.

At the end of January, Mr. D., who is elderly, doesn’t move very fast, has PTSD and other disabling conditions, went to Cup Foods at 38th and Chicago to buy a newspaper. As he was leaving the store, he saw a group of young teenage boys on their way in. He left the store and walked slowly to his car, which was parked in front of the bus stop facing north on Chicago Avenue. As fast as a hawk, one of the boys swooped over to him, and pulled Mr. D.’s wallet out of his front pants pocket. The kid then crossed Chicago, and ran west on 38th Street. Mr. D. shouted to the boy’s friends to help him, then hobbled as fast as he could across Chicago Avenue, shouting to a man at the bus stop to tell him which way the robber went.

Seeing it was useless, Mr. D. went back to his car, got on his cell phone and called the police. Two squads arrived fairly soon. Mr. D. assumed they would begin an investigation and probably look at store videos and possibly drive around the area looking for the suspect. Cup has a surveillance camera inside the store. Super America, across Chicago, has cameras that survey Chicago and 38th. Mr. D. went home to cancel his credit cards. He’s not sure how much cash he had, but he’s sure it was more than $100.

Around Christmas of 2016, my friend Marilynn, a young mother, went out late one afternoon for a walk in a nearby park, leaving her baby and husband at home. At that time they lived in a nice Minneapolis neighborhood along the Mississippi—they have since moved.

Two young boys held her up at gunpoint and took her cell phone while two of their friends stood a few feet away. An older couple interrupted the robbery by calling the police, who came to the scene and assembled a hasty lineup of various kids in the neighborhood, none of whom were the boys involved.

Marilynn was traumatized for weeks and months afterward. She said her memories of the event’s details kept changing. Only after about a week did she begin to remember they had been hitting her too, and laughing. In my notes on my conversations with Mr. D., I also find some contradicting information, which is probably related to the trauma he experienced. And there weren’t even guns involved in his case.

Both victims have found support from friends and neighbors and close family members. Mr. D. has found his block club leader to be especially helpful.

Marilynn’s husband, who is from Kazakhstan, was shocked that punks and hooligans would hold up a woman. He said in his country, and in Russia too, there is a code among the criminal element—no women and children—only people who can fight back. I think the intention of the perpetrators who robbed Mr. D. and Marilynn was to pick on someone who couldn’t fight back. Mr. D. worries about people using canes and traveling in wheelchairs. How can they defend themselves?

Despite being victimized, both victims, Mr. D. and Marilynn, don’t wish ill to the kids. They don’t want to see them caught up in the criminal court system. (A criminal defense lawyer who works 24/7 for the state, who spoke at We the People’s Constitution class in 2017, calls it the “criminal court system,” not the “criminal justice system.”) Mr. D. and my friend care about the perpetrators. In fact, when the boys were running away after taking Marilynn’s cell phone, the boy she assumed to be about 10 years old fell on the ice. Her first instinct was to run to him and see if he’d been hurt and to take care of him. Then she thought better of it.

I called the investigating officer in Mr. D.’s case, gave him the case number, and asked him to return my call. He didn’t, but Lt. Darcy Horn did and explained that they can’t talk about a specific case but could answer general questions.

She explained that this crime is called “theft from person” and can be considered a felony, depending on what the prosecutor decides. If a suspect were found, the evidence against him would be presented to the Hennepin County Attorney’s Office and the Office would decide what kind of charges would be brought and if there would be a trial or a plea, etc. I wondered, of course, because of my beliefs, if the guilty party might be able to go through a restorative justice process in which he would meet face to face with his victim and create a plan for reasonable restitution.

So far the perpetrators have not been found, in either of the cases. In Mr. D.’s case there might be enough information to find him, so it is still possible. Mr. D. said the kid was so “nonchalant, as though he did this every day and didn’t expect to get caught.” In my friend Marilynn’s case, it won’t happen.

The perpetrators in both cases were very young. I’m assuming they don’t see themselves as part of society. They are on the edges, in another group. What they see as the main group, to which they don’t belong, is not human. And they may have learned from the main group, mainstream society, one of America’s sadly major principles: When you see vulnerability, it’s an opportunity. You are dumb if you don’t take advantage of it.

The attitude of these young perpetrators fits with our culture, which thinks nothing of preying on the vulnerable. What are foreclosures? What is payday lending? What are bank fees for overdrafts? What is it when police confiscate money and property from suspects? etc. etc.