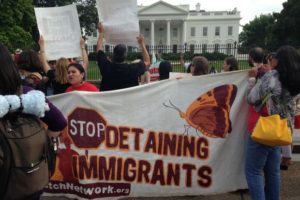 I read FB posts too many times a day. I am shattered time and again by the evil afoot in our world. I despair.

Then I remember my dear friend Rev. Harry Maghakian, who retired from pastoring Andrew Riverside Presbyterian Church a few years ago, and died on May 15 at the age of 94. Wherever he went, he brought joy and strength as he extended himself to others. He was well known as a minister and as the founder of People Incorporated. You could feel that he wasn’t just out there drifting on his own. No. He was part of something much bigger. He was part of the universe, the human race, the Andrew Riverside community, his neighborhood, his family—his wife of 59 years, his descendants, his ancestors.

The word I heard more than any other in his charismatic sermons, the one that really stood out, was “hope.” If someone whose parents escaped the Armenian genocide, someone who was completely aware of that level of evil, walked in hope, then maybe we can too.

It’s hard. Last week on Wednesday I got an email that gave me hope. It showed what people who have compassion and goodness—and just plain human decency—can do when they get organized. The email came from Grassroots Leadership in Austin, Texas, and was forwarded by the Interfaith Coalition on Immigration (ICOM) here in Minneapolis. County commissioners in the Texas county of Williamson voted 4-1 to end their contract with the T. Don Hutto immigrant detention center. Formerly detained women, advocates, members of the faith community and Williamson County residents in the Shut Down Hutto Coalition had put public pressure on the Williamson County Commissioners Court for months in order to achieve this step forward.

Although the problem is not solved by a long shot, we must take every little hopeful moment such as this one as something to build upon.