The games we play 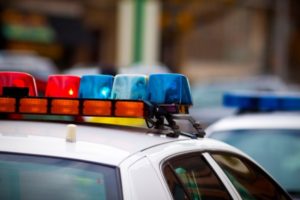 The prosecution of Justine Damond’s killer will start soon and end badly.

Getting a jury to convict is gonna be a hard—maybe impossible—sell. After all, the shooter is their protector. He stands between the juror and them, and we all know who they are.

Well, it was a really heavy lift getting him charged and no one’s heart was really in it. It’s a lot more fun railing against kneeling footballers, no?

The cop’s partner must be charged as an accomplice to murder and compelled to testify against the shooter in exchange for leniency.

This would be a real blow to the Blue Wall of Silence and to the solidarity that binds cops together even against (maybe especially) the very people they’re sworn to serve and who pay their salaries.

This is another heavy lift.

The cop will be seen as black but is, in reality, blue. We just don’t get it.

The second thing is jury selection.

The cop is black, yet, I’m going to plead for the inclusion of as many black jurors as it is possible to impanel.

Blacks are the only segments of our population who have probably had some experience (as participants or familials) with police abuses of power. I have found that white juries are naïve, innocent and over-trusting of cops, while blacks are much more likely to be skeptical. A gross and blatant generalization to be sure but, I hope, reasonably accurate.

A final point relates to a possible outcome.

In the unlikely—actually virtually unthinkable—event that the cop seeks a deal—take it—whatever its form and notwithstanding the critiques of idiots alleging a sell-out.

Any plea is better than a very likely loss, and it sure makes a settlement a just possibility and outcome. The tragedy comes from you having to foot the bill, but then, that is the system you’ve created.

The pace of the inquiry is slow enough to suggest a difficult mystery. As we approach the first anniversary, the behavior of the system can best be described by a wonderful word—pusillanimous.

And, since no one in authority ever sought or heeded my views, let me pile on. Hire an expert who can explain police arcana to an innocent jury. Those suing the city invariably employ these witnesses but, being penny-wise and pound-foolish, the prosecutor rarely hires these gun slingers—with predictable results.

The foregoing can be classified as venting—the fulminations of geezerhood.

It may be worth remembering that since the shooting in July 2017, both the mayor and the police chief lost their jobs. I’m not alleging cause and effect, but the fecklessness of the prosecution, to date, suggests there’s a third domino to fall.