POWDERHORN BIRDWATCH: The birth of birds, bears and other animals 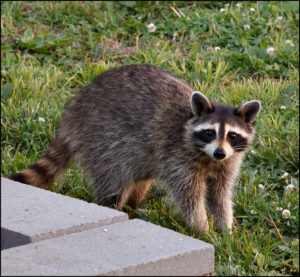 Last month, after complaining about odd weather, I proceeded to write about the usual water birds’ births. By now, of course, the Wood Ducks have also contributed many ducklings to the Mallard Duck and Canada Goose nursery and all the young seem to be growing along fine.

New American Robins were coming to the backyard from somewhere near the house early on and seem fine. But now for some more excitement: From the vantage point of our little second floor “dust porch,” we are keeping tabs on a Robins’ nest. Around two weeks ago, we noticed a busy Robin coming and going with nesting materials (grass, mud, etc.) and packing it just so on a branch of the Honey locust tree about 12 feet off the porch. Then about seven or eight days ago, mom was spending time on the nest, leaving occasionally for no more than five minutes at a time. We aren’t able to see into the nest so we don’t know how many eggs there might be. Hopefully, we’ll be able to tell when they hatch and then subsequently fledge.

Unlike the water birds, Robins and various song birds can have more than one brood in a summer. Anyway, time will tell on that. Grey Catbirds, a close Thrush bird to Robins and such are around the backyard also lately.

Back to the park: Great Egrets are now regular visitors to the lake along with usual Great Blue Herons and Green Herons. Usually, Egrets are early water birds, but this year my first Egret at the lake was on June 15, and now there are one to three almost every day. We now have up to three or four Green Herons, and once, I witnessed one up to only 15 to 20 feet away from me, catching minnows or whatever the very small fish are that it is catching. The large Goldfish school is around again this year for the larger Heron-like birds.

Eastern Bluebirds are back, but like various song birds, are fewer in number than most years. Most of the few bluebirds are in the “high” area of the park near 14th Avenue.

“The Bear” and other animals
Before seeing the Great Egrets in the lake (on June 15), I was talking a little about birds to a nice gentleman with a nice medium-large black dog. It was also a very friendly dog. Minutes later, after the gentleman and the black dog had continued on, I heard three young boys—brothers about 2, 4 and 6 years old, I think—exclaim about a bear coming down the walk. It was, of course, the gentleman I had just talked to and his black dog. The boys did not seem scared of “The Bear” dog; the boys’ father, I think, was soon with the boys who were doing fine with “The Bear” dog. That was of course my first “bear” at the park.

Several other people reported deer in the neighborhood. I am pretty sure they were grown-ups and were correct about that.

And I am real sure a raccoon passed through the backyard on June 18 at 9:45 p.m. It has been five or 10 years since I have seen one in the yard or alley, but there are various raccoons seen in the area. This sighting was shortly after all the hoopla about MPRraccoon in St. Paul.

And I have still not identified the hawk living near the south side of the lake.

Thank you and be careful about bears!

Comments and observations are always welcome. Send them to me in care of Southside Pride. Thank you.