Affordable and accessible in Richfield 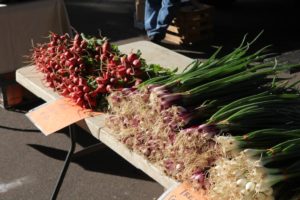 For our focus on 66th Street, Richfield, we will look at how Richfield stacks up to Minneapolis in providing affordable and accessible life necessities, particular food and housing. But first, to get things into perspective, some comparative demographics. In the 2010 census, Richfield had a population of 35,228 with the average age being 36.2. This is about 1/11th the size of Minneapolis, and Minneapolis’s median age is about three years younger. White people make up 69% of Richfield’s population but more like 63% in Minneapolis. The median income for households in Richfield is $52,484.00 compared to Minneapolis’s $66,282.00. This makes Richfield slightly poorer, whiter and older, in addition to much smaller. So we can ask, what if you are poor, older, disabled, not working, or with a large family, or any combination of those, and living or desiring to live in Richfield? Will your needs be met as well as they would be in the larger city to the north?

One proviso for readers not familiar with the public welfare landscape: most government-based social services except education are administered by Hennepin County, which both Minneapolis and Richfield are wholly within. At least in theory, the service levels should be the same. Most recipients of public aid in Richfield have to attend field offices in Minneapolis for service, although there are satellite sites, particularly for health services. There are several excellent Hennepin County libraries in Richfield. Although Richfield has no LRT stations, it has good bus service, including the high-frequency #5 which terminates at the Transit Hub at the Mall of America in neighboring Bloomington.

Starting with food, we’ll start with the Richfield Farmers’ Market. Despite being open only on Saturday from 7:00 am to noon, the Farmers’ Market is very popular in Richfield. It claims to have affordable food, but Yelp reviews say otherwise. (Perhaps their expectations are unrealistic. Producing good food is not as cheap as mass producing food-like substances with government subsidies.) But for sure it has healthy food, and lots more to offer, including music, artisans, classes, master gardeners, and a covered pavillion under which to gather rain or (pitiless) sunshine. There is also a Winter Farmers’ Market inside the recreation center. National Farmers’ Market Week is coming up August 5th through 11th. There will be special activities at the market on August 11th, so if you’re thinking of checking it out, that would be the day.

How about the other locavore favorite, the Community Garden? The city of Richfield did operate an official city community garden for almost a decade, but it shut it down for 2018 and they are unsure of whether it will be restarted (the council is “rethinking”.) The immediate reason for shutting it down was a resurfacing of 28th Avenue, but the long-term reason is that there was theft and vandalism of the garden – a typical (sad) example of the “tragedy of the commons.” There are also two church-based community gardens in Richfield listed on the Gardening Matters website: Loaves and Fishes Woodlake at 7525 Oliver Avenue, and House of Prayer – Reaching Richfield at 7625 Chicago Avenue.

On the food co-op score, too, Richfield has a decent showing. Richfield has a large outlet of Lakewinds Co-op (which also has a store in Chanhassen plus its original location in Minnetonka.) As a serious co-op fangirl, I have checked out Richfield’s Lakewinds and it has my approval. A few more grocery outlets are available, including an Aldi at 6310 Penn Ave. And finally, Richfield has the Fare for All program in place, which takes place at the Richfield Community Center, 7000 Nicollet Avenue on the fourth Tuesday at 1:00 pm. The next two are July 24 and August 21. Fare for All sells pre-selected “baskets” of groceries including fresh meat, vegetables, and fruit, at greatly reduced prices and has no income-verification requirement.

Looking at the affordable housing aspect of Richfield, there’s some good news and some bad news. The bad news is much the same as in Minneapolis and most everywhere else. Rising market rental rates, a burgeoning in the population at the 19-40 age range (plus that age range having new kids), gentrification, the housing effects of spiralling income inequality, declining investment in public housing and housing subsidies, all of which leads to declining availability of affordable housing, “housing-burdened” and “housing-insecure” individuals and families, displacement, foreclosures, evictions, and ultimately, rising homelessness, much of it invisible. The good news is that in Richfield, affordable housing advocates are not surrendering to these forces and have had a few “wins.”

Richfield has no actual public housing, in the sense of what Minneapolis has in the (dwindling) stock of MPHA (Minneapolis Public Housing Authority) developments. I don’t know for sure, but I suspect they just never had any, rather than having had some that was converted to market rate, as has been happening in urban areas across the country. However they have had project-based Section 8 and other forms of specifically subsidized affordable housing. In one large case, this was lost to the market-rate “developers.” The former Crossroads apartments, now called the Concierge, which housed almost 700 affordable units, was sold to private developers in 2015. After an extensive remodelling, its new owners converted it to 100% market rate, and rents now range upwards from $1139.00 for a small apartment. However, the developers were forced in 2017 to settle a 2016 lawsuit by former Crossroads tenants, in what affordable-housing advocates call the largest settlement of its kind in the US. The settlement resolved a Federal housing discrimination suit alleging the owners of the Crossroads at Penn broke the law when they renovated the complex for an upscale market. The settlement amount was around $650,000.00.

Also in 2017 there was a more direct win for affordable housing when Aeon, a non-profit developer that works to preserve and create low-income affordable housing, purchased Seasons Park Apartments (951 E 77th St) and thus preserved its affordability in Richfield. Seasons Park has 422 apartment homes, which include one- and two-bedroom apartments. It was being targeted for a sale to a private for-profit developer. The sale concerned city leaders and residents alike that it would push out low-income families and make it unaffordable. Aeon agreed to purchase the Seasons Park apartment complex for $36 million along with a development partner, and to invest a further $4 million in renovations. Aeon President Alan Arthur said at the time, “With our partner, the community development trust, this can be a model for Minnesota and across the country on how to work together and how to keep more homes more affordable for more people.”