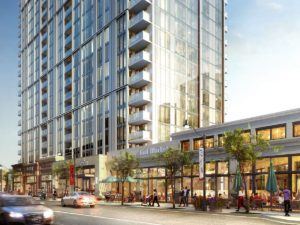 The tremendous public interest and community involvement around the city’s proposed 2040 Plan has been a great exercise in democracy. And, as my wife continually tells me, “Exercise is what you need to stay alive.”

There has been a lively debate on the Minneapolis Issues Forum between Carol Becker, who represents the voters of Minneapolis on the Board of Estimate and Taxation, and developers to decide which policy would be best for the city. Carol wants the city to continue to allow neighborhoods the right to review and approve plans for major new development on their block. Developers and their friends are arguing for greater density. They want to upzone the entire city—allow every house to become a triplex. Of course, not every house, the rich would still enjoy mansions around Lake Harriet, Bde Maka Ska and Lake of the Isles without fear of a triplex moving in next door. The greater density would happen easiest and fastest in poor neighborhoods where there is cheap housing.

I was elected to the City Council 45 years ago, in 1973, in part, on a campaign to downzone neighborhoods to existing usage. Model Cities (a community organization created as part of LBJ’s War on Poverty) understood early that, when the City Council voted to upzone huge sections of poor and working class neighborhoods in South Minneapolis and leave the areas around the lakes alone, their neighborhood was being threatened with extinction. They fought back.

I had been arrested three years before, in 1970, when I was publishing Hundred Flowers, a local alternative newspaper. I was covering a sit-in on Harriet Avenue of people protesting the tearing down of family homes to make way for two-and-a-half story walk-ups.

Neighborhood resistance in South Minneapolis to city planners selling off their neighborhoods to developers goes back more than 60 years. I remember my dad talking about it in the DFL 12th Ward Club back in the 1950s.

The current version being pushed by Council President Lisa Bender and Council Vice President Andrea Jenkins allows houses to be replaced by a triplex, not a fourplex, as originally offered—this is considered a grand compromise. The blanket upzoning of poor and working class neighborhoods means that neighborhood organizations will no longer have a say in what goes up in their neighborhood. A developer could come in, buy up three houses in a row, knock them down, and put up at least a nineplex (probably more if they promise to put in some units of affordable housing). And the neighborhood is transformed.

Shouldn’t the neighbors have something to say about that?

On Oct. 8, Council Member Cam Gordon announced he would hold a 2nd Ward Community Meeting Oct. 15 at Brackett Park in the Seward neighborhood, probably the neighborhood most likely to be affected by the change. Andrew Johnson and Jeremy Schroeder followed with their 12th and 11th Ward 2040 Comp Plan meetings.

I asked Abdi Warsame and Andrea Jenkins if they intended to hold public meetings on the Plan in their wards. Jenkins announced she was holding a public meeting in her ward on airport noise. And Warsame hasn’t responded.

Alondra Cano announced she will be co-hosting a panel discussion with C. Terrence Franklin, the director of Community Based Research from the University of Minnesota Center for Urban and Regional Affairs (CURA). Also speaking will be Fernando Burga, an assistant professor at the Humphrey School of Public Affairs, and Shauen Pearce, director of Economic Development & Inclusion Policy for Mayor Jacob Frey. The topic of discussion is “Racial Justice and the Comp Plan: Who benefits from Minneapolis’ 20-year growth plan?” at the Safari Restaurant, 3010 4th Ave. on Tuesday, Nov. 13, from 5 p.m. to 7:30 p.m.

These are the architects of the 2040 Plan. They will explain why the Plan is good for you and how it will achieve racial equity. It’s a shame the panel didn’t think to invite Carol Becker, a noted critic of the Plan to speak. She has criticism of the Plan because it deliberately discriminates against communities of color:

“And if you note that the parts of the city with large portions of white people are treated better than those parts of the city that have concentrations of people of color, you would be right. Funny for a plan that purports to address racial equity.

“There are also quite a number of streets that are mostly residential that are zoned to become commercial streets. These are mostly streets that have commercial nodes that the City wants to turn into full commercial streets. These include 42nd Avenue from Lake to 38th Street; 28th Avenue from 38th Street to the Creek; all of Cedar Avenue and all of Chicago Avenue. This means businesses could move into these streets even though the block is completely residential. Residents would have no say or ability to stop a business moving in next to them.