Why did the cops have to kill Travis Jordan? 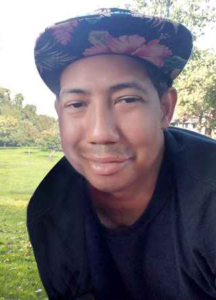 Why did the cops have to kill Travis Jordan? They were called to a mental health crisis—a man was depressed. He was talking about taking his life. The cops arrive. He comes out to his front yard. The cops say he had a knife. So, they shot him multiple times and killed him.

I asked Bob Kroll, head of the union, “Did the police officers claim they were acting in self-defense? Was Travis Jordan threatening to kill them? Did they have to kill him to stop him from harming himself?”

Kroll responded, “The investigation is underway. I can’t release any of those details. I can tell you this was, and will be proven to be, a justified use of force.”

If Travis Jordan was standing in his front yard, obviously not holding any hostages, then the only person he could hurt would be himself.

The first responsibility of police responding to a dangerous call is to secure the perimeter. Make sure everybody is safe all around, then they should start negotiations with the suspect. But our cops love to jump in with guns drawn and threaten to kill people. That’s what happened with Thurman Blevins and Jamar Clark. Travis Jordan had not committed any crime. He was killed because he was a person of color in North Minneapolis acting strange.

Why aren’t Minneapolis police officers being held responsible for their obviously racist killing of young men of color?

Why isn’t Council Member Alondra Cano holding public hearings in her Public Safety Committee on the conduct of police officers killing people of color while acting on behalf of the city?

What do these men share in common? They were killed by officers who failed to de-escalate the situation. The officers should be held accountable, and the MPD must acknowledge they are unprepared and unsuited to deal with mental health crises in communities of color.

Finally, we have to acknowledge that we share some of the blame for these three tragedies. Our public school system does a poor job of teaching the most vulnerable. Without affordable housing, a good job with decent pay, adequate nutrition and free access to a community college or vocational school—we are condemning our most vulnerable young people to despair, a sense of failure and suicide by cop.

We can do better than that!