IN TRANSIT: The winter 2018 service change and improving transit governance 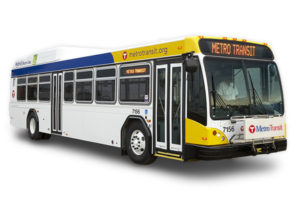 The infamous “pick” is upon us. That is, the time once every quarter of a year where Metro Transit adjusts its schedules and sends its drivers scurrying to new routes. The schedule changes in effect the 1st of December 2018 affecting the Southside Pride readership area are as follows:

• Route 5 has some rush-hour trips reinstated that were eliminated during the bus driver shortage.

• Route 21 will run slightly less frequently—every 10 minutes Monday to Saturday, and every 15 minutes on Sunday; half as often to Saint Paul.

• Route 23 will get an additional trip at about 5 a.m. to enable people to transfer to the Blue Line for early shifts at the Airport.

• Route 46 will have a few low ridership trips eliminated.

• Route 53 will have one trip in each direction reinstated.

• Route 67 will lose service in both the mornings and the evenings seven days a week; however, one early morning weekday trip is reinstated.

• Route 74 will have a couple of afternoon rush hour trips reinstated.

Restore the MTC and Improve the Met Council
During the last election campaign, one of the promises made by Republican candidates was to reform the Metropolitan Council. While I am far from being a Republican, I am willing to acknowledge that a stopped clock is right twice a day. The truth is that an unelected Metropolitan Council, appointed by the governor, has either no accountability or the wrong kind of accountability to reflect the wishes of the people of the Twin Cities.

One of the first reforms I propose is to make the council an elected body. The 16 district representatives should be elected by the people of each district. The chair of the council could still be a gubernatorial appointee.

The “New MTC,” as I envision it, will consist of seven members, appointed by local officials. Since appointed bodies aren’t strictly required to hold to the “one man, one vote” principle, I would propose that the districts be roughly apportioned as one for every one-seventh of the transit service, rather than every one-seventh of the population. The designated appointers could be mayors of cities, members of city councils, or county board members. The commissioners would be expected to be transit experts, either professional or avocational, who seek to provide the best transit service possible in their respective districts.

Happy Holidays from your transit columnist!