The toxic greenwashing of a city: Conserve buildings to conserve the environment 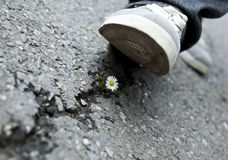 Whether or not the number of bulldozers per capita will increase due to the Minneapolis 2040 Comprehensive Plan, it must be noted that Minneapolis is ALREADY being bulldozed. One lot at a time, one iconic restaurant at a time, sometimes a city block at a time. If we truly want to curb our carbon footprint, if we truly care about the future sustainability of our city, we must make more deliberate decisions about how easily we destroy our existing urban fabric and what requirements we put on new construction.

As Carl Elefante famously said, “The greenest building is the one already standing.” Existing buildings contribute less carbon in general than new construction for many reasons. First, historic building practices included placement of buildings, attention paid to airflow and solar gain, as well as size of structure. Second, existing buildings have embodied energy, which is the energy used to create and transport materials and then assemble them, which has already been done and won’t have to be done again. Finally, existing buildings provide a resource for carbon sequestration through the materials within the building.

Buildings that were built prior to modern HVAC systems are far more likely to be built with features such as airflow and awareness of solar gain than new construction. This attention to detail at the time of a building’s construction result in less need for heating and cooling, which lowers the operational energy use of the building.

Another valuable characteristic of historic buildings that cannot be overlooked is “character.” If we truly want to encourage people to live in our city it needs to be a place people WANT to live. Preservation of historic buildings offers character through the individual details found in historic structures in addition to the variety these historic buildings give our streetscapes and overall built environment. This type of environment is more attractive to people than homogenous new construction. Preservation of existing structures doesn’t necessarily impede adding density to our city, which I will address in a future article.

When considering the environmental impact of something (whether it be a car or a building) one must consider both the embodied energy as well as the operational energy of the item. How much energy (and therefore carbon) goes into the creation of an item? According to “The Greenest building: Quantifying the Environmental Value of Building Reuse,” a report by the Preservation Green Lab: National Trust for Historic Preservation, “… it takes 10 to 80 years for a new building that is 30 percent more efficient than an average-performing existing building to overcome, through efficient operations, the negative climate change impacts related to the construction process.” The study goes on to point out that this savings adds up with scale: “For example, if the city of Portland were to retrofit and reuse the single-family homes and commercial office buildings that it is otherwise likely to demolish over the next 10 years, the potential impact reduction would total approximately 231,000 metric tons of CO2–approximately 15% of their county’s total CO2 reduction targets over the next decade.” (Both quotes are from page 8: https://living-future.org/wp-content/uploads/2016/11/The_Greenest_Building.pdf).

As the effects of climate change become more apparent and our lack of action on reducing our carbon emissions continues, the importance of carbon sequestration is getting more and more attention. Materials in existing structures are sequestering carbon that will be released when incinerated or decompose in landfills when torn down—specifically, historic buildings containing old growth lumber. Old growth trees grew, and sequestered carbon, for hundreds of years. New growth timber used in modern construction has only had a few decades (at most) to sequester carbon from the atmosphere. A recent study published in the journal Nature even found that older trees sequester more carbon annually than younger trees (“Rate of tree carbon accumulation increases continuously with tree size”

If the City of Minneapolis truly wants to curb carbon emissions, as proponents of Minneapolis 2040 claim, they would take serious action to stop the teardowns already too common before Minneapolis 2040 and only set to increase after the new plan takes effect. The city could strengthen historic preservation efforts (not in the sense of treating historic properties as museums to the past, but actually maintaining our existing infrastructure); the city could add increased fees and permitting requirements for tearing down existing buildings; it could implement an upper size limit on new construction as they are pursuing in Portland, Ore.; and they could pursue policies that REQUIRE increased density when a building is torn down, just to name a few. Unfortunately the city won’t do a single one of them. They won’t do anything that will limit developers in any way. Developers are who the Minneapolis 2040 Plan was written for, not the environment, not for people of color, not for those in need of affordable housing.