The sad deterioration of our parks

On Friday, May 31, Superintendent Al Bangoura and Commissioner AK Hassan celebrated the opening of new swing sets and sod replanting at Peavey Park. It was a gloriously staged event with television cameras and much self-congratulation. 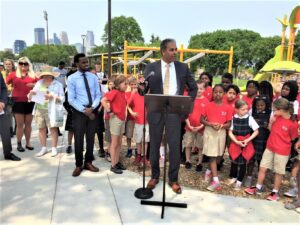 Earlier that week I had sent Bangoura an email talking about the sad deterioration of Powderhorn Park, the grass growing over tennis courts all over South Minneapolis and the neglect of Hiawatha Golf Course. I asked to meet with him for an interview. The Trust for Public Land ranking of parks in the U.S. had just come out, and Minneapolis had dropped from No.1 to No. 3, behind Washington, D.C., and St. Paul. In spite of the decline in ranking, Bangoura began his remarks by saying, “We are the best park system in the country. We’re number one.” 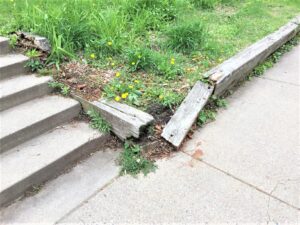 I asked him after the ceremony if I might interview him about the Park Board’s plans to flood the Hiawatha Golf Course. He vigorously shook my hand and assured me he wanted to meet with me. I sent him the following email: “Hello Superintendent Bangoura, It was a pleasure to meet you this afternoon, and thank you for the invitation to meet with you to discuss the future of Hiawatha Golf Course. If you have not already read it, I strongly recommend you read the White Paper by SaveHiawatha18. I look forward to our discussion. Ed Felien.”
I have not received an invitation to interview the Superintendent.
I asked Commissioner Hassan what he thought of the future of Hiawatha Golf Course, since that is one of the precious gems in the crown of our system that is entrusted to his care. He said he’d been out of town and hadn’t had the chance to return any of my emails. I asked him for an interview and followed up by sending him another email. He must be out of town again because he hasn’t returned the last email.
The Park Board is intent on reducing pumping at Hiawatha Golf Course. They know this will flood the course. Assistant Superintendent for Planning Michael Schroeder has said the DNR (Department of Natural Resources) told him the Park Board had to reduce pumping. SaveHiawatha18 says, “The DNR has stated that they have not defined a pumping level that is acceptable or unacceptable.”
The Park Board has said reducing pumping will return the property to its natural state, even though they are aware of the Barr Engineering Study that indicated a dam/weir under the 30th Avenue footbridge was holding back 2.7 feet of water. The dam/weir is 810.7 feet above sea level, and the highest point of a utility pipe is 808 feet. Reducing the level of Minnehaha Creek by 2.7 feet would reduce the water level of Lake Hiawatha and lower the surrounding water table by 2.7 feet. That would dramatically reduce the flooding of the golf course and the flooding of neighborhood homes.
The people of Minneapolis deserve answers. 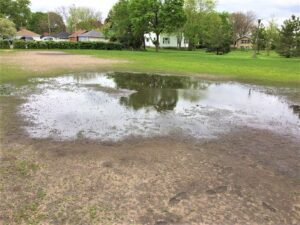 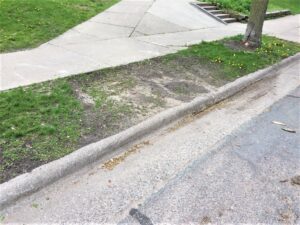 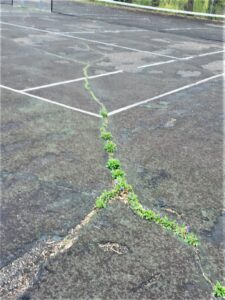