The subtle art of losing 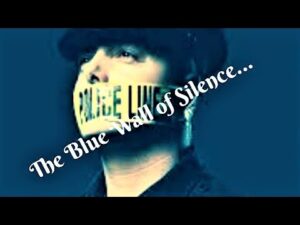 Every essay is a drip between the Scylla of truth and the Charybdis of offending.
What is your responsibility to readership? It is really a sort of sacred trust and central to my pretensions to integrity—pathetic though they be. The reader must be served. The writer is a steward of trust.
I find it painful to write of our police chief.
Chief Arradondo is a wonderful man—flattering, generous, thoughtful, knowledgeable and altogether a real pleasure to be with. But I’ve concluded he is a loser.
There are two litmus tests by which to infallibly gauge the worth of any police chief: 1) a vote of no confidence by the police union means the chief is probably holding cops accountable and they don’t like it, and 2) a union’s praise usually means the chief is probably not trying to guide and control police behavior.
The cops want to be protected whatever they do. The Damond case is a great example of how this works.
One of the big problems here is Minnesota Nice. We’ve persuaded ourselves that it is an unalloyed asset. It isn’t. It is an enabling device that keeps pleasant, inoffensive functionaries in office ad infinitum. It may be nice but it can be expensive.
Chief Arradondo tolerates a boondoggle that would’ve made me puke—a bloated, duplicative, superannuated bureaucracy of supernumeraries. Worthy of Gilbert and Sullivan.
He didn’t create it—or, really, much extend it, but he allows it to continue and does nothing to impede its progress. Across the River, St. Paul seems to be eliminating some organizational fat: horse patrols and motorcycles.
When Napoleon was asked which soldiers make the best generals, he responded, “Lucky ones.” The same goes for chiefs. But which cops do I think make the best chiefs? Unpopular ones.
Every police chief in America benefits greatly from Roe v. Wade yet accepts personal credit for the dramatic reductions in crime. No one should be shocked by such hypocrisy, but I will confess to chagrin for not having been born later.
After 36 years of police service and over 20 of expert witnessing all over the nation, I will modestly assert there is not one single chief I’d call a model or a reformer in the style of Patrick V. Murphy (NYPD, 1970-1973, a brief but glorious reign).
All tolerate racist acts, enjoy their lives in bed with the union, encourage bloat, duplication and inefficiency and generally have a really wonderful time. I envy their party. On top of all this, the great bargaining skills of the police unions have provided such wonderful salaries and benefits as if to make corruption both unnecessary and unthinkable. What a lovely moment to be chief.
It is curious that Mr. Noor, the shooter, referred to the victim as “the threat,” thus objectifying and dehumanizing her. That’s what people do to engender scorn for “the other.” Labels are powerful psychological tools. Australia, I was told by a native, is in hysteria over this call.
So, I confess my invidiousness and bewail my fate. Had I been able to counsel my parents to hold off a couple of years, I’d have been heir to the Roe v. Wade peace dividend still washing over an unknowing and unappreciative America.
I fervently pray Chief Rondo is not pissed at me. I would hate to lose the attentiveness of this good man, and it is genuinely painful to write this.
El bono publica must be observed.
Thus passeth earthly glory.
And, in its midst, I have to complain of his handling of the Damond shooting once again. By not charging the driver and coercing his testimony, the authorities—all of them—enabled an accomplice to give testimony (cops call it testi-lying). And there should be a Firearms Disclosure Review Board Inquiry into the matter. Where is it? The settlement—capitalized—is coming. Repent!
My fundamental quarrel with Chief Rondo and his peers is that they fail to appreciate that they are management, the union is labor, and the relationship is adversarial. Horrors—conflict!
A sense of history would help. Does anyone remember the MPD from 1970 through 1979? Charles Stenvig? Hello—anyone there?

Last month, Chuck Turchick made many of the same complaints to Mayor Frey and to the City Council:

In a May 9, 2019, WCCO-TV report, the narrator says: “Mayor Frey says he and the chief will take a wrecking ball to the blue wall of silence and make sure officers understand their duty to serve and protect” (at 1:35 of video). According to reports of a community discussion held two days earlier, Chief Arradondo said, “If we had a wall of silence, I would take a wrecking ball to that wall.”
We are getting mixed messages. The mayor, in an indirect quote, seems to believe there is a blue wall of silence within the MPD, and the chief of police, in a direct quote, seems to believe there isn’t. It may be that the chief interprets a “blue wall of silence” as meaning that every single officer will lie. A May 8, 2019, article in the Southwest Journal, reporting on that same May 7 community listening session, includes the following: Arradondo “said the phrase implies that ‘every single officer in the department is involved in covering up something.’ ‘Have we had officers who have lied? Absolutely,’ he said, but ‘I do not believe that every single man and woman who wears the uniform comes to work lying.’ “
The question is: Do you and Chief Arradondo agree that, as in most police departments, there is a significant problem in the MPD of officers covering up for one another in incidents involving possible officer misconduct?
If you do, and if the WCCO-TV report was correct that you said you were going to take a wrecking ball to this practice, I am curious as to what you have done along those lines since that May 9 report. I have looked for something on your city website, as well as on your Twitter account, since that date and have found nothing specific. Has anything been done to address this issue? Do you have something in the works?
As you may know, as far back as 2004, former MPD Sergeant Michael Quinn raised this issue in a book he wrote specifically about this topic, with multiple examples given demonstrating its widespread presence within the Minneapolis Police Department. So, this is hardly a new concern regarding the MPD; it didn’t come to light only from the Mohamed Noor trial. It’s at least 15 years old, and really far older than that. But I am not holding you responsible for what’s been done in the last 15 years. I’m only asking what’s been done since that media report of May 9, or what you plan to do in the future.

Many people who call for greater police accountability applaud when an officer is sentenced to prison and when the city settles a lawsuit concerning an officer’s conduct. I am not one of them. More often than not, such lawsuits make allegations about the city’s conduct as well, that is, allegations of systemic problems that in part led to the officer’s conduct. And when the city settles such a lawsuit, none of those allegations are confirmed or refuted. And if those allegations are in fact true, since the city doesn’t publicly say so when it settles these lawsuits, we citizens never know what systemwide changes are needed. That is not a “transformational” result.
In the recently settled lawsuit with the Ruszczyk family, for example, the complaint alleged in paragraphs 46 and 47 that when officers Noor and Harrity were hired, only one psychological test was administered, despite the fact that national best practices said that multiple tests should be used. And paragraph 283 reads: “The inadequate assessor and assessment procedure in place since 2012 ensured that the city hired MPD officers that are unable to safely and effectively perform their duties as police officers.” Were those allegations true? If yes, are they still true? Were changes in psychological evaluation made after this incident? If so, are any further changes needed? If the previous evaluation system was inadequate, might there be an issue of current officers who had been deemed fit for service under that system? We don’t know, and we may never know, because there has been no real public discussion of these claimed inadequacies.
Paragraph 210 reads: “Numerous other [other than Officers Noor and Harrity] MPD officers repeatedly refused to provide statements to the Hennepin County Attorney’s Office during its investigation of the July 15, 2017, shooting of Justine.” And paragraph 214 reads: “Hennepin County Attorney Mike Freeman stated that during his 19 years as a prosecutor, ‘this [was] the first time that [he’s] ever had to subpoena police officers to tell [prosecutors] what they know.’ “ And paragraph 219: “Numerous MPD officers continue to hamper the Hennepin County Attorney’s Office ability to investigate and prosecute alleged wrongdoing by their fellow officers.” Are those allegations true? If they are, does the MPD have a problem? And if it does, is there a remedy to that problem? And if there is, who is trying to fix it—and how? All questions unasked and unanswered because of the way we handle settlements of lawsuits in our litigious society.
Or paragraph 222: “Not only are MPD officers routinely not disciplined when they change their stories or fail to cooperate with investigations into fellow officers, the Minneapolis Police Federation is empowering them to do so. There has been no response by the city, former Chief Harteau or current Chief Arradondo to curb this practice of behavior by MPD officers and the Minneapolis Police Federation.” True? If so, fixable? We don’t know, and we may never know, because that’s the nature of lawsuit settlements.
Or paragraph 226: “The MPD’s continued failure to discipline officers, through defendants and policymakers Chiefs Harteau and Arradondo, causes MPD officers to act with impunity and without due regard for the Constitution and laws of the United States, including 42 U.S.C. §1983.” Is this true? Did the city, in settling this lawsuit, agree with this allegation? I doubt that it did, but we really don’t know. Do the plaintiffs in this lawsuit have evidence that would support this claim? If they do, has the city examined it?
These are just a few of the systemic allegations that can be found simply by skimming through the complaint in this lawsuit. When such lawsuits are settled, maybe in a narrow sense we get “justice for Justine,” but we don’t get anything close to justice for Minneapolis residents. Practices and policies that may have led to the tragedy do not get aired in public, let alone addressed through making necessary changes, if such changes are needed.
So, I would suggest that the city adopt a policy that when lawsuit settlements are made, especially large settlements involving police conduct, a report be issued in conjunction with those settlements that addresses each of the systemic allegations made in the complaint: Which allegations does the city reject, and why? Which allegations does the city accept, what is the evidence supporting those allegations, and what is the city doing to remedy the situation? Only then can we citizens be assured that such lawsuit settlements will lead to transformational outcomes.
Although in the Justine Ruszczyk Damond settlement no such public accounting has been rendered, in your efforts to determine what lessons can be learned from this tragedy, I urge you to begin those efforts by looking at the allegations—in particular, the systemic allegations—made in the complaint itself. Maybe that won’t be sufficient, but surely it’s a necessary starting place. And while no report accompanied the settlement in this case, you surely could still issue one, explaining what the city has learned from this tragedy, what changes have been made as a result, and what further changes are needed.