There is a lot of controversy in the mental health community about what these labels mean. Some say labels are demeaning. Others feel that labels help people who have a mental health issue be more easily understood.
Everything and everyone are labeled in our culture. Some connote positive. Others connote negative. As knowledge about how a label affects a person or entity evolves, labels change. At one time the label “mentally retarded” was accepted as the correct label. However, the generally accepted term is now “developmentally disabled.”
One might wonder, what is the difference? A term like “mentally retarded” has only the meaning we as a culture ascribe to it. At one time, a person with limited cognitive abilities was generally considered inferior as a human being. One way to know this is to realize how the label is used in different contexts. For instance, “You retard!” was a way of insulting someone. Just the word “retarded” was so commonly used as a slur toward anyone in any situation, that over time, the professional community began to realize that the label had to change. The label just carried too much stigma. The term “mental retardation” no longer exists in professional texts describing the underlying cognitive deficit.
Back to the label of “schizophrenic.” It too has been used as a colloquialism that means, “Stupid, bad, confusing, awful,” and so on. This is the label that has been attached to myself and others with the same diagnosis. As a result of that sad fact, I cannot escape the label or its implications. If I tell someone that I have schizophrenia, that person will, for the most part, view me as scary, awful, confused and just plain crazy. I have seen this within my own family. As soon as my diagnosis was known, I was immediately removed from the labels I had earned. My former labels were, “successful, driven, brilliant, fearless,” etc. While things have changed for people with cognitive deficits, formerly referred to as “retarded,” those labeled “schizophrenic” are still ridiculed.
The label “schizophrenic” has other negative connotations. Often a suspect in a grisly murder will attempt to use schizophrenia as a mental illness defense. The suspect/defendant knows the symptoms of the actual illness and will claim to have heard voices, aka “command hallucinations.” Because of this, persons like myself are associated with violent and grisly acts. Many times these defenses work in criminal proceedings. What I have learned through receiving continuing mental health care is that persons who carry the “schizophrenia” diagnosis are much more likely to be the victims of violent crimes than the average person.
Back to the question, what does a label mean to persons who carry it? It depends on the label and the connotations it comes with. I feel that until the professional mental health community changes the diagnosis into a different word, the shaming and suspicion will continue. I live in fear that my diagnosis will be discovered. I do not want the consequences of the misuse of the label to affect my life. It has hurt me romantically, professionally and spiritually. It hurts. It hurts a lot.
Now that I have adequately explained what these labels mean, I feel that it is my duty to come up with a new label for those diagnosed as schizophrenic. I am currently in the process of finding ways to end stigma. Though the task itself is daunting, I continue this work because it has to change. I have to use my imagination. I have to convince the professional psychiatric community to change the label that is used in the “Diagnostic Manual of Mental Disorders.” That publication is updated from time to time. As a former attorney, I do have some persuasive skills that I can draw strength from.
A label that has stigma must be replaced. I have thought of a few reasonable alternatives.
One label that describes the symptoms of schizophrenia without stigma is “spiritually gifted.” Of course, it is obvious that this is a herculean task. Another word with no stigma attached is “crazy.” Some people may react negatively to that. The term “crazy” has many different meanings in different cultural contexts. The culture where I reside mentally is “Urban/Hip-Hop.” In that world, “crazy” means the best of the best. If someone who shares that culture with me says, “That album she dropped was crazy,” I know that it is a very highly regarded album. Something good.
In conclusion, a word has no meaning unless we ascribe one to it. The challenge faced by those bearing the label is how to get the majority of fellow community members to agree on one term only. The possibility of using an “Urban/Hip-Hop” label is within my reach. For others, this will never change their view in my lifetime. However, one hopeful fact is that as a whole, the professional mental health community is committed to political correctness. 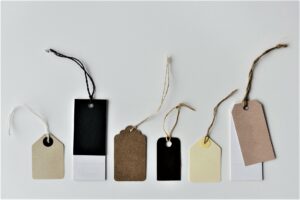